Our beginner's guide will show you how to get started in the game Endling. We explain how to survive and get food for young foxes and discuss the basics of the game.

Your main task in the game will be to search for food. Young foxes need a great deal of food to survive and develop survival skills. During the first 3 nights, you have to find food and take it to the burrow. 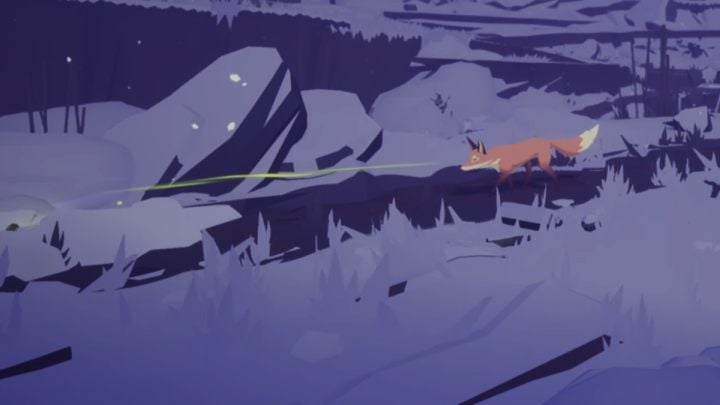 Use the L1/LB/L/C button for tracking. When you press the button, the controlled character will start using its sense of smell to track down the nearest food. Once you find the track, a green line will appear on the screen that will lead you to the source of the scent. Sometimes it will be a living animal, a dead fish on the path, or a bag of garbage.

Being in tracking mode, your character will move quite slowly. When you track down nearby food, the green line will last for about a minute. So you can quickly run to the source of the scent, and when you lose it, press the appropriate button to find it again. 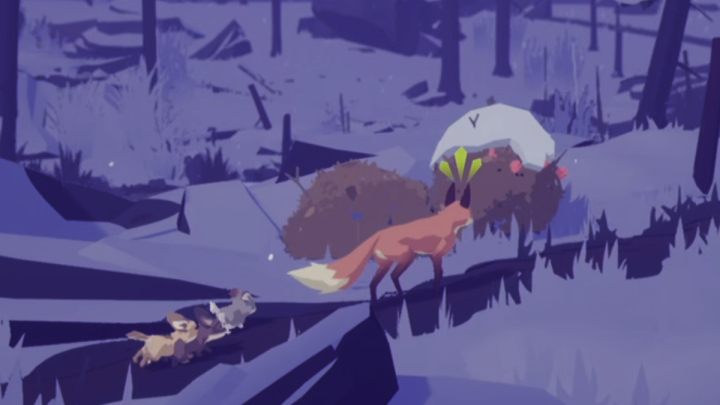 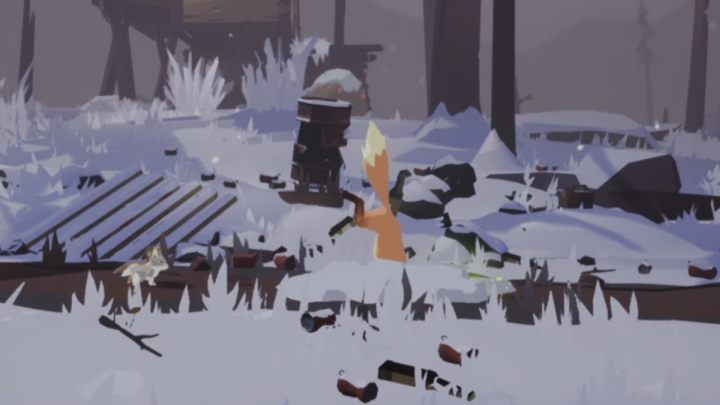 After finding a living animal, start sneaking up on it. Otherwise, the tracked character will start running away. When approaching an animal or its hiding place, press the interaction button to capture it. If the hunted animal starts to run away, start sneaking again to its new hiding place. 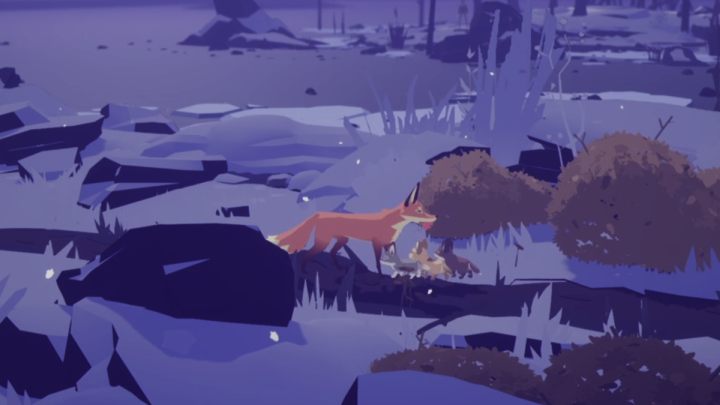 After 3 days, the young foxes will begin to follow their mother on a nightly search. From now on, they will need more food, and your character will be able to feed them as soon as you find something to eat.

As soon as you come across a bush with blueberries or hunt a wild animal, approach the foxes and drop the food held in your mouth by pressing square/X/F/B. Wait until the young foxes are full and continue searching for the next food. 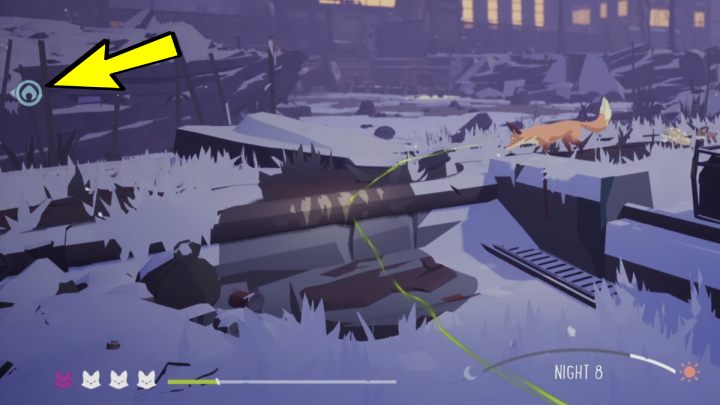 When the night ends, you have to return to the burrow to push the game's story forward. When the information about the morning is coming appears, an icon indicating the direction of the burrow will appear on the screen. Follow the icon or check the best way home on the map.

The approaching day will also bring new dangers. At the end of the night, the Furrier will start scouring the neighborhood and you might meet a tragic end if you cross his path. When you encounter the Furrier, his location will be marked on the map.

If the hunger bar of young foxes is low and you have not yet obtained any food, try to bring at least blueberries that you can find in the bushes on the way back.

Watch out for starving foxes 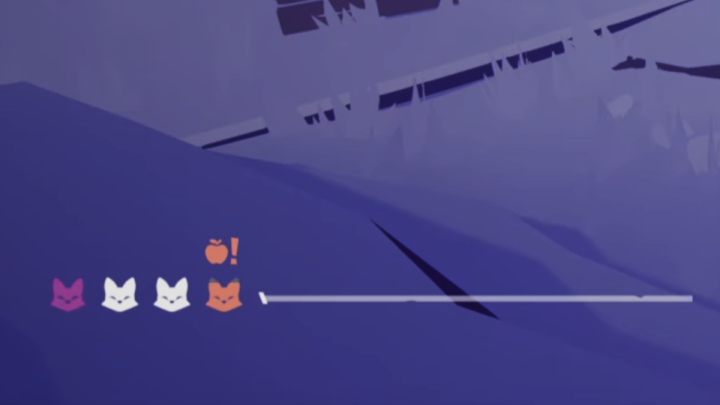 When the hunger level, represented by the green bar in the lower-left corner of the screen, decreases, one of your baby foxes will begin to starve. A hungry fox will run slower and be more vulnerable. The starving fox will also not be able to return to the burrow to sleep, so they will need to be fed it as soon as possible. 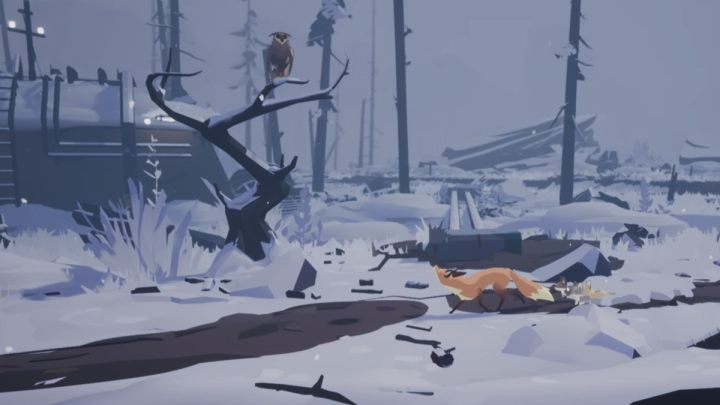 An injured fox won't be able to run, so avoid all hazards you can. Baby foxes are especially exposed to dangers - be careful when passing by a sleeping owl and avoid all people you meet during the night hunting. 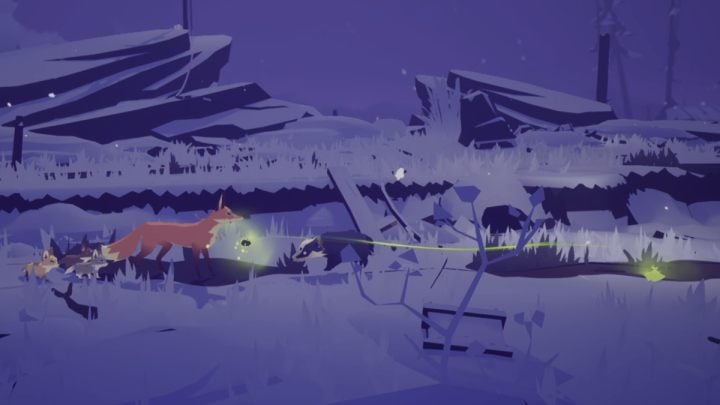 Badgers are an obstacle that cannot be passed by. The fox attacks and drops the food in his mouth when you get close to a badger. You won't be able to retrieve the item anymore, so whenever you see a badger, don't approach it and look for another way.

Badgers may be in a different place the next night, and other hindrances such as closed doors will be removed after a while.

Your character can also drop the food when digging a hole under the fence. Once you get to the other side, return to the place when you drop the food and and pick it up.