You have a lot of allies in Europe, protectorate in North America, quite good fleet and beautiful perspective. Do you want more? Thirteen Colonies to join the United Kingdom. To do this, it will be necessary to conquer New France and Cherokees.

British campaign ends successfully when they conquer regions scattered all over the world. Make sure that you have the possibility of transporting troops by sea. Try also (especially in North America) to build some good training centers. You have to worry about this from the first turn. 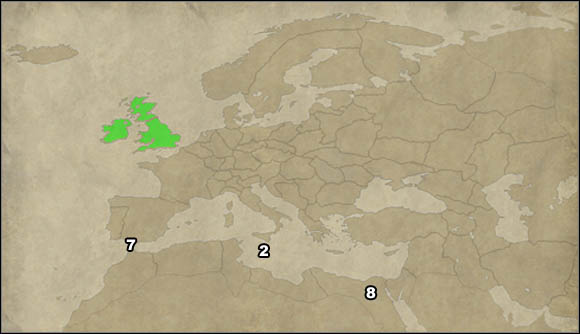 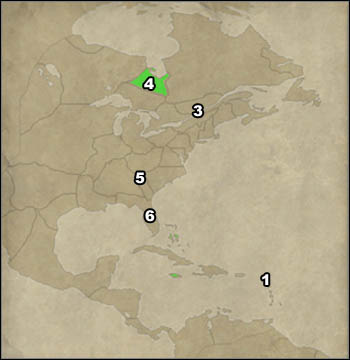 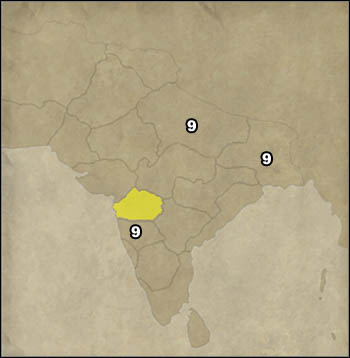 1. Start with Leeward Islands. Even a small army (6 line infantry units from Jamaica) is enough to conquer the province. Make sure that the fleet will be able to take your soldiers - gather your vessels and buy two brigs.

2. At the same time, start to train army in Great Britain. Send them to Malta. 10-15 units will be enough.

3. When you will stabilize the situation on the Leeward Islands, train some more troops in Jamaica. You'll get quite a big army, which will be able to conquer French New France. I suggest to take Acadia, Upper Canada and Newfoundland too.

4. When Huron Confederation will declare war to you, train some Hessian infantry to defend the Rupert lands. You may try to take their land.

5. Reinforce your army from the north and go to Georgia. Start war with Cherokees. Try to conquer the whole country, because then all American colonies will want to join you.

6. There is a chance that Florida will be occupied by Cherokees. The case is simple - take this land from them. If, however, that the land will remain in Spanish hands, it will be necessary to start a war with Spain (take your troops from Malta).

7. In the case of war with Spain send your troops from Malta to Gibraltar. After the conquest of Florida try to sign a peace with Spain.

8. Egypt. Once again use troops from Malta. One major should be enough, especially since the Ottoman Empire, is rather defenseless.

9. Last objectives are in India. Prepare your fleet and collect some army from North America (reinforced with some fresh units). Generally, you need three provinces - Bidzapur, Bengal and Hindustan. The creation of two strong armies that are ready to attack in two places at once is a very good idea. Do not hurry with the invasion, which must also be taken together with several priests to return the population.

At the time when Austria will attack France, it is good to declare war to France.

United Kingdom has the perfect conditions to trade at the coast of Africa, Brazil, etc., but in my opinion it does not make any sense. You will be able to set many trade routes at the beginning of the game. With only this you will get a small fortune in a short period of time.

You have Ruppert lands on the north of America. Send a priest from there to New France. As a matter of fact you will avoid some religious disturbances.