The Netherlands is the only country that begins with territories in all three theaters of operations. You won't have too many lands so try to make a living from the colonial trading. Note that your neighbors in America (France and New Spain) have very weak garrisons there.

Great Britain and Austria are your friends. You have also two strong opponents: Spain and France. 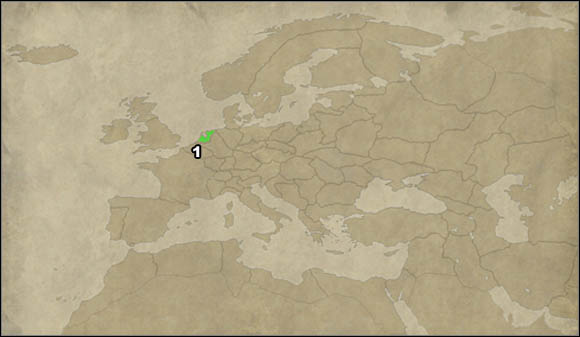 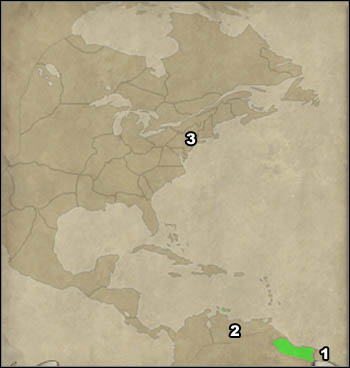 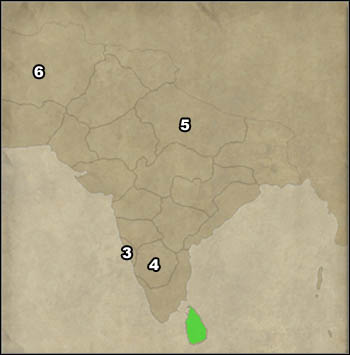 1. At the beginning try to attack Flanders in Europe and French Guiana in South America. If you will conquer them in the same turn then France and Spain won't be able to react quickly enough. You have to attack from Dutch Guiana and Netherlands. These countries can of course attack your fleet so try to make a peace with France (you can even send them some money - you will no need to fight will them later).

2. The other thing is with Spain. You will to continue your war against them by attacking New Andalusia. On Curacao train some Colonial Line Infantry, on French Guiana - Colonial Militia. With this army invade Andalusia. After this battle there should be no problems with peace with Spain and New Spain.

3. Now you must move your troops from Andalusia to New York (there should be no problem with this - you have a military access with Great Britain). At the same time you have to do the same thing in India (near Goa) - you will need a very powerful army there so be prepared. You can use some troops from Flanders, invest in technology too. If you will decide that you are prepared then conquer New York and Goa. You can try to take Pennsylvania too. They try to sign peace treaties. Great Britain should agree at once.

4. Now it is time to conquer the rest of the India. If Majsur still exists then I advise you start with it. In 95% of all cases it will be in the state of war with Marats so chose a moment of attack wisely (the best option is to attack them at the end of their war). Send many VOC Infantry units there and improve them to win these battles.

5. Now try to take Hindustan. Take every province with three, big land armies. Try to remember not to attack too quickly - you will need some time to return conquered population to your religion.

6. If still do not have enough regions the I advise you to attack Persia. It is the best strategy to attack with the same speed as with Marats and Mongols. Give yourself some time to return your people.

When the war between Austria and Prussia will start then support Austria. As a matter of fact you will be able to send your corsair troop to the Prussian trade routes (it is near your capital city). Prussia shouldn't attack you.

In Ceylon build some trade ships (the best option is to construct some Indiamans) and them east to the islands. Any other country will do the same thing, pirates are less active there too. Of course you have to set trade routes with all European countries.

After conquering Flanders keep there 4 or five regiments to be sure that France will not attack you.

When fighting in India try to be patient. Move very slowly to return the people. Keep your army in all cities and build some new churches to stabilize the situation.