We can divide countries in Empire into two main categories - major and minor.

The Republic of Poland

Main attributes of these countries are:

4. importance in trade and international diplomacy;

5. not many troops for one province;

6. strong diplomatic connections with other countries;

7. easiness to make a peace;

Of course situation in the game may be different. When one of the main country will loose too many territories(and it is close to collapse) it will start to look like a minor country. 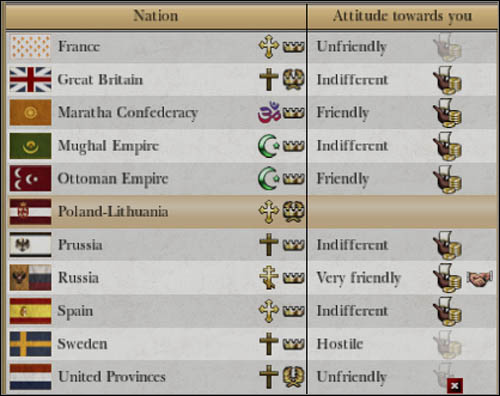 War with the one of the main countries are conducted on land and on the sea. These countries in most cases have access to the sea and some dockyards. It is pretty easy to conquer small provinces etc. The things may get more complicated near the capital city. This is the place when most of the troop are gathered.

Main attributes of these countries are:

3. many soldiers per capita;

5. almost unable to make a peace;

6. almost at once you can take them under your patronage. 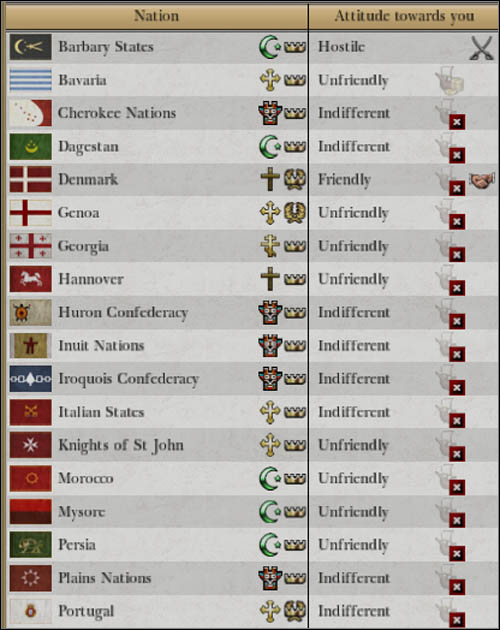 Minor countries can be a very good trade partners. They don't have huge ambitions and their army is very weak (couple of regiment to secure small territory). However their capital city is always strongly defended. Every war with that type of country will be short and very painful. Instead of war you can always try to take them under your patronage.