The same thing is with fleets. When ships are in their reaction zones (mark as green on the picture below) then they can support each other. 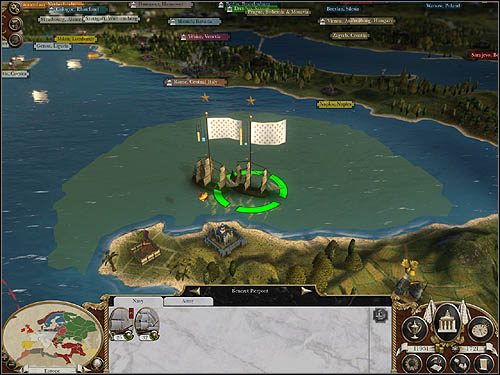 You can repair your vessels only in the harbor. Is good to do that because this can result in more experienced army (older ships will not be defeated so easily).

Sometimes your land troops can move using ships. Note, however, that you cannot let them to land at any place (they may lost their turn and won't be able to move). This situation can be prevented. If you want to attack enemy country, you can simply order your ship to enter the enemy port. After landing, soldiers will be able to move in the same turn and even attack some fortress. 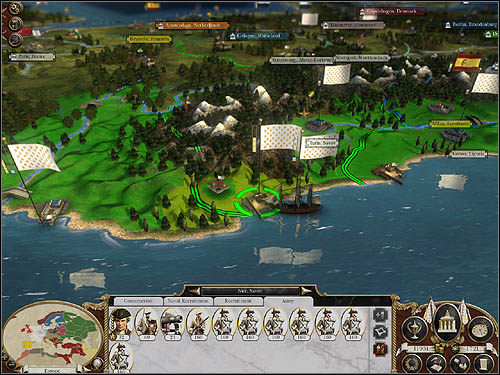 At the cost of the Brazil, West Africa, Madagascar and Philippines you can find regions that can serve you as a colonial trade zones. You can deploy your trade ships there (dau, indiaman, flueta, galleon, etc.) in special paces marked with anchor. From this moment you will be able to import some exotic goods (like ivory). Generally, the more vessels you will put in the place the more gold you will earn. But note, that the amount of money for one ship will be lower. Let me put it in this way: if you have one ship then you can earn 500 monetary units, but with two vessels the maximum amount of money will be between 501 and 999. The total amount of money that you can earn from this type of activities depends on trade agreements which you have at the moment. 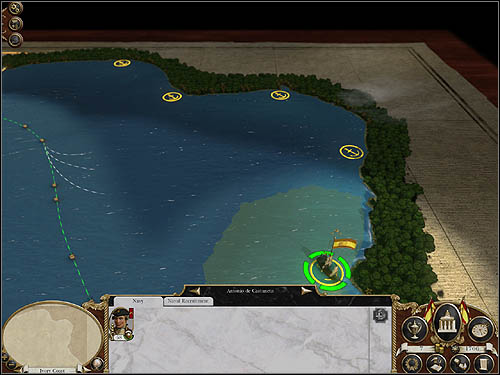 In these regions pirate fleets are very common. Always try to keep your ships near colonial trades zones or your territory. If somehow it's impossible then better prepare your troops to the fight with pirates. 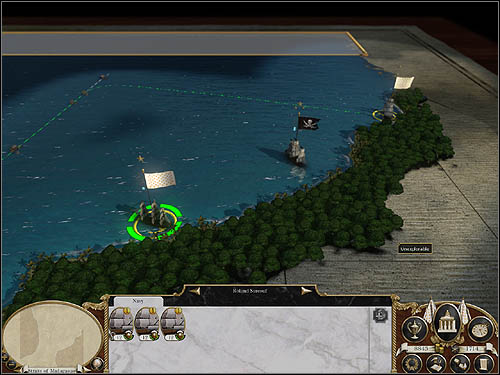 Remember that you can be a pirate too. In Empire it is possible. Just make some new ships and look for some enemy trade routes (they are marked with red lines). If there is no battleships of your opponent in this area (it is possible - for example The Ottoman Empire is trading with countries in America, but they don't have any battleships in this region) then you may try to attack. Just put your vessels on the route. Your ships will automatically assault enemy trade ships and capture all goods and gold. 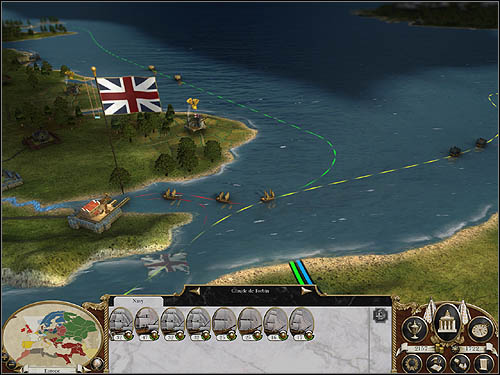 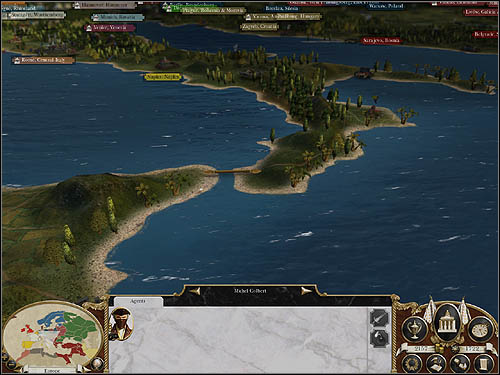 You can attack some water crossings too.
See/Add Comments
JOIN FOR UPDATES