Note that most of the ships available in the game have a word "line" in their name. This means that they have to move in Line Astern Formation during the battle. Ships are sailing one after another (as it is shown in the picture below). 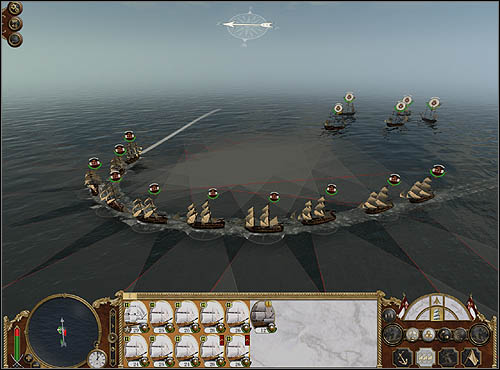 Computer opponent will sometimes use the line astern formation too

To be able to move effectively in that formation, set your ships in one line before the battle (you can use formation panel shown in the picture below), and then select and group them (Ctrl + 1). Since that time, ships will sail in the line astern formation. There is a risk that it will broken, for example if one of the ships will be sunken, or when you start giving your orders too fast. 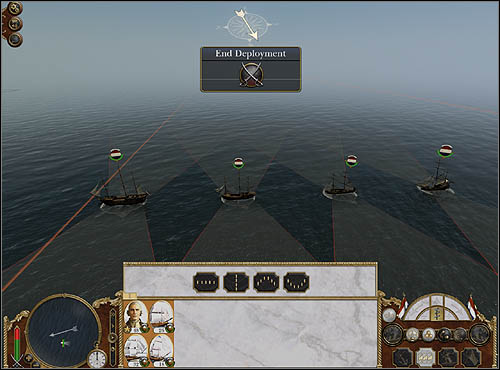 Why is good to use line astern formation? Note that this arrangement is almost perfect - only stern of the last ship is unsecured. You can sail along enemy fleet fire at him from your cannons.

You can either order your ships to sail near enemy and fire at will, or give them an order to attack a specific unit. If the enemy is also using a line astern formation, I recommend to destroy the last ship - your units will simply fire at its stern. That kind of action can result in two ways: you will sink this ship or force him to turn (that will break opponents formation).

I do not recommend to use side volleys. First of all, they require you to be very precise, and secondly they cannot be launched if you're not operating each ship individual - and such action could easily break the line astern formation.