On this page of the guide to Empire of Sin, you will find the characteristics of Dean O'Banion, who is one of the bosses available in the game.

Dean O'Banion is a fierce rival of Al Capone's. He's the head of The Northside Mob. On the map it is marked in light green. He is an influential man with many contacts in his native Ireland. 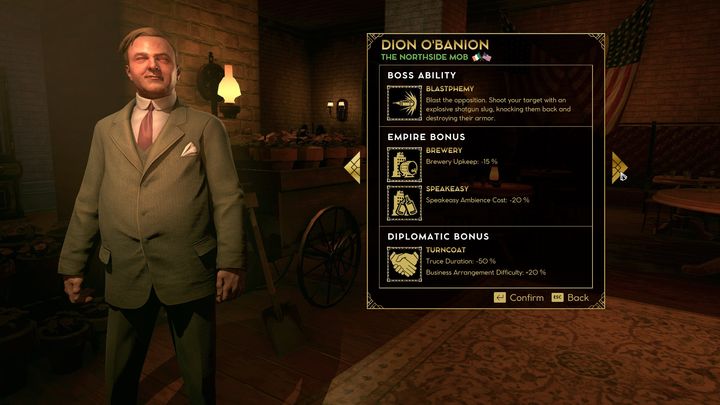 How to play as Dean O'Banion?

Dean O'Banion is a character that will work whether you want to play diplomatically or more aggressively. You can also build your empire based on any business. So you have a lot of leeway.

During the clashes, Dean O'Banion will work well at almost any distance. It is better, however, if you decide to fight at closer distances. That way you will be able to use his special ability effectively.