On this page of the guide to Empire of Sin, you will find the characteristics of Daniel McKee Jackson, which is one of the bosses available in the game.

Daniel McKee Jackson is in charge of the Vice Kings gang. It is marked in blue on the map. He's an educated man, well versed in casino and brothel management. 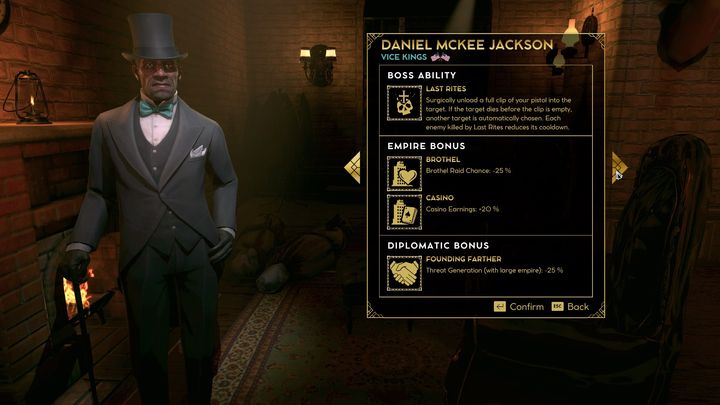 How to play as Daniel McKee Jackson?

Daniel McKee Jackson will work best if you prefer a more diplomatic approach to the game (however, he is not completely defenseless). Single disputes will not be a problem, but fighting on too many fronts can prove fatal. This mob boss is also a good choice if you want to build your empire on brothels.

In a fight, Daniel McKee Jackson will perform well on short and medium distances. Equip him with a short piece and a shotgun or machine gun.