On this page of the guide to Empire of Sin, you will find the characteristics of Al Capone, one of the bosses available in the game.

Al Capone is a historical figure who does not need any introduction. In the game's story, he has moved to Chicago straight from New York and leads a group called The Chicago Outfit. On the map, it is marked with navy blue. 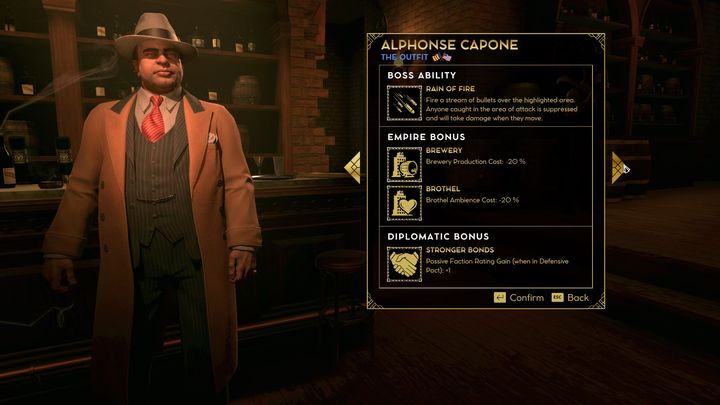 How to play as Al Capone?

Al Capone is effective no matter how you want to run your empire. By choosing this character, you can gain an advantage in the bar segment right at the start. It's because, from the very beginning, you can serve better quality beer. In addition, you can also invest in brothels, which are low-risk businesses.

During fights, Al Capone will prove himself in any conditions in which you place him. You can safely choose the weapons which most suit your playstyle.