On the following page of the guide to Empire of Sin, you will find the characteristics of Salazar Reyna, one of the bosses available in the game.

Salazar Reyna leads the Los Hijos de La Llorona gang, which is marked orange on the map. He came to Chicago from Mexico. This man specializes in more aggressive tactics. He also has a predisposition to run brothels and casinos. 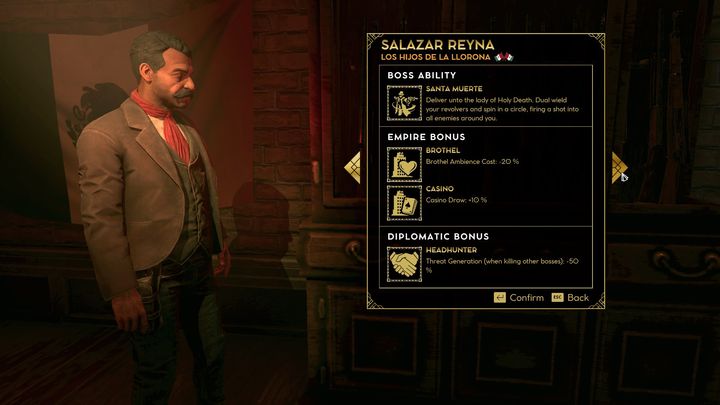 How to play as Salazar Reyna?

Salazar Reyna is a good choice if you want to play aggressively. This character is able to minimize the negative effects of his aggression towards other groups. In addition, this boss proves useful when you build an empire based on casinos and brothels.

During conflicts, Reyna should be equipped with a short weapon for fighting at medium range. It will match his special ability. In addition, you can choose any weapon that will be more consistent with your style of play.