On this page of the guide to Empire of Sin, you will find the characteristics of Sai Wing Mock, which is one of the bosses available in the game.

Sai Wing Mock leads the Hip Sing Tong gang. On the map, it is indicated by color (orange?). A man of Chinese descent who specializes in diplomacy. He also has experience in running brothels and casinos. 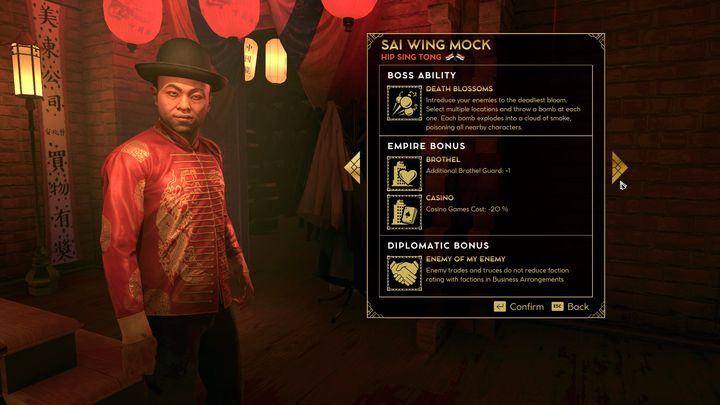 How to play as Sai Wing Mock?

Sai Wing Mock is a boss that works great if you want to focus on more peaceful solutions. This character is able to avoid drops in the faction rating of the gangs he works with. In addition, this boss is useful if you want to base your empire on casinos and public houses.

In combat, Sai Wing Mock will work well in any range in which you place him. You can safely choose the weapons which most suit your playstyle.