On this page of the guide to Empire of Sin, you will find the characteristics of Joseph Saltis, one of the bosses in the game.

Joseph Saltis is in charge of the Saltis gang. On the map it is marked in beige. A man of Hungarian descent whose forte is running bars. In addition, he works in more peaceful solutions. 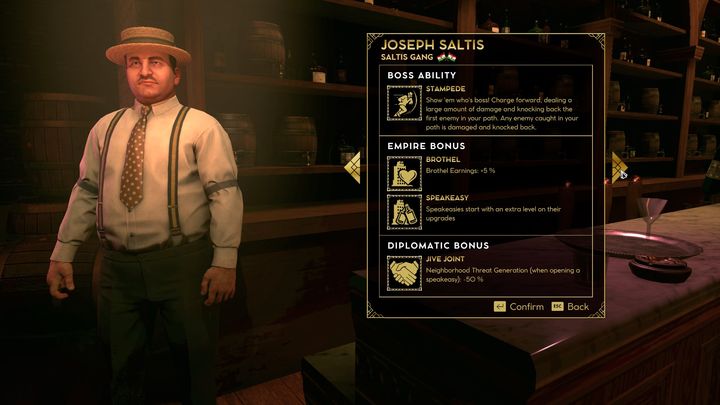 How to play as Joseph Saltis?

Joseph Saltis is a character that works great if you aim for more diplomatic gameplay and plan to build your empire on establishing relationships with other gangs. In the case of this boss, it is also important that you do not give up on building speakeasies. They will grant you more security.

In combat, Saltis will work well at any distance, so the way you should arm him depends on your preference.