On this page of the guide to Empire of Sin, you will find the characteristics of Goldie Garneau, one of the bosses available in the game.

Goldie Garneau runs the Fortune Tellers gang. It is marked in yellow on the map. At first glance, this Canadian woman does not seem dangerous. Although she's better at diplomacy, she knows how to handle herself in combat. 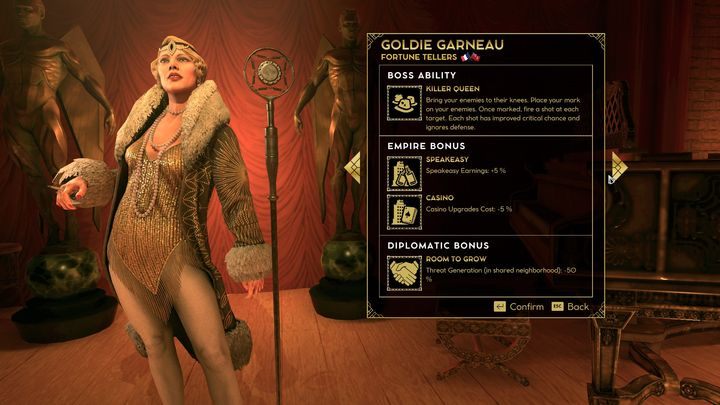 How to play as Goldie Garneau?

Goldie Garneau is a boss that works best if you want to advance through diplomacy. However, picking her still leaves room for more aggressive action, especially in neighbourhoods that are not dominated by your gang.

Garneau is not defenseless. During skirmishes, she works particularly well in middle-distance combat. Equip her with short arms and a machine gun.