On this page of the guide to Empire of Sin, you will find the characteristics of Elvira Duarte, one of the bosses you can pick in the game.

Elvira Duarte is a Mexican woman with a criminal background. After moving to Chicago, she became the leader of the Los Luceros gang, marked on the map in pink. She works best if you're planning on playing offensively. 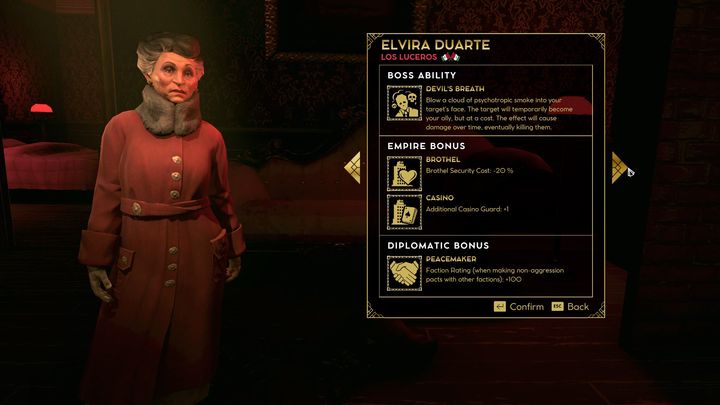 How to play as Elvira Duarte?

Elvira Duarte would be a good choice if you're looking to play on the offensive side. She has some bonuses that will allow you to secure chosen rackets cheaper and better. When you play as this character, it's definitely best to base your business on brothels and casinos.

In combat, she works best at a short distance. That way she will be able to use her special ability. This is especially important in fights with larger groups of enemies. Shotgun will be the optimal weapon for her.