On this page of the guide to Empire of Sin you will find the characteristics of Angelo Genna, which is one of the bosses available in the game.

Angelo Genna is a criminal of Italian origin. He's the boss of the Genna crime family. Her properties are marked on the map in dark red. This mafioso will work best if you are planning to invest in bars. 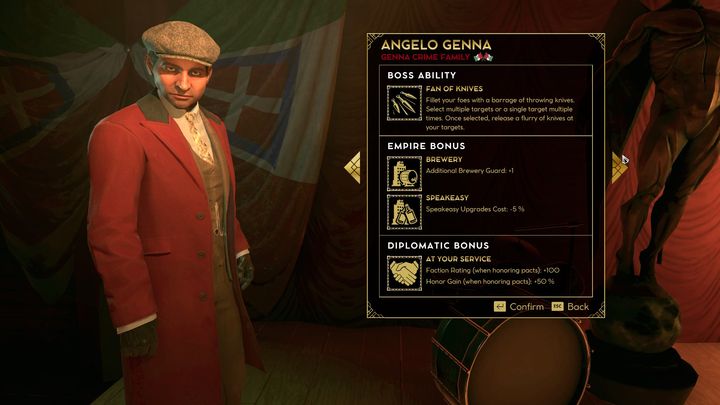 How to play as Angelo Genna?

Angelo Genna is a character who proves himself on the level of diplomacy and a more combative approach. This boss can easily gain a positive reputation among the gangs by keeping his contracts. He's also great if you want to build an empire based on speakeasies. Angelo will grant you cheaper upgrades to the pubs.

In combat, he is best suited for short and medium distances. That way he's able to use his special ability. That's why it's best to equip him with a rifle and a short arm or a machine gun.