On this page of the Empire of Sin guide you will find information about what a synergy is.

The concept of synergy is understood as the interaction of different objects, so that the effect of their action is amplified. In the game, this effect occurs when you put the right number of buildings of the same type in a given district - you will get a bonus for doing that. In total, there are 5 types of synergies:

You can have several types of synergies simultaneously. The neighborhood panel will inform you which synergies are currently active. 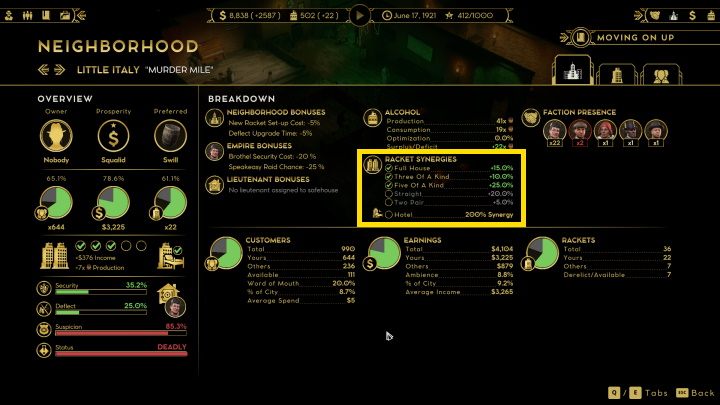 If the synergy level is high enough, you will be able to erect a hotel, which will bring even more customers to the district.