On this page of the guide to Empire of Sin you will find the characteristics of Mabel Ryley, one of the bosses available in the game.

Mabel Ryley is the boss of the Alley Cats gang, where she inherited power from her late husband. On the map, her properties are marked navy blue. She's a woman who works well in diplomacy and combat. 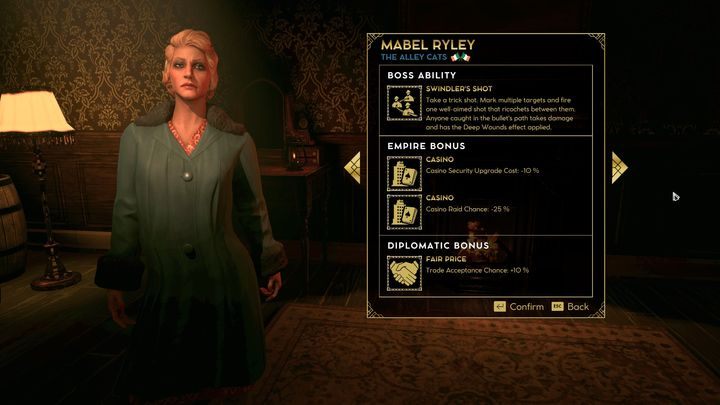 How to play as Mabel Ryley?

Mabel Ryley is a very strong boss. She works great when you want to grow a casino-based business. Her bonuses allow to minimize the risk of an attack on this type of racket, while reducing the cost of improving protection. In addition, she will be effective if you're aiming to use diplomacy and trade agreements.

This boss is also great in battle. Mabel has a powerful special ability that allows you to track several targets and launch missiles that ricochet between targets.