On this page of the guide to Empire of Sin you will learn how to heal your characters.

How to restore a character's health?

During fights, your teammates may get injured. If you don't want to lose your companion, you'll need to heal him. Initially, the only possibility is to use items such as the first aid kit. You can get them during fights or by buying them on the black market. 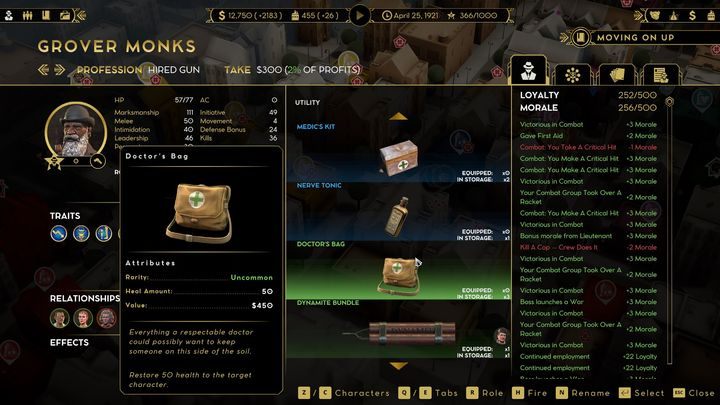 However, over time, the characters with the doctor profession will be able to learn a healing ability that will help keep your wounded units alive. Though keep in mind that you can not use them every turn. They need to regenerate for a certain amount of time. 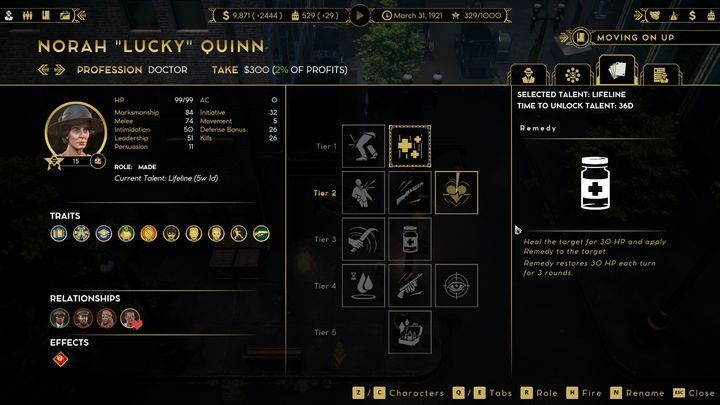 What happens if I don't heal a wounded squad member?

What happens to a wounded character after a lost fight depends on the degree of the damage they've received. If the loss of health points is insignificant, nothing will happen after the fight, and the character will start to regenerate gradually. When damage is more significant, the character will be hospitalized and will have to stay out of action for a certain number of days. The moment HP drops to zero, the character dies.

Nevertheless, sometimes the loss of health has positive consequences. Some recruits have additional abilities that they'll activate only if they're injured. The skill might, for example, make the character target opponents automatically.