On this page of the guide to Empire of Sin you will learn more about the turn-based combat system in the game.

The course of a fight

While most of the gameplay takes place in real time, the developers had decided that the battles will be played in turn-based mode. Skirmishes begin the moment you decide to attack a building or come within an enemy mobster's line of sight. 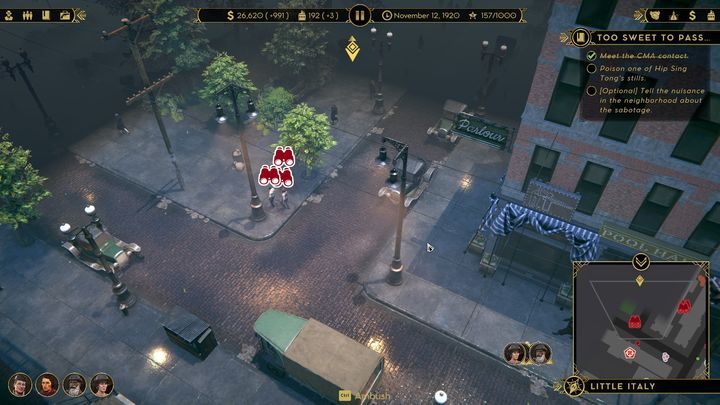 Gang members are walking the streets of Chicago. If they're hostile towards you, they'll attack.

The order of turns is strictly defined and there's not much you can do about it. All you can do is "send" a given character to the end of the queue, so that they perform their actions after everyone else has had their turn.Each person taking part in a battle has at their disposal two action points, which you can spend towards moving a given character, leading an attack or reloading a weapon. Switching between equipped weapons can be done at will.

The number of action points required for an attack depend on the type of weapon a team member is using. If it is a short weapon, it will consume only 1 AP. When a character is using rifles or shotguns, they will be able to shoot only once per turn.

Naturally, pistols are the weakest type of firearm, so you'll only get an enemy killed with it after loading them with a few bullets. This is, however, the type of weapon that will work best at medium range, offering the greatest hit chance. Machine guns and shotguns are lethal at short ranges, while sniper rifles wreak havoc on enemies from afar.

When selecting the equipment, make sure that each member of the team has both short and a long-range firearm. This way, they will be able to attack, even if they decide to make a move (the squares on which the selected character can move to and still be able to take a shot afterwards are highlighted in white). In addition, this will allow you to attack those opponents that would otherwise be impossible to hit with a specific type of weapon. You can also load your weapons with different types of ammo to increase the power of your attacks. You can change weapons from the corresponding crew member's management panel. 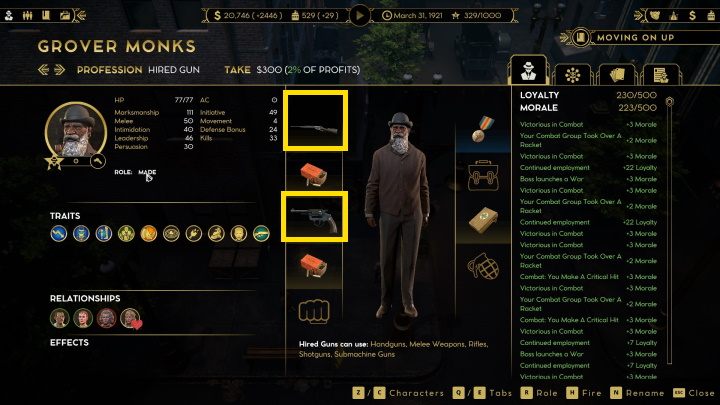 In addition, the characters can also fight hand to hand. This is the least safe way to fight, because it requires being in the immediate vicinity of the enemy. If they have a shotgun, it could be fatal for the attacker.

Another important rule during the fight is to avoid keeping the team in one place. Opponents might have grenades on them. A single explosion can hurt many of your characters at once, which in turn can cause a total party kill. Naturally, it works both ways. You also can use explosives to destroy enemy groups.

During the fights, remember to use the various objects provided by the environment for protection. Every object can act as a shield in order to protect a character from shots coming from one of the directions. The larger the object, the lower the chance of getting hit. The level of protection is indicated by the shield icon that appears next to the character. 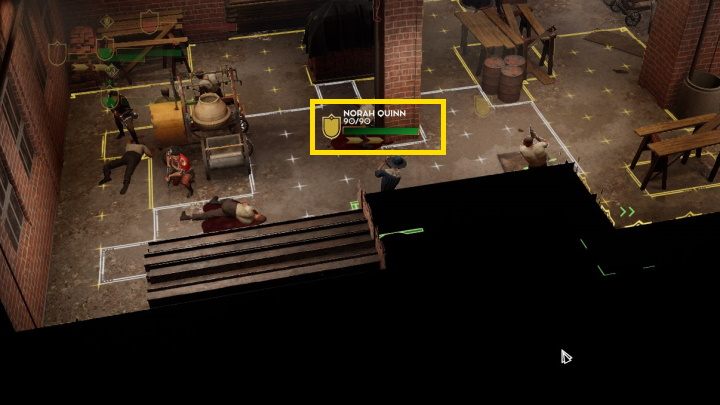 After each battle, you will also receive a special calculation, which shows the balance of losses and gains your skirmish has caused.

Each person recruited to your team has a specific specialization, which makes them better suited for specific activities, e.g. a doctor will be better suited for the treatment of those who have been wounded on the battlefield. In addition, every character is able to carry specific types of weapons. 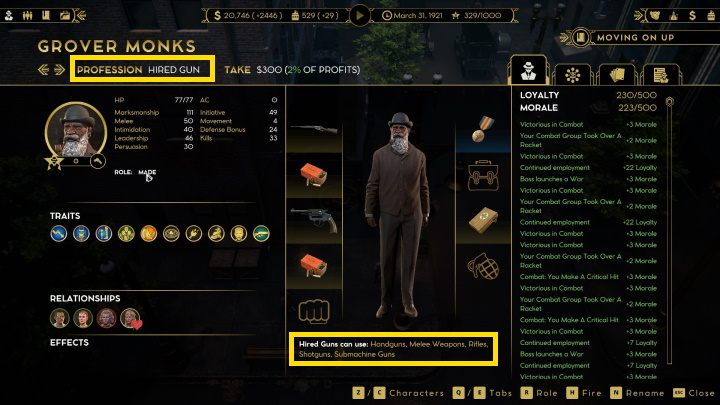 In combat, the best team is the one that's the most diverse, effective in combat at any distance.

However, the relationships between characters make it more difficult. On the recruit panel you will find their relationships with the others. If you try to hire a person who is in conflict with a person that's been recruited earlier, they will refuse.