In this guide to the Elite: Dangerous you will find plenty of tips and pieces of information which will help you with taking your first steps in your galactic career. From tips concerning the basic flight system up to the choice of a controller, earning money and acquiring the Elite rank. This guide is based on the 1.0 version of the game but it will be expanded and updated every time a new add-on or a major patch will appear. You will find here the description of every ship, piece of equipment, a detailed info on the market aspect and so on.

Topics which will be described consist of: 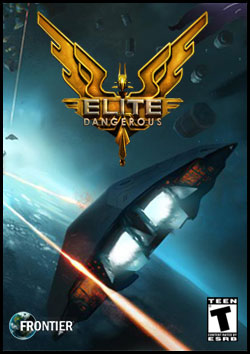 In Elite: Dangerous the player assumes control of a remote interstellar ship and travels to the far reaches of the universe, performing various tasks, and getting rich thanks to the trade.

The action takes place in the distant future, in a time when humanity had colonized countless planetary systems. In the universe created by the developers, the dominant role is played by the three superpowers - the Empire, the Federation, and the Independent.

The essence of the game is simple - at the start we get a small ship and a hundred credits, then we are thrown into the Milky Way with 100 billion stars, and it depends only on us what we will do next. We decide whether to become a stellar merchant, a pirate, a bounty hunter, an assassin, an explorer, a miner, or we can also freely combine these activities. The game features a dynamic combat system which takes into account the principles of physics of the space.

In Elite: Dangerous, solo and multiplayer modes are not separate. Instead, the participants themselves decide whether they want to play alone, or initiate a game for a group of friends, or those who are willing to join in.