The map above shows initial locations of potential companions. Below, you can find information on how to join a given character to your team. More detailed descriptions for these missions can be found in Walkthrough - Companion quests.

Duras is a member of the Berserkers. You meet him right at the start of the game but later you can find Duras in hotel's ruins in Goliet. A Berserker Warrior quest, that you get during a conversation with him, allows you to join Duras to your team. You must solve Askor's mysterious death. You have to interrogate a few people but you will find out that Duras is the murderer. You can turn him in or protect - the first choice means that you have to fight with him and the second allows you to make him your companion. 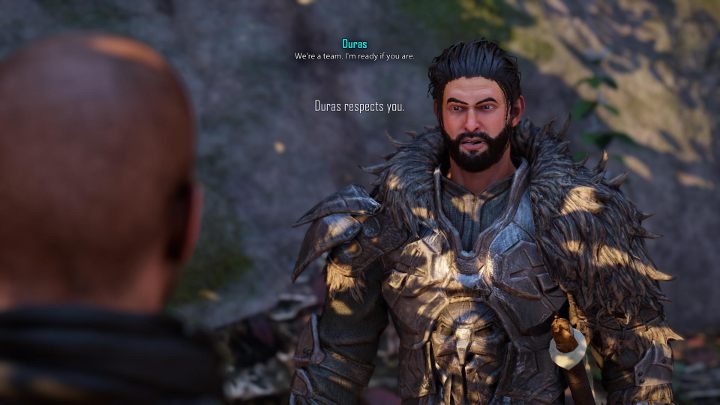 Arx is an Albs-Separatist who can be found near Domed City. After getting closer to his camp Arx will recognize the main hero. Have a short conversation with him and after that he will join your team. 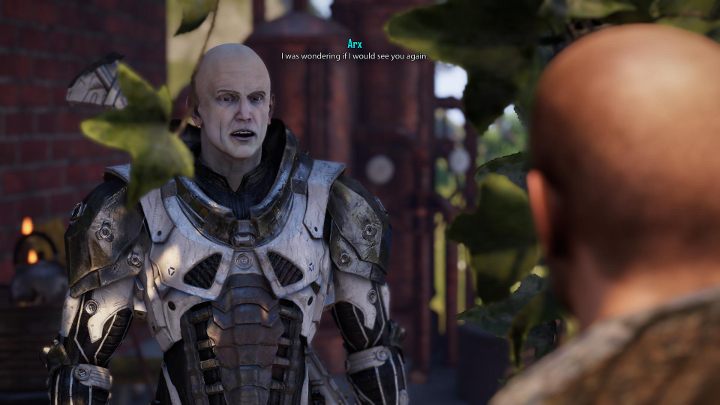 Falk is a member of the Clerics. You can find him at the top of the Converter in Edan. He joins you without any quests but reaching him can be rather problematic - the Converter is full of dangerous monsters. 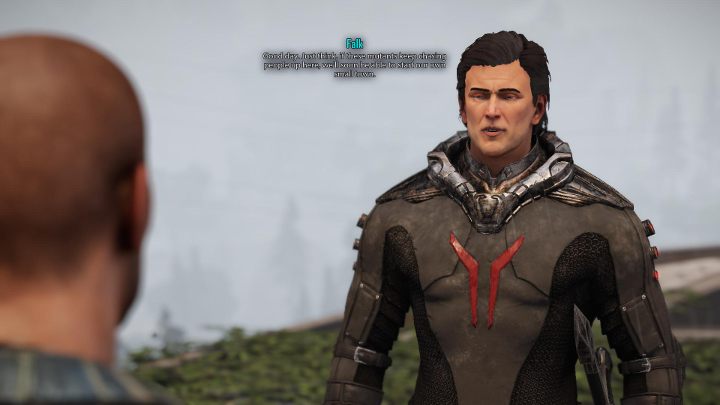 Nasty is one of the most influential people in the Outlaws. In order to get her to join your team you must complete a difficult quest - Angry Girl. She can be found in The Fort and initially she doesn't want to talk with you. You must complete a few missions in the city and after that her guard will inform you about a possible audience. Nasty asks you to hunt some monsters - we suggest to have a well-developed character because, when the dialog ends, you will be transported to a location with monsters. Kill your targets and talk to her again. Ask the woman for another challenge but this one requires a character at levels 15-20. This time, you must defeat El Colosaro creature. Defeating the monster allows you to join Nasty to your team. 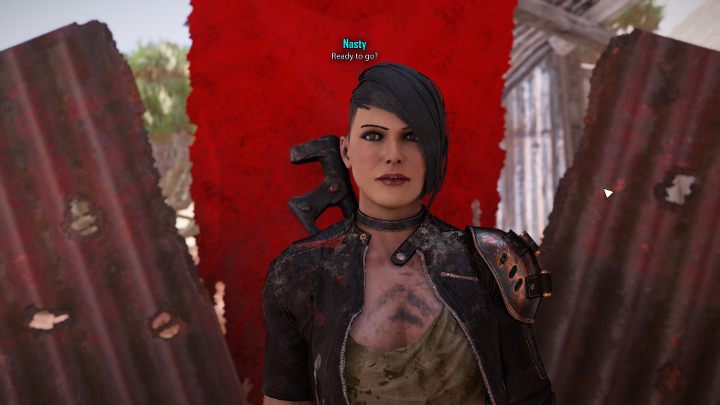 C.R.O.N.Y. U4 is a useful companion that, from time to time, will bring you Natural Elex. Joining the drone is possible after completing a difficult and time-consuming quest - A Half Defective Tin Can - which can be started right after beginning the game or after finding the drone in The Pit in Goliet. Talk to the drone in Goliet. You have to go to the Converter in North Abessa in order to find a chipset - the Converter is protected by Albs and mechs so this fight will be very challenging. After collecting the part, you can go back to C.R.O.N.Y. U4 and then the drone will join your team. 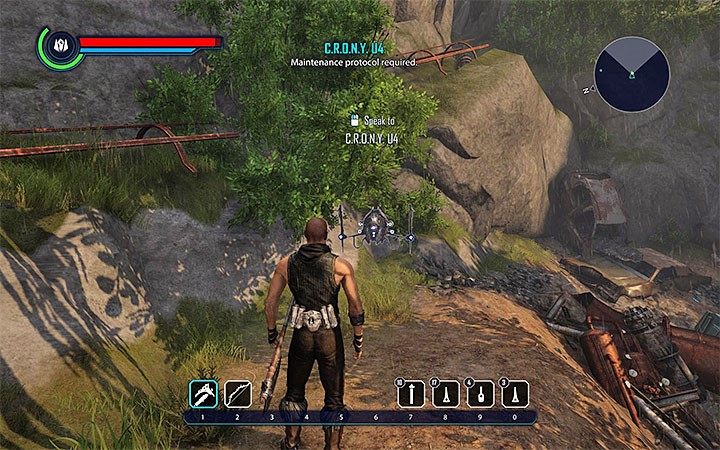 Caja stays in Domed City and she can talk to you during your first meeting. This conversation starts Chosen quest - agree to meet her near the main gate. You can now ask her to join your team and start searching for Elex deposits together. 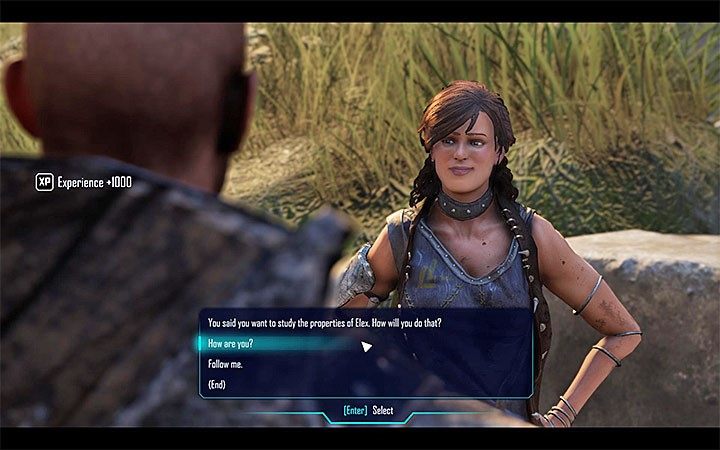 In order to join Ray to your team you simply have to go to Sandy Pines motel - offer him your help in searching for his wanted posters. This starts For a Handful of Shards quest. From now on you can start helping him and visit locations connected to the quest together. After that he will join your team.