Lands of Abessa are similar to those that can be found in Edan - you can travel without any problems but exploration of some of the locations should be postponed until you develop your character a little bit. Watch out for snowy terrains of Xacor (which are next to Abessa) because these lands are filled with dangerous enemies that are impossible to defeat by a beginner's character. Abessa's most important places are Domed City and Origin village which is visited during one of the main quests - there, you can find a few missions that can give you a lot of experience.

Domed City is a location controlled by the Clerics (discovering a teleporter near Domed City also unlocks one near The Hort, the Clerics' headquarters). You can have some problems with entering the city because you need the right ID card - you can get it after completing a short mission (more information can be found in the FAQ section - How to enter Domed City?). There, you can find a few traders, trainers and you can join a new ally to your team - Caja.

Below, you can find a list of quests that are available in Domed City that shouldn't be a problem even to a beginner's character (this means that you should complete them to get additional experience):

Mental Game - a very simple mission that activates during a conversation with Gottfried who stands on a roof of Domed City's main building. Gottfried forgot what he was talking about. For reminding him you get 100 XP and 25 Elexit. Select the third dialog option - "43 degrees, eastwards".

Vacancy - this quest is received from Vivian. Your goal is to find the best candidate that can work as a technician. Vivian mentions three people - regardless of your choice you will get 200 XP and 230 Elexit. 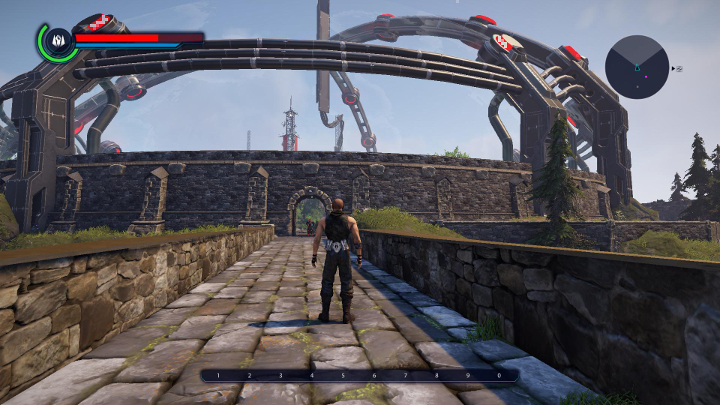 Domed City belongs to the Clerics.

Below, you can find a list of traders and ability trainers who are available in Domed City: