Edan is a place in which you start the game. At first glance, the terrains here may seem a little bit idyllic (the Berserkers try to renew the ground that was destroyed by the falling comet). However, its forests and ruins hide many dangers - some monsters that live in Edan are impossible to defeat without a well-developed character which means that a full exploration requires a lot of experience. Some places can be visited right after starting the game but the rest of the locations may require your hero to be at about level 15. The most important location in Edan is called Goliet which serves as the Berserkers' headquarters.

Goliet is located in Edan and the city serves as the Berserkers' main base - the faction is led by Ragnar but you can also find other important characters such as Cormag and Angrim. This is probably the first big location that you will visit. Here, you can buy better gear (that is useful in the first few hours of the game) - such as Horned Sword or Hatchet. Goliet also offers a lot of quests but some of them require that you visit hard-to-explore places, however, you can return to them later. Besides that, you can also recruit Duras - travelling with a companion is better than being alone.

You can complete a few simple quests that can give you experience: 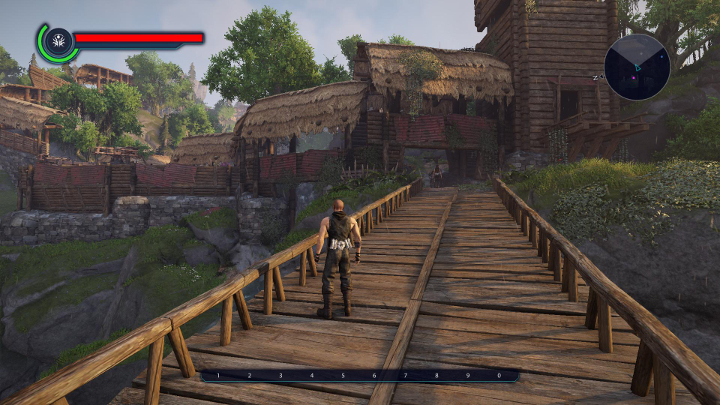 Goliet is a city taken straight out of medieval times.

Below, you can find a list of traders and ability trainers who are available in Goliet: