After joining the Outlaws faction in Elex (Desert Vultures quest) you receive the lowest rank, Runner. You can complete a few actions that will allow you to reach Enforcer rank. This is possible only if you speak with William and fulfil the following requirements:

How to unlock this quest: Speak with Rat or Blake in The Fort. 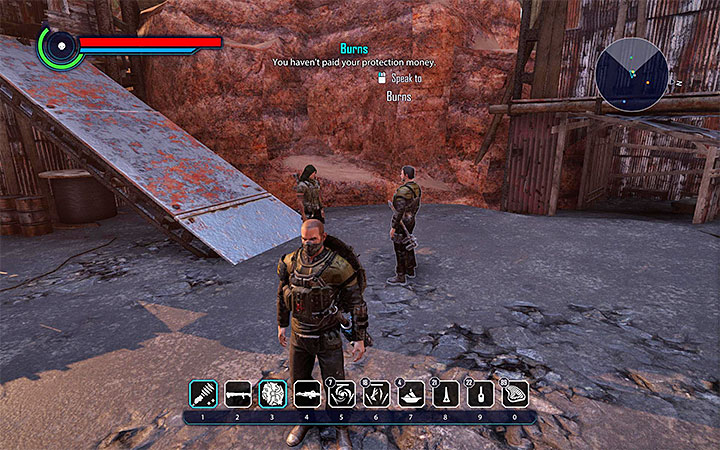 Stand close to the people that have a conversation

Rat or Blake (depending on who is the current security chief in The Fort) can give you a quest in which you must investigate a process of collecting fees from citizens that live in The Fort. You must trace Burns who is doing rounds and takes Elexit from NPCs. You must always be close to people that he meets (you must be close enough them to be able to listen to their conversations). Luckily for you, if you get too close, you only receive a warning and Burns will go back to his previous activities. You must overhear three conversations and wait for Burns to take collected money to Rat/Blake.

Speak with Rat/Blake and decide what you want to do. You can:

In default, this quest will end in this moment (200XP). The exception to that is a situation in which you told the truth and you have to repay Rat/Blake a favor. You can be asked to murder Burns after he gets send outside of The Fort.

How to unlock this quest: Speak with Chloe in The Fort. 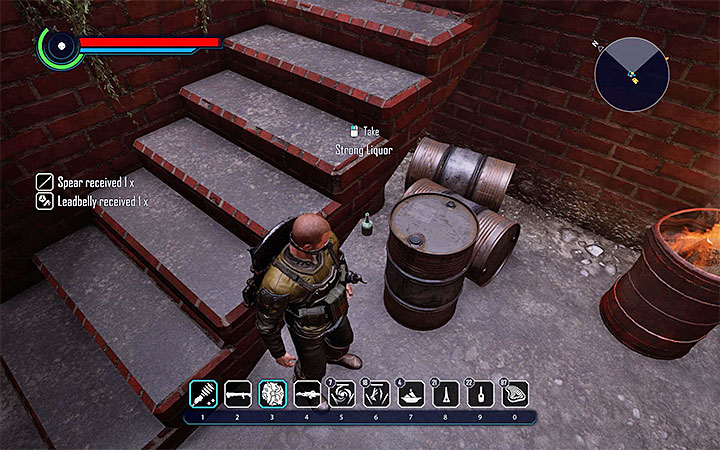 1 out of the 10 bottles is hidden near the stairs

If you want to get Chloe's support, you need to bring her 10 bottles of Strong Liquor. You must search for them in a military base located east from Sandy Pines motel. Watch for mines around and in the base (you can detonate them with ranged attacks). However, there is an even bigger problem – Ripper monsters that roam the base. You can try to kill them or escape and focus only on reaching the bottles that are marked by the game. After collecting all 10 bottles of Strong Liquor (400XP) you can go back to Chloe. You receive 800XP and 75 Elexit (don't select the dialog option in which you say that you want to take over Chloe's business).

How to unlock: Speak with Mad Bob in The Fort. 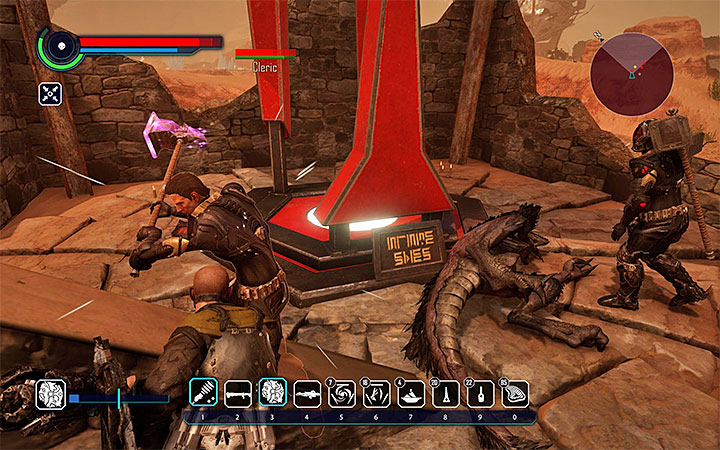 Eliminate the pilgrims near one of the altars

Mad Bob wants you to destroy Clerics' altars that can be found in Tavar. You must use 3 Mad Bob’s Explosive Charge that you receive from him. The locations with altars can be visited in any order. You must interact with them and select the option that allows you to place explosive charges. One of the altars is guarded by a few Clerics. Kill them all (each murdered Cleric gives you 100XP). Place all charges and go back to Mad Bob. You receive 200XP and you can also ask him for your payment – 400 Elexit.

After completing all of the quests listed above and reaching, at least, level 15 you can go back to William and ask him to promote you to Enforcer rank. You receive 3000XP. The Camp Master (you can find him in the basement of Duke’s Bunker's) now offers new Enforcer armor elements. You can also try to reach Captain rank – the description can be found on the next page.