This optional quest is related to berserker Duras. By completing it, you'll gain the option to have Duras join your party permanently. After your first meeting at the beginning of the game, you'll have to talk to Duras once you reach Goliet. The quest requires you to investigate a mysterious murder.

How to unlock: Unlocks automatically during the conversation with Duras near the end of the Survive quest. If you've reached Goliet alone, you can find Duras in the village and unlock the quest by talking to him.

Beginning (Tooth for a Tooth) 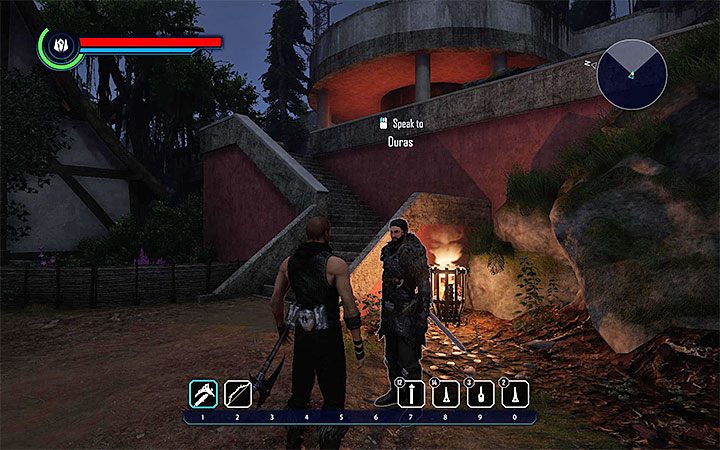 Duras is standing near the stairs of the ruined hotel

The quest will appear in your journal after you talk to Duras near the end of the Survive quest, so after you've reached the entrance gate of Goliet. Inside, you'll have to meet him once again, and you'll find him near the stairs leading to Hotel Ruins of Goliet. Here, you'll hear about a certain task he needs to deal with, and he'd welcome some help. If you agree to assist him, you'll be given information on the unexplained death of another berserker, Askor. 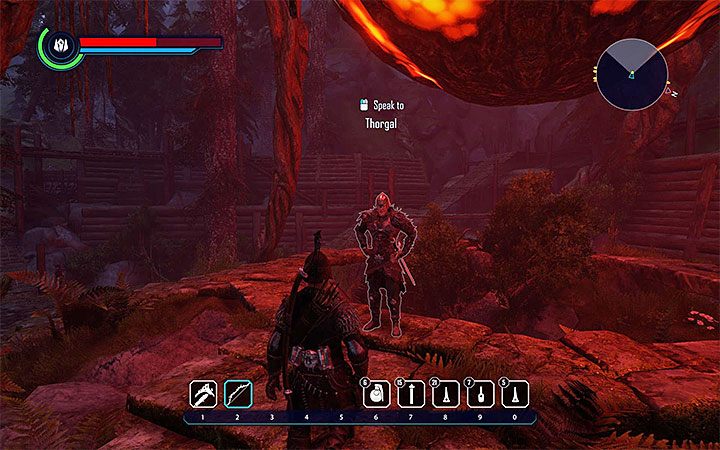 Thorgal stands under the World Heart

Duras has selected five suspects from among the berserkers, and you can visit them in any order you wish. Thorgal can be found northeast of Goliet, near the World Heart. On the way to his location you'll encounter numerous powerful beasts, so use sprint and jet pack to evade them. Question him about everything you can. You'll get 200XP. 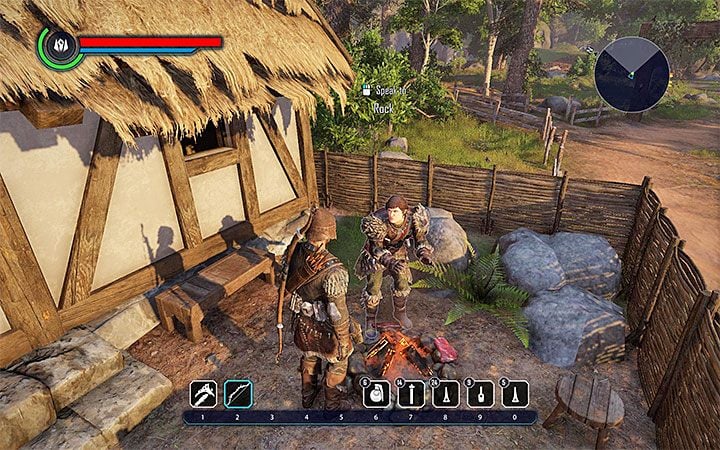 Rock can be found not far north from Thorgal, in a small cottage near Domed City. Exhaust all conversation topics and collect your 200XP. 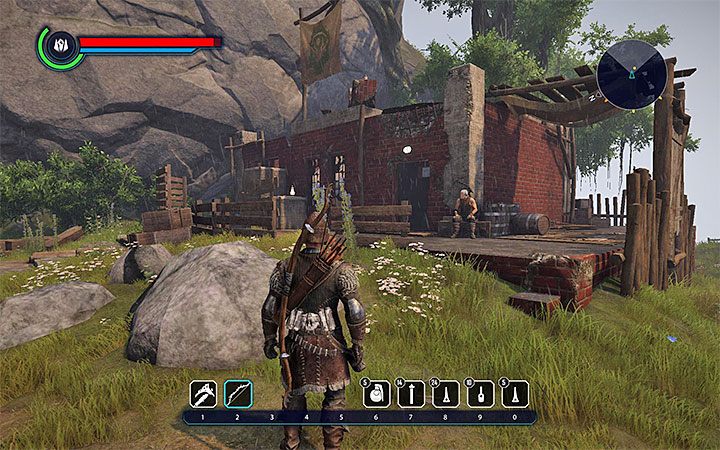 Geron the hunter can be found south of Goliet. Begin from the village exit and follow the main paths, avoiding strong monsters on the way. Once you reach a small rundown building, talk to Geron (200XP). 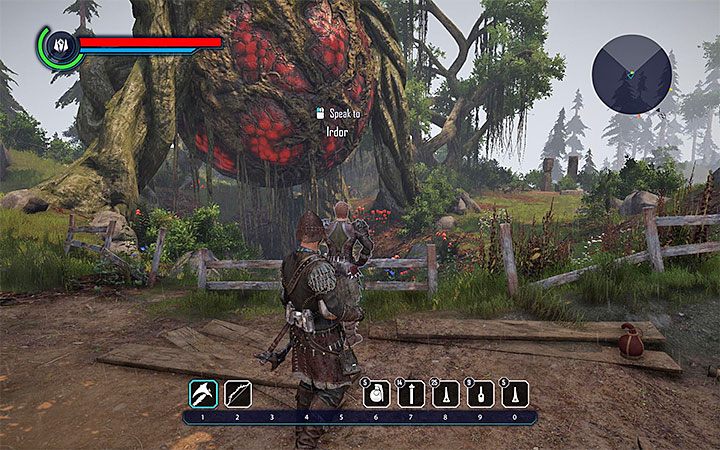 Irdor can be found near the farm with a World Heart

Irdor can be found south of Goliet. He's busy guarding the World Heart to the west of Geron's locations. Exhaust all conversation topics (200XP). 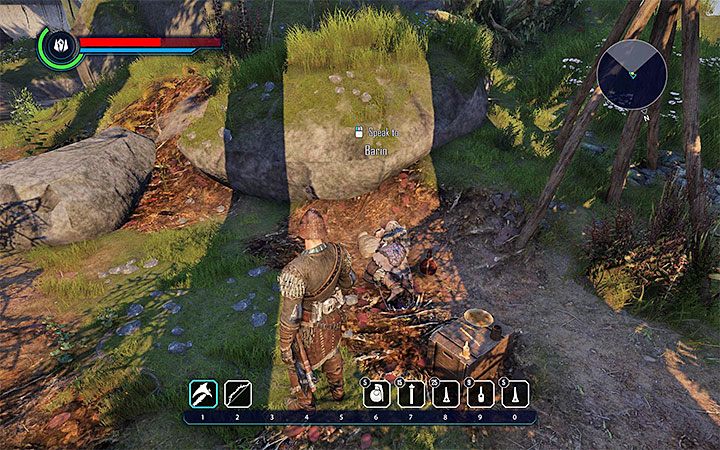 Barin is taking a nap

Barin can be found west of Goliet, bear the Great Lift (activate the teleporter while you're there, as you'll be returning here shortly). Question Barin - you'll get 200XP and a person, who may be the murderer. 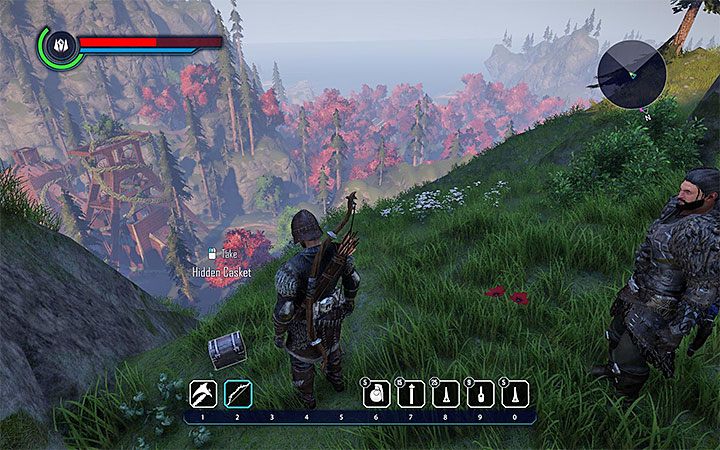 Return to Goliet and report to Duras what you've learned from your investigation. You'll receive 500XP, and Duras will like to take a closer look at Barin. Invite Duras to come with you (500XP) and return to the Great Lift. Look around the cliff side to find the Hidden Casket, as seen on the screenshot above. Pick it up (200XP). You can open it in your inventory (Duras won't like that though), or hand it over to Duras as it was.

Once you begin a new conversation with Duras, express your uncertainty about Barin's guilt. Jax will then accuse Duras of having committed the murder himself, which... will prompt his confession that, in fact, he did kill Askor in self-defense (you'll gain 1000XP). Eventually, you'll going to have to decide whether to share your discovery with Ragnar or keep Duras' secret to yourself.

Return to Hotel Ruins of Goliet and enter the building to talk to Ragnar about the investigation on Askor's death. You'll receive 200XP and will have to choose the ending of the quest. 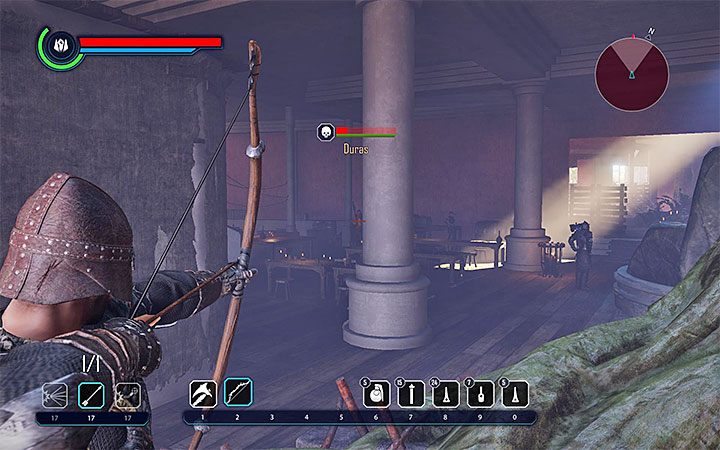 You can engage Duras from afar, but mind not to wound any bystanders.

Your first option is to tell the truth - admit that Duras killed Askor. You'll receive 1400XP and 1000 Elexit, and will be forced to defeat Duras in combat. He's a tough enemy, all the more so that no other berserker in the hotel will help you. You can attack in melee or, for example, move to another floor and use a ranged weapon (unfortunately Duras also has one). Killing Duras will finish the quest (600XP) 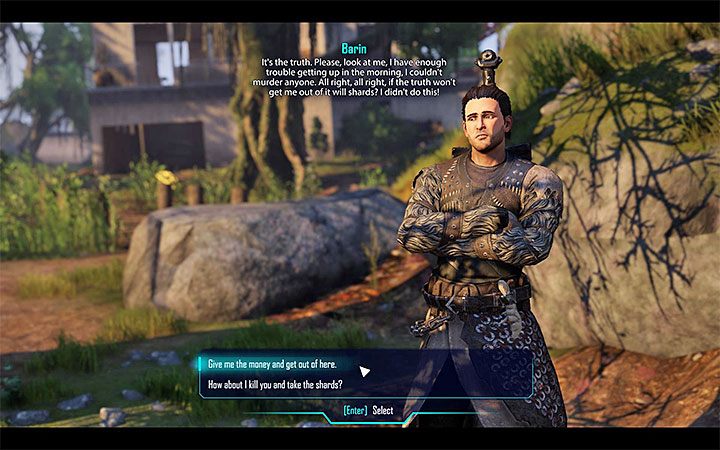 If you've decided to frame Barin, you may either kill him, or let yourself be bribed.

Your second and third option are similar and both require you to lie to Ragnar concerning Askor's murderer.

If you've chosen the second or third option, Duras will become your permanent companion, and will travel together with you.