This chapter contains descriptions of side quests found in Elex that can be unlocked during your exploration of Abessa (this land is located north from where you started the game). Quests, that are started during your visit in Domed City aren’t counted here because they are described in separate page of this guide.

The Converter in North Abessa

How to unlock this quest: Automatically after reaching the Converter in North Abessa. 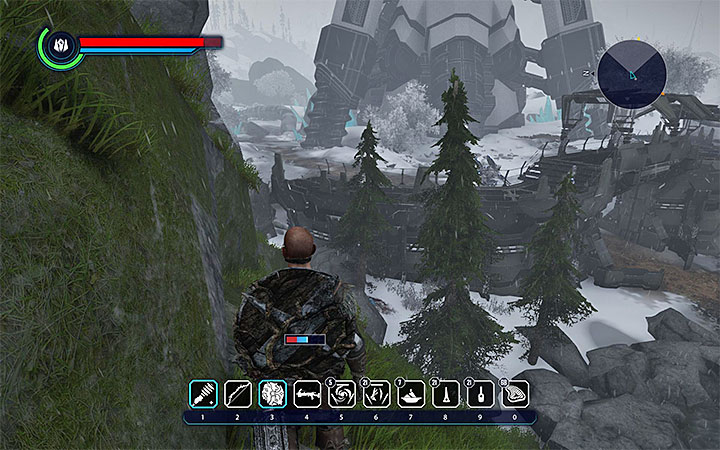 It is recommended to start this quest after meeting with Sestak in Converter in South Abessa, which happens during Refuge of the Separatists main quest, because only then you can get access codes that are necessary to turn off converters in other parts of the world.

Sadly, the converter in North Abessa (north-east from Domed City) is heavily guarded. This location is occupied by strong Albs which are accompanied by Fighting Colossus machines. If you don't want to fight them, you can use your jet pack and avoid the main entrance to the fort as well as Albs guarding the walls (an example is presented in the picture). You must carefully approach the tower's entrance and lure out soldiers guarding it to a more secluded place. 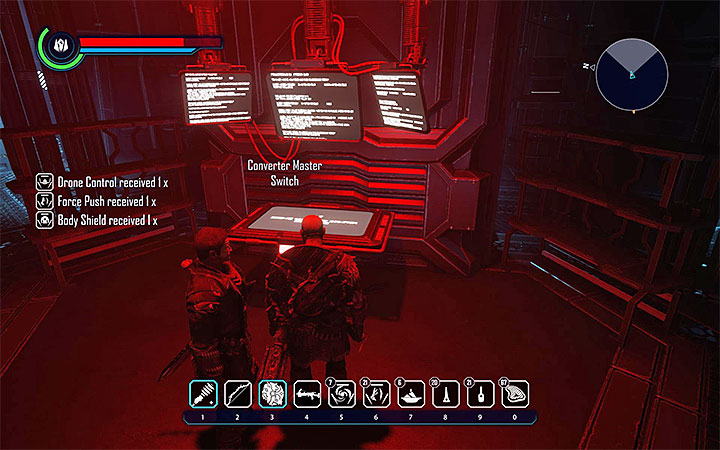 Enter the converter and continue eliminating Albs. Use lifts to reach new floors. They allow you to reach the "boss" – Alb Commander. Avoid his strong melee and ranged attacks and keep slowly taking his health points until he is dead (175XP).

When the battle is over, you can search for the big red console presented in the picture. Use it to turn the converter off (1000XP).

Warning – Before you leave the converter, you should examine a platform on its rooftop. There, you can find many valuable items. Among those items you can find, e.g. The Redeemer energy weapon and Elex Drinks (free bonuses to development of your character).

How to unlock this quest: Speak with Albert near the Dam. 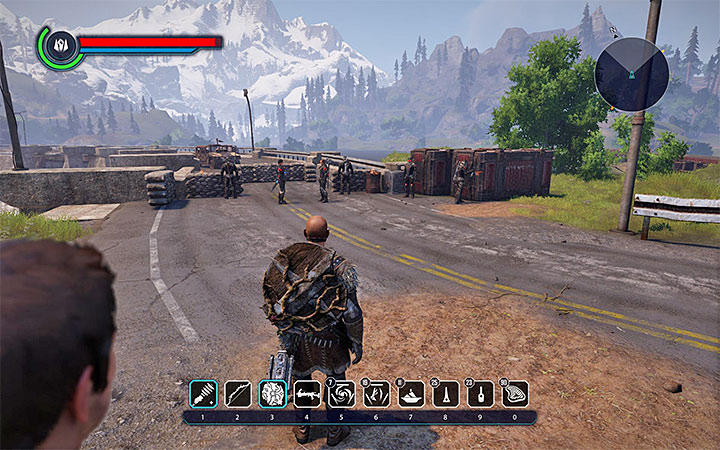 This quest can be activated when you reach the east part of the Dam. It is located in the east end of Abessa, near the Converter in South Abessa. Approach the Clerics that stand near the Dam (they are presented in the picture) and speak with Egon and Albert. You can offer your help in eliminating bandits that appeared near the Dam. Near the end of the conversation you can decide if you want to attack them alone or you want to cooperate with the Clerics. The second option is better because the risk that Egon or Albert can die in a battle is small (you can save the game before you decide, just to be sure). 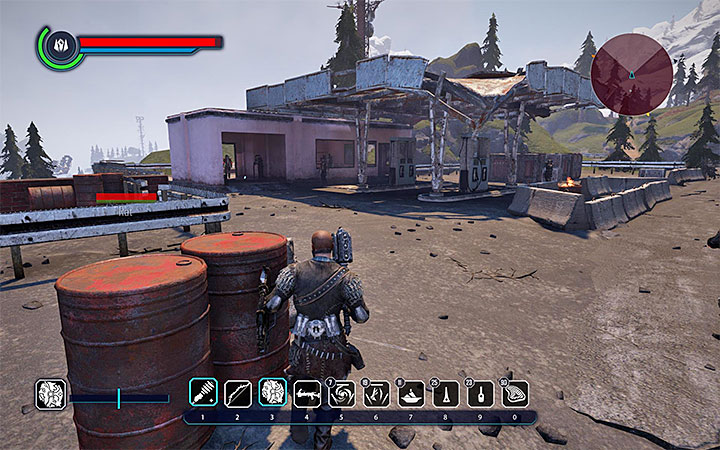 The bandits occupy area around a gas station

Reach the opposite end of the Dam. Reavers are located inside and around a destroyed gas station. You can attack them in any order (each bandit killed by you gives 100XP) but remember that their leader is stronger than the rest. You must also know that some enemies can use good ranged weapons. If you are accompanied by the Clerics then you should forget about using grenades, flamethrowers or other attacks that can hurt them by accident.

After the fights you must find Albert and receive 400XP. You should also search the enemy corpses because you can find, e.g. Plasma Blaster PLS-T and Flamethrower Mark B. You can also pick up a detonator located inside of the station's building and give it to Albert (however, you won't get any rewards for that).