Helping Hands is one of side quests in Elex and you can unlock it during your stay in Abessa. You must solve a problem regarding members of the Outlaws who are in a camp near the city. You can get rid of them or stand on their side.

How to unlock this quest: Speak with Gustav near an entrance to Domed City. 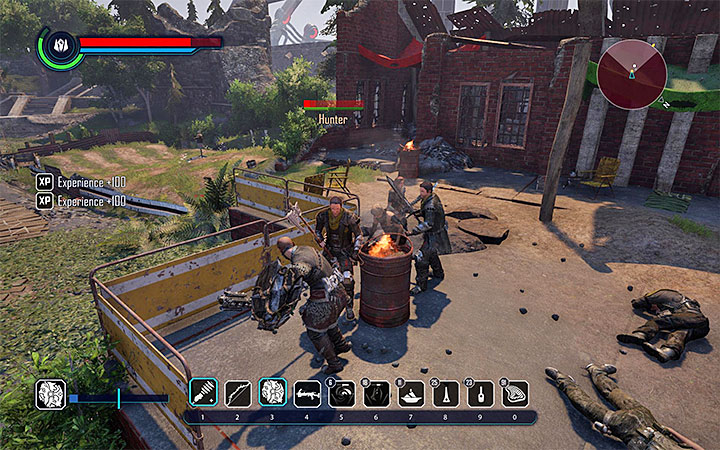 Guard Gustav, from the Clerics faction, guards a side entrance to Domed City. He asks you to get rid of members of the Outlaws who stay in a camp located east from the city.

Go to the camp and speak with Hunter. The first option is to fulfill Gustav's request and attack the Outlaws (you can also perform a surprise attack before you even speak with them). Each defeated enemy gives you 100XP (they aren't that strong but don't attack many of them at the same time) and by killing them all you get additional 400XP. When the job is done you can go back to Gustav – you get 200XP and 280 Elexit. 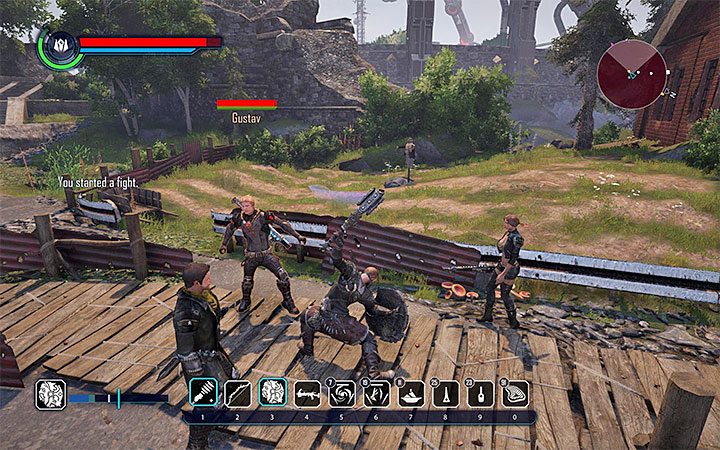 Betray Gustav and attack him when you reach the camp

An alternate version of completing this quest is to agree to Hunter's proposition when you speak with him. His plan is to eliminate Gustav. Go back to the guard and ask Gustav to help you eliminate the Outlaws. Accompany him to the camp. When you reach the place, a fight will break out. Focus ONLY on attacking Gustav. He won't have any chances against this many enemies. After killing Gustav (225XP, 367 Elexit when you search his body), you must speak with Hunter and receive 72 Elexit.