A Scattered Unit is a side quest in which you need to free Frank the acolyte from the grasp from the Outlaws. In order to free Frank, you will have to make some preparations and meet a few people.

How to unlock the quest: Talk to Frank and then to Conrad in The Fort. 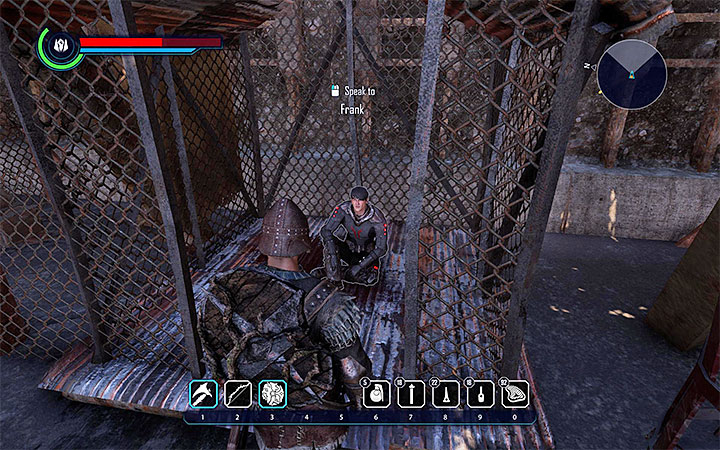 Frank the Acolyte is held in one of the cages

In the southwest part of The Fort are some cages, and Frank is sitting in one of them. You can briefly talk to him and to Iron Madison, who guards the prisoners.

Now go to the Duke’s Bunker and go to the basement, where the bomb is being developed (The Big Bang main quest). Talk to Conrad and ask about the party of which Frank was a member. You will get coordinates of a Clerics’ base. 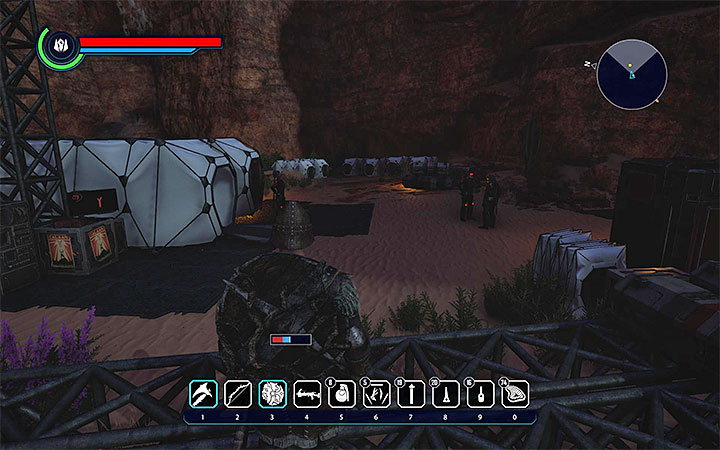 Their hideout is nearby the fort

The Clerics are stationing to the east from The Fort and you can get there by climbing or sing the jetpack. Talk to Hartmut and mention Frank during the conversation (100XP). You can offer help in rescuing Frank and generally talk about this. You can take 1000 Elexit from Hartmut to bail Frank out.

There are two ways to complete this quest:

Go back to Hartmut to finish the quest and get 300 Elexit.