This is one of the longer side quests in Tavar. It starts off simple – you’re supposed to help with vindicating a loan. In time, this quest will become quite complex, however. The character central to this story is Rat, whom you can help with subsequent steps in realizing his plans of getting rich and gaining respect among the Outlaws.

How to unlock the quest: Talk to William and then Chloe in The Fort. 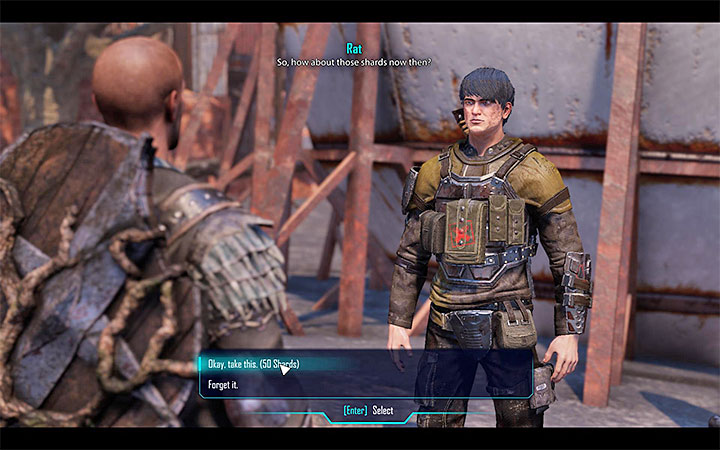 William is one of the most important characters in The Fort (the base of the Outlaws), whom you can offer help in regulating Chloe’s payments for Duke. Go to the bar next to the Fort, which is run by Chloe. She will direct you to Rat, who owes money to her (the additional dialogue option based on Combat changes nothing – you only get a free beer).

Rat is standing near one of the bridges in the Fort, and he may halt you even before you take up the quest. During that meeting, you should give him 50 Elexit – Rat will return the favor later on.

During the meeting with Rat, after the conversation with Chloe, you will learn that he has no money to pay up. He will suggest breaking into Chloe’s safe in order to steal her jewelry, thus enabling himself to return the money. You will get Chloe’s Safe Key. 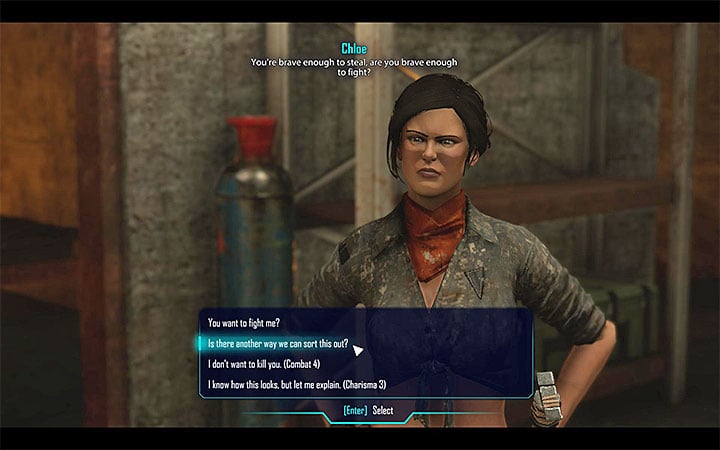 Go back to Chloe’s bar and go down into the bunker. Use the key Rat gave you and open the safe. Take the Chloe’s Valuables (100XP). Chloe and Rat will presently appear in the cellar and the protagonist will be accused of stealing (200XP). You can make a choice on how to act:

Either way, you will receive 200XP. If Chloe is still mad at you, she will swear a vengeance. This means that next to the main entrance to The Fort (the one guarded by Spike) will appear a gang of three thugs who will attack you. You can defeat them and get 300XP (if they’re too difficult, you can run away or lure them close to the big insects) or simply use different entrances in the future. After defeating them, you can go to Chloe and come to terms with her. 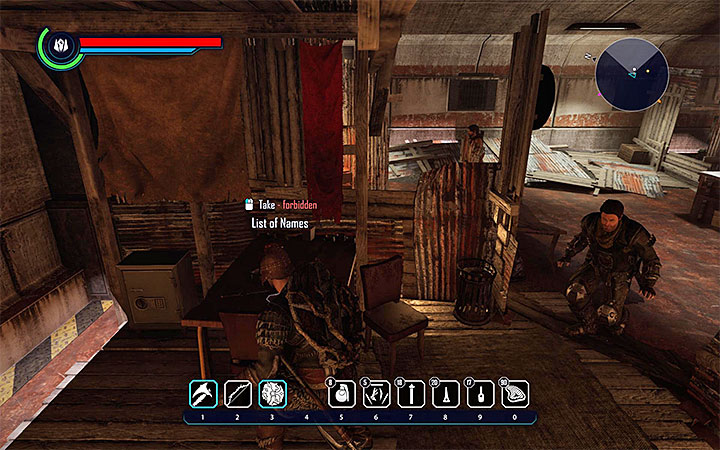 Either way, you will now need to go to Rat. If you want, you can knock him down cold (100XP), but that won’t change the way the quest goes. To keep this thing going, you will have to agree to participate in the next stage of Rat’s plan (1000XP).

Go back to Rat after two full days (you can use the beds a couple of times). Go with him to a secluded place and begin a conversation (100XP). Go to Blake’s house (talking to him changes nothing) and get inside. You have to steal the List of Names (shown above). The thing is, there’s one worker in Blake’s house. Start sneaking and steal the thing when the man is not looking – this will let you avoid the fight (100XP). 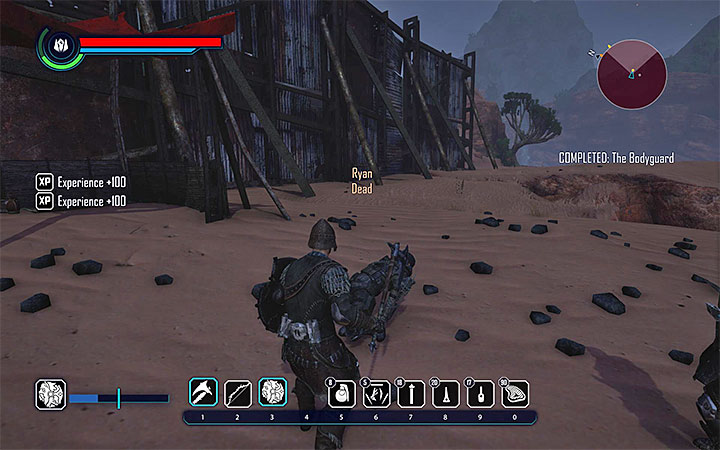 Go back to Rat with the stolen documents. The next stage is killing Ryan, the guard, which will allow Rat take his place. Ryan should be outside the Fort, around the southern edge. You can attack right away or after a conversation (200XP).

Go met Rat again, and then Blake to inform him of the death of the guard (you can demand a payment for that and get 50 Elexit). Go to Rat and then to Doc (you will get 200 Elexit to cover the expenses). Doc will ask you to meet him in a few hours, so you can go to bed again. Take the Pick-me-up Stims from Doc (100XP).

Go back to Rat for the last time; you will learn he managed to take Blake’s place and paid up Chloe’s (1000XP). Ask him for a reward. If you have him 50 Elexit at the beginning (when you were passing him by) he will thank you with a 1000 Elexit and a Rat’s Claw (a quest item – connected to the Claws hideout located in Domed City – more information can be found in descriptions of A Strange Mechanism and On Behalf of the Claws quests). Rat will also let you keep the chems you gor from Doc. Report back to William. You can ask him for a reward and get 200 Elexit.