In this page, you can find a description of a few side quests in Elex that are connected to the arena located in The Fort, the Outlaws' headquarters. Thanks to the fights you can get XP, Elexit and gain William's favor (he decides who can joint Outlaws). The last quest connected to the fights on the arena is called Drug Big Jim and during it you must fulfill William's request – increase your chances for victory by drugging Big Jim. 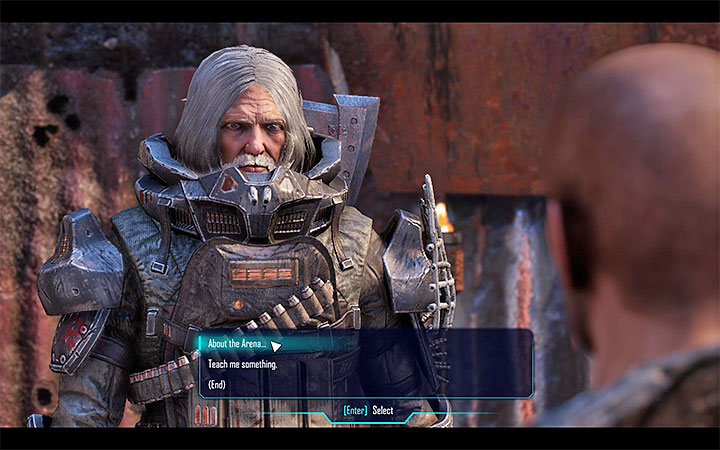 Talk to Big Jim before you look for opponents

The Arena is in the eastern part of the fort and you must start by talking to Big Jim, who organizes the fighting. From now on you can find candidates to fight in the arena.

Note – In all battles you have to fight solo, so make sure you’re on the right level.

Note – you can only challenge Big Jim once you join the Outlaws. This is part of the side quest In Name of the Family that you receive from William. 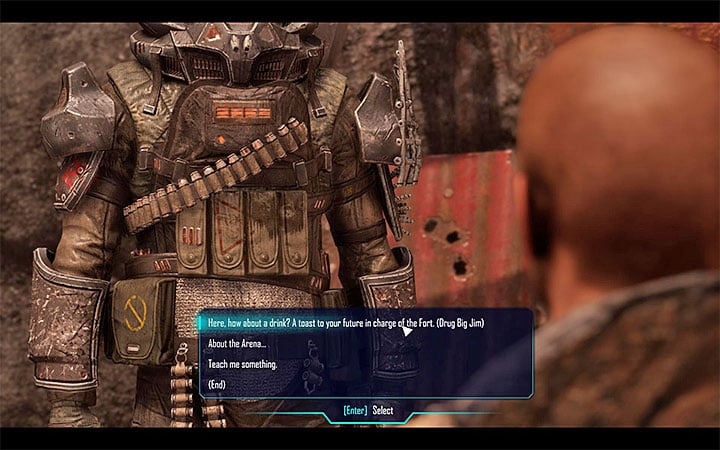 Give Big Jim a drugged drink

William can tell you about an option to challenge Big Jim. He wants you to defeat Big Jim on his behalf (this is a part of a group of quests, called In Name of the Family, which can allow you to join Outlaws). You can challenge Big Jim after you defeat Ike and Gunn. When you defeat Gunn, you must find a poisoned drink.

Take it to Big Jim and give it to him. He will sense a ruse but he still agrees to drink it (100XP). You can now challenge Big Jim. He uses stronger attacks than the previous warriors (also, his weapon deals additional radiation damage) but thanks to the poison, he will be weaker. Defeating Big Jim gives you 500XP and 500 Elexit.

You can now return to William and tell him about your victory. You receive 500XP and material rewards (depending on your relations with William).