How to unlock the quest: Talk to Lennart , south from Goliet. 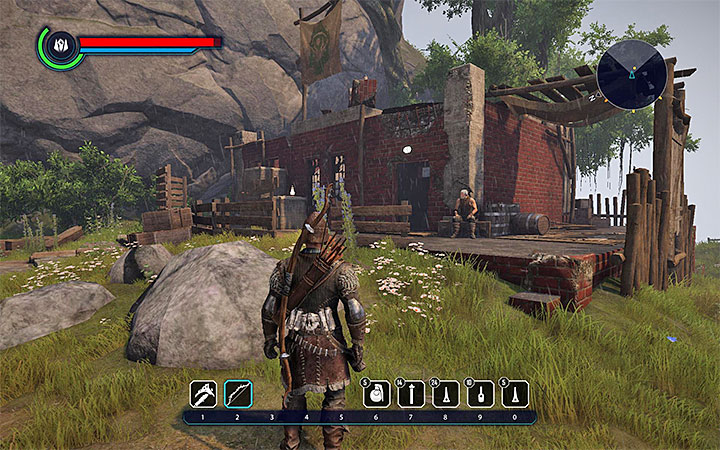 Lennart is a student of Geron, a hunter, who's living not far to the south from Goliet (the place can also be fund during the quest A Berserker Warrior). It's the house shown above, used as the base of the hunters.

Talk to Lennart and promise him to recover his bow (alternatively, if you have 1 Crafting you can build a new one). Before setting out to look for the bow, you can talk to Geron, who is Lennart's teacher. He will propose you give the bow to him if you find it. 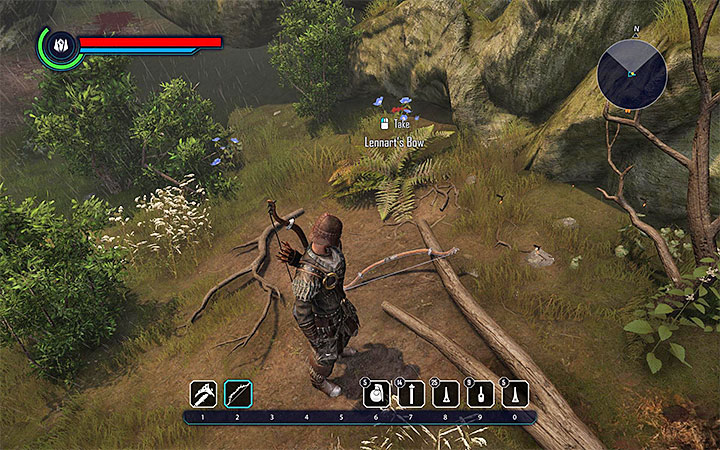 To find the bow, go to the north. It's in a location that also contains two beasts, the Forlorn. They're a real challenge for a low-level character. If you don't feel you can cope with them, just lure them out to a nearby meadow where a troll is, and let the monsters take care of each other. You can also try to snatch the bow and run away. The Lennart's Bow (400XP) can be seen above.

Go back to the hunters'. You can return the bow to Lennart - gaining 800XP, 3 Pelts and 15 Elexit - or to Geron, but the quest will be canceled, and you'll only get 80 Elexit.

On the Hunt with Geron / Waiting

How to unlock: Talk to Geron, south of Goliet.

Note - The title of the quest depends on the way you complete it. 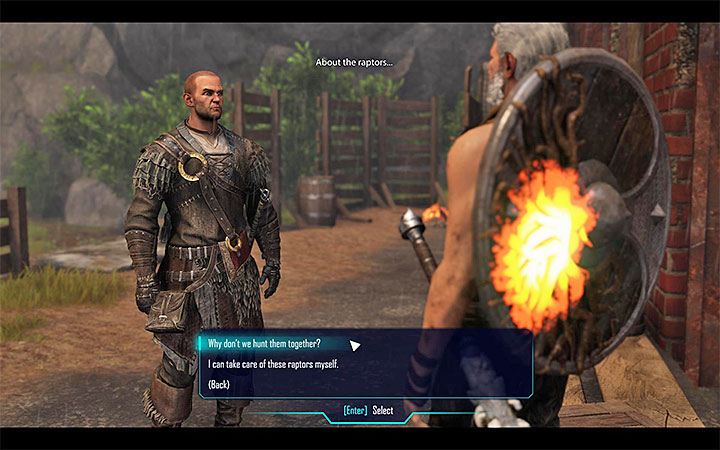 Hunt together with Geron or alone

Geron is a hunter for the Berserkers, and can be found not far south of Goliet (the location can also be found during the companion quest A Berserker Warrior.) He's in a ruined building that serves as the hunters' base of operations. During the conversation, you can touch on the topic of raptors roaming the area. Decide whether you want to hunt together with Geron (you'll have to prove your prowess and have at least 3 points in Combat - 50XP) or alone. The former option may be, surprisingly, not a good idea, as Geron can die easily if the protagonist is too weak to efficiently assist him in killing the beasts.

Regardless of your decision, you'll have to reach the location of the raptors. There, you'll have to take down four standard Roaming Raptors and one stronger Roaming Pack Leader. If Geron is with you, attack the same raptor he does, so you can protect him. Should you fight alone (or with some other companion), it would be a good idea to rely on ranged weapons to draw single raptors away from the pack and eliminate them one by one. Once you deal with all the raptors (1600XP), talk to Geron. You'll receive 250 Elexit and 5 Claws.

How to unlock the quest: Talk to Korin near the Converter in Eden. 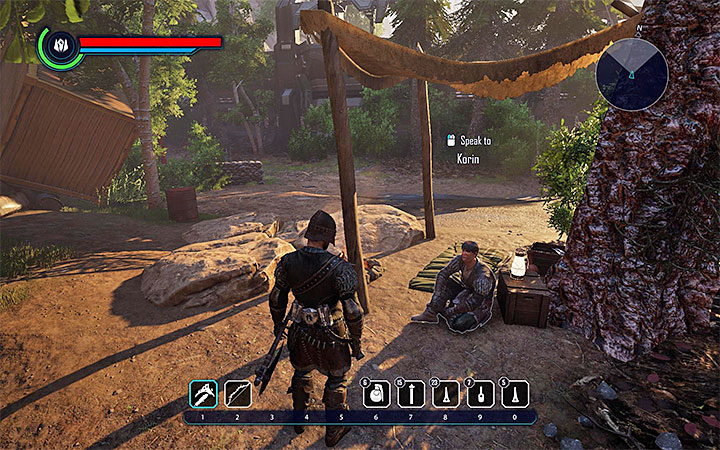 The quest-giver is Korin. Find him near the Converter in Eden, north-west of Goliet (see image). You can find him on your own or as part of side quest Elex Supplies. Korin will tell you that while he was travelling to the converter he lost his weapon. You can offer help in retrieving it. 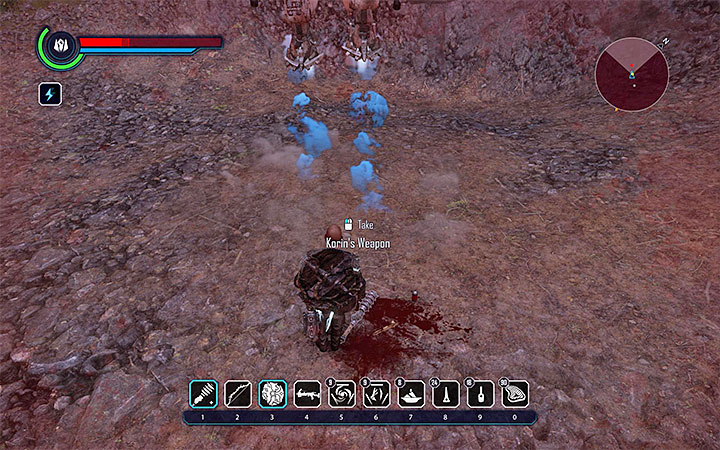 The item you're looking for is in a very dangerous place - right next to the giant robot Fighting Colossus, which is stationed near the entrance to the converter (image above). Don't attempt to fight it unless you're at least on level 20 and your character is equipped with a great weapon and armor. It's also possible to complete the quest without fighting - simply run up to the mech and quickly pick up Korin's Weapon (400XP). Whichever approach you choose, watch out for the extremely strong energy attacks of the giant robot.

Return to Korin with the retrieved weapon and give it back to him. Completing this quest gives you 800XP.

How to unlock this quest: Speak with Nezol in Valley of the Damned. 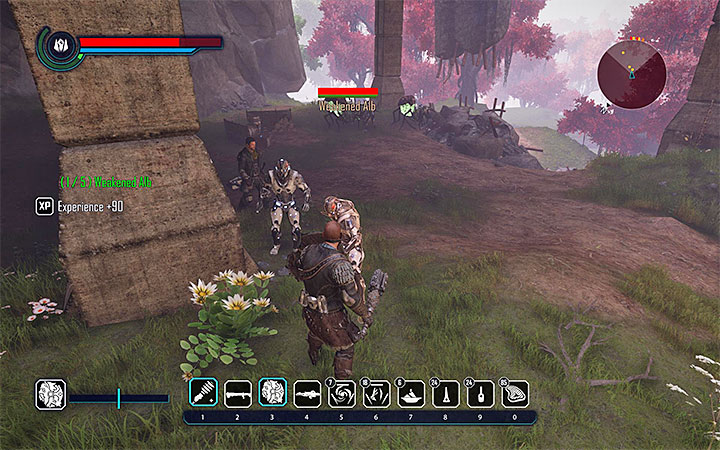 Giant spiders can "help" you in eliminating Albs

A group of Weakened Albs can be found north from the place of unlocking the quest. They are weakened in name only. You should expect a tough battle and the main reason for it is the enemy equipped with a powerful flamethrower (hide behind poles if you want to make him get closer to the hero). This battle can be made a little bit easier by going near a hole from which Swamp Spiders jump out. Make them follow the hero and take them to the Albs. Regardless of your tactic, you get 90XP for each killed Alb and 800XP for eliminating the entire group. Go back to Nezol and collect your reward - 250 Elexit.

How to unlock this quest: Speak with Egil in Exile camp in Valley of the Damned. 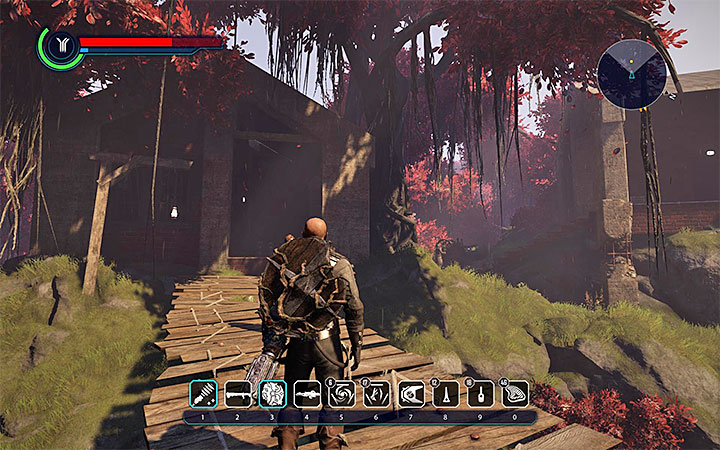 Exile camp is located near Valley of the Damned, south from it (the west end of Edan). This place is presented in the picture. There, you must meet with Egil and receive a quest in which you must kill monsters that can be found in the area around the camp. You must kill five Weakened Rotboars. Try to attack them one after another. Each dead monster gives you 125XP and eliminating them all rewards you with additional 400XP. Go back to Egil in order to complete the quest.

Sounds in the Dark

How to unlock this quest: Speak with Galar in Exile camp in Valley of the Damned. 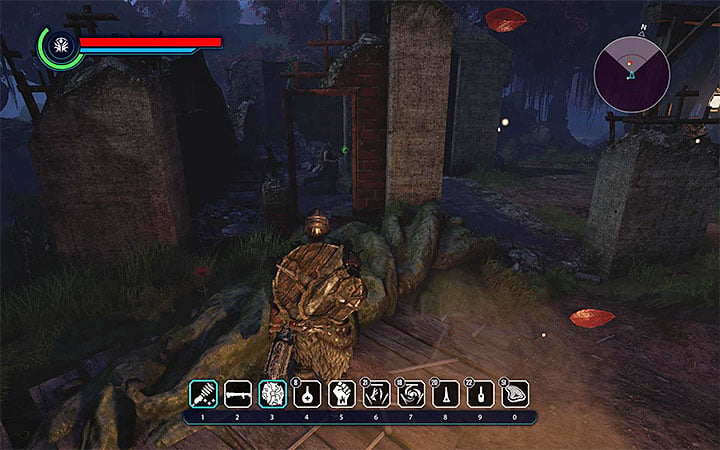 At least one Reaver must appear in the destroyed building located in the lumberjacks' camp.

This quest can be started in the same camp as the one described above. Speak with Galar in Exile camp and start a quest in which you must investigate weird noises that come from lumberjacks' camp at nights. Use one of the bedrolls if you don't want to wait until a night and go to the appointed place. There, you can find a single Reaver. Attack and kill him (900XP). Go back to Galar (100XP) and receive a new quest. This time, you must find a bandits' camp and kill their leader.

Warning - If you went to the lumberjacks' camp at night and there wasn't any Reavers then you can stay there for a moment because a bandit has to reach this location (he will come from the direction of the wooden bridge). He will attack you immediately when you are in his view. 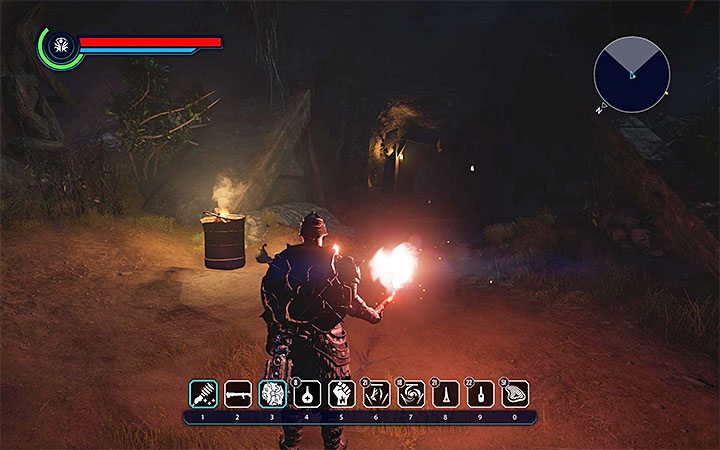 Go east from the Exile camp. Cross a big wooden bridge and find a mine entrance presented in the picture. Inside, you must face a few Reavers and each enemy gives you 150XP. Use your jet pack to reach new ledges. On one of the upper levels you can find their leader - Bloody Ben. You should kill the weaker enemies first and then focus on the leader. Defeating Ben gives you 3625XP.

Go back to Galar (before that you can also explore the mine, get rid of the remaining Reavers and find a valuable axe) and tell him that you have completed the quest. You receive 4 Furs.

How to unlock this quest: Speak with Sten near the Great Lift. 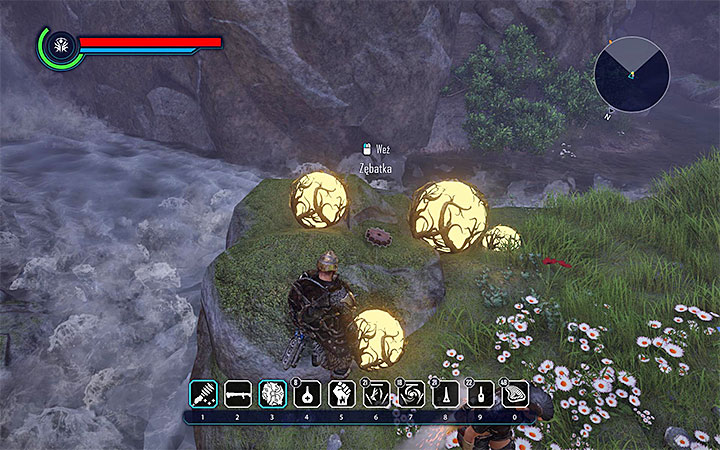 The Great Lift is a location with a giant lift that is located west from Goliet. When you get there, you should speak with Sten about the damaged lift. During the conversation you can use 1-2 Crafting points to show your technical knowledge. This can give you 100XP.

You must find a missing part. Get closer to the cliff's edge and jump into abyss. Remember to use your jet pack while you are falling down. You must reach the place with a river. Find a cog in the place presented in the picture above (100XP). Go back to Sten (you can use teleporter). If you already know that Sten sabotaged the lift, you can:

Don't promise him anything - he then attacks you which means that you must kill him (100XP).