It’s a side quest, in which you have to recover the lost shipment of Elex. Kral, a berserker, is responsible for the theft, and finding him may be necessary. 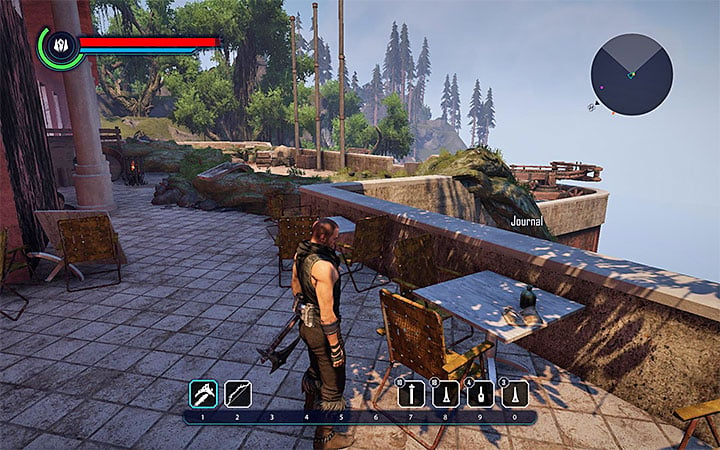 This is where you find Kral’s journal

Caldrim is in the shrine in Goliet where he supervises the shipments of Elex that go to mana production. He can give you this quest. Caldrim will tell you that a guard named Kral is his prime suspect.

Go to the Hotel Ruins of Goliet and reach the big balcony at the back of the building. Locate the Journal that belongs to Kral and read through it (100XP). Return to Caldrim, who will give you the location where Kral is possibly hiding. 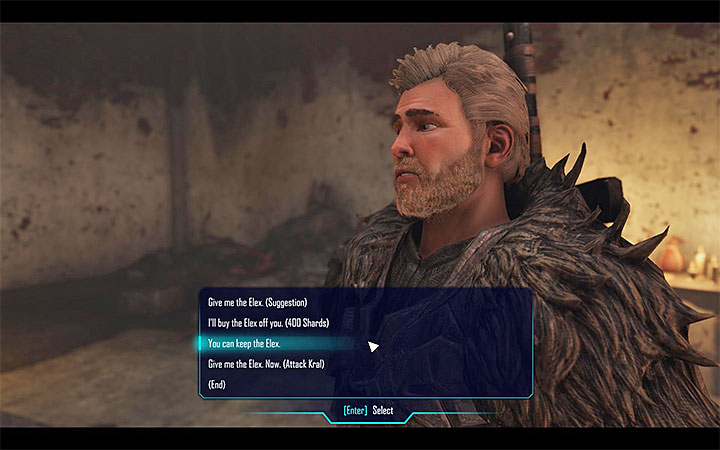 If you let Kral explain, you will be able to peacefully resolve the quest

Kral’s hideout is located south from Goliet, near the River Delta. Enter the big, abandoned building. Kral is in one of the rooms, and if you want to fulfill Caldrim’s request, attack him even before talking to him. Apart from Kral (who uses a zweihander) you’ll have to defeat his mutated brother, Grimar, who is much faster. After the fight (200XP) look through Kral’s corpse to get the Elex Package (100XP). Go back to Caldrim and give them to him – you’ll get 250XP and 250 Elexit.

Alternatively, you can talk to Kral and learn his side of the story – he needs Elex for his brother, Grimar. You can chose one of a few ways to finish the quest: