The task is connected to solving the problem with food shipments coming to Goliet. The protagonist has to offer his help to the village clan leaders.

How to unlock: Talk to Sinda in Goliet. 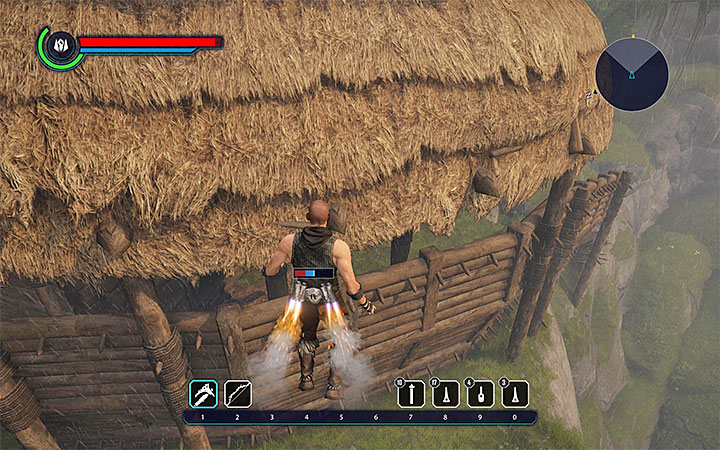 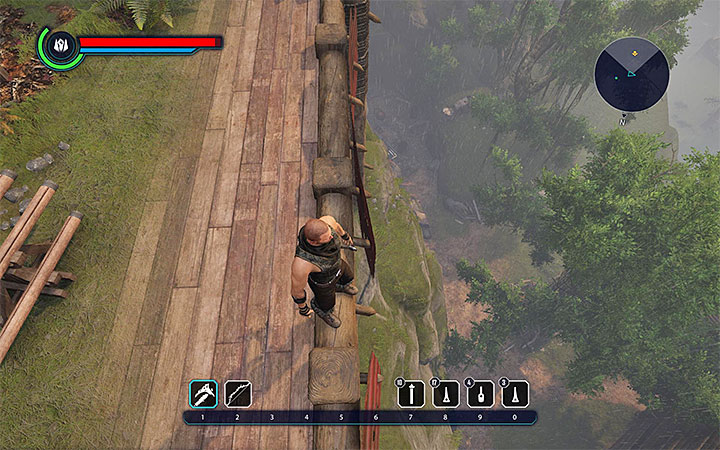 Sinda is a skill trainer and vendor in Goliet. Talk to her about the food shipment problem, and offer your help in solving it. Then, go meet Angrim of the Eisen clan. You’ll learn that the last food shipment was attacked by a troll (additional dialogue option if you have at least 2 points in Survival skill). Return with the information to Sinda (200XP).

Sinda will ask the protagonist to meet with Ragnar of the clan Hooded Crows or Cormag of the clan Hammer. Ragnar will be anything but helpful, while Cormag will ask for a favor in return – he would like you to get him a movement detector. The item can be found in The Pit area, located west of the village. The main path to the objective will be guarded by Argor. You can intimidate him, if you have more than 2 points in Combat skill. However, you’ll find it easier to simply use the jet pack to jump over the wall (screenshot 1). Another method will require you to reach the cliff above The Pit (screenshot 2) and jump down, which also requires you to use the jet pack to avoid getting killed by the impact. 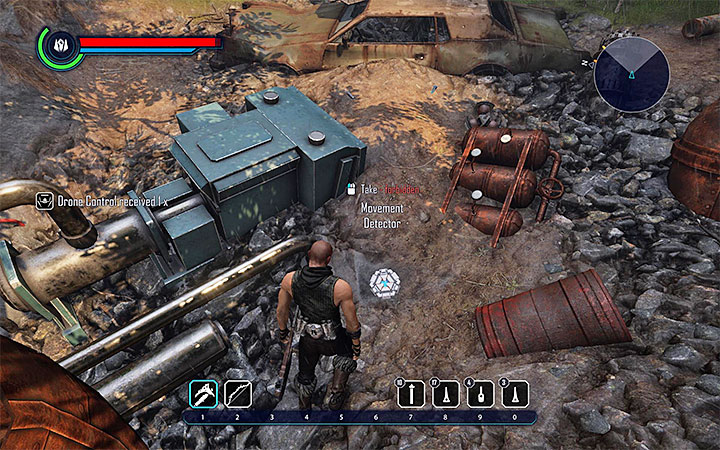 Once you reach the hole with all the forbidden items, find the Movement Detector, shown on the screenshot above (200XP). Leave The Pit (you can walk past Argor now, as leaving the area is apparently permitted) and deliver the gadget to Cormag (200XP). Return to Sinda to complete the quest. You’ll receive 800XP and will be able to choose your pay – 300 Elexit, 100 Elexit, or leave the decision to Sinda (who’ll give you a whopping 500 Elexit)