The task is connected to the option of finding the weapons of murdered clerics and delivering them to an interested party in Goliet.

How to unlock: Unlocks automatically, after you’ve found at least one of the cleric’s weapons (only if you’ve decided to explore the ruins during the main quest Survive). Alternatively talking to Bertram, Rijka, or Jora in Goliet. 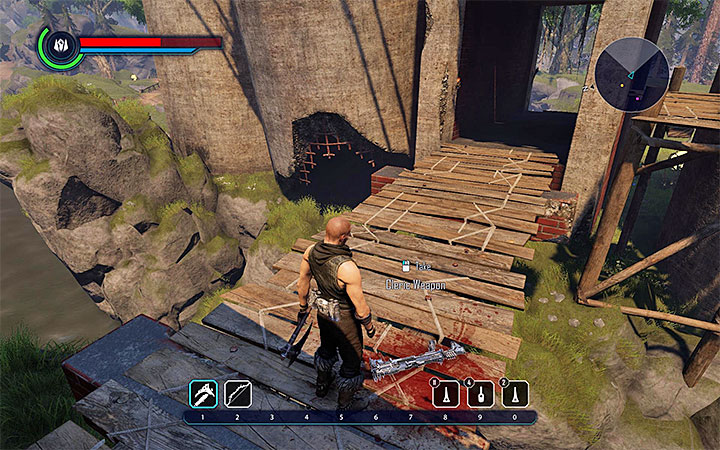 An example of Cleric weapons – there are five pieces lying around the ruins.

The easiest way to unlock this quest is to do it in the beginning of the main quest – Survive. Then traveling with Duras, you’ll come across large ruins, and your companion will suggest you explore them thoroughly. You can agree and go look for five dead clerics in the ruins. Each of the bodies comes with a Cleric Weapon, which you’ll need to collect.

If, during the initial stages of the game, you omitted the large ruins, you can return there willingly, best after meeting one of the characters mentioned below or Rijka from the Hotel Ruins of Goliet (during the conversation ask her whether she has a job for you). The ruins are situated west of Goliet. 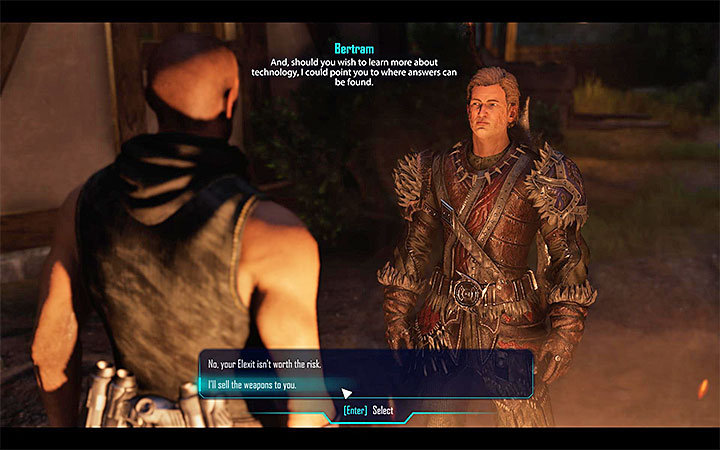 The weapons can be sold to Bertram

One of the persons interested in buying Clerics’ weapons is Bertram from Goliet. You can either get the quest from him, or (if you’ve already collected them) negotiate the terms of their (illegal) transfer into his hands. Sell them for 300 Elexit and 200XP. 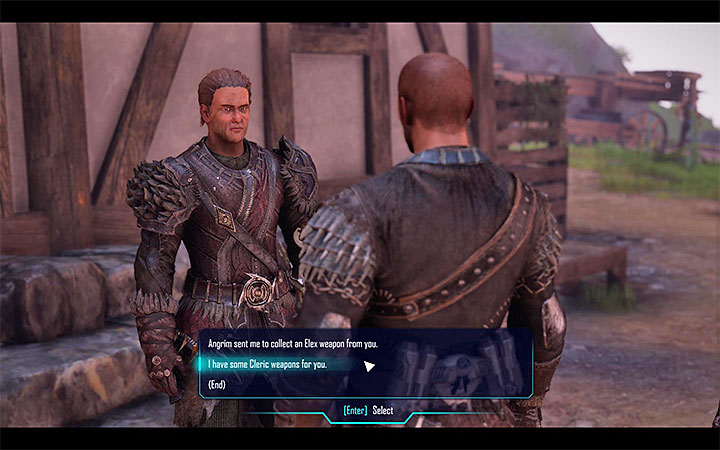 Jora can be found in the southwestern part of the settlement

Another interested person will be Jora from Goliet. Same as before, you will start the quest here, or, if you already have the stuff, hand the weapons over to him (they are to be “disposed of”). In return, you’ll get 100 Elexit and 200XP.

Note – Before you sell of hand over the weapons, be sure to talk to Alrik in Goliet. Show him the weapons, and he will offer you a bribe of 50 Elexit if you ignore the fact that he’s attempted to buy illegal weapons. After completing the quest, return to Rijka and tell her you have obtained the weapon. As an additional reward you get 100 Elexit shards.