The Battle of Xacor is one of the final quests in Elex. As the title suggests, you must participate in a huge battle between friendly factions and Albs from the Ice Palace. The number of potential allies has an impact on the difficulty of this battle. Because of that you should prepare yourself before the game's finale.

How to unlock this quest: Automatically after completing The Last Flight quest. 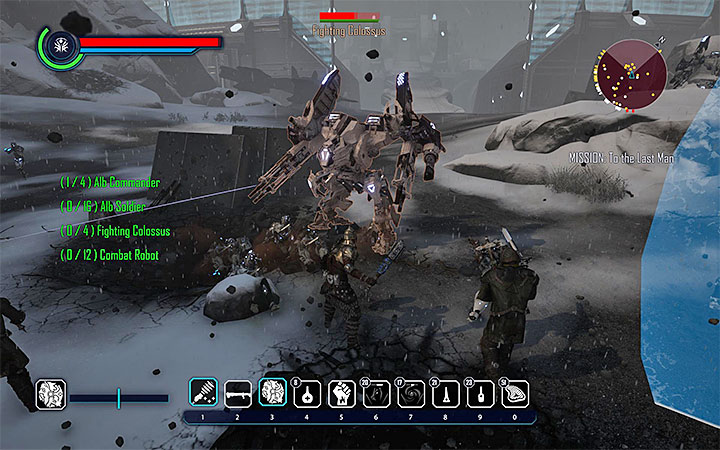 The most important information is that the battle won't start until you reach the Ice Palace and attack one of the enemies yourself or you order Thorald to attack. You should move to the Converter in East Xacor and go west.

Your side can consist of all your allies, members of the three main factions (Berserkers, Outlaws, Clerics) and Alb-Separatists (provided that you managed to convince them during The Separatists' Test quest). You must defeat the following enemies:

During the battle you must avoid situations where Jax can be suddenly attacked by a few enemies at the same time because he can get killed easily. Focus on quick elimination of Fighting Colossus mechs because they are the biggest threat to you and your allies. The rest should be dealt at your own discretion. The battle won't end if an important ally dies (e.g. a leader of one of the factions) but this can have a negative impact on the battle's difficulty. Victory gives you 11500XP. You can now proceed with a new quest, The Lair of the Beast.