Who Am I? is one of the main quests that are unlocked at the beginning of the fourth chapter in Elex. This quest is a continuation of a previous one, Family Meeting – you must find and confront Kallax again. 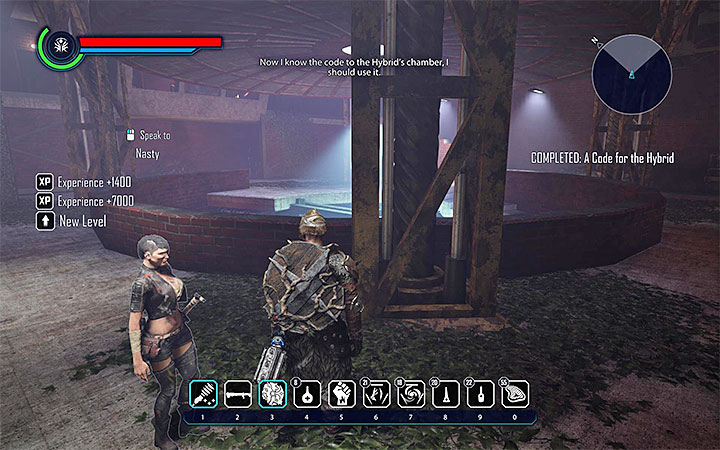 During your conversation with Thorald you learn that Kallax should be in Zardom's old hideout in Company Premises: North Abessa and that you shouldn't expect another ambush. However, you should save the game when you reach that place, just to be sure. After that you can go towards the buildings and start the meeting (1000XP).

All dialog options, that are available during the conversation with Kallax, will result in a fight. He is a tough opponent – you must watch out for his melee attacks because they deal additional electricity damage. Defeating Kallax rewards you with 3725XP.

Killing Kallax won't end this quest because you have to find a password that will allow you to unlock The Hybrid's chamber in the Ice Palace. Ask Harley about that, you can find him in Camp in the Center. Then, you must go back Company Premises: West Edan (you visited that place during Defective Reactor quest). Reach the underground level again and go the room, presented in the picture, the one behind the spiral stairs. This triggers a cut-scene during which the hero finds the password that will allow him to open a passage in the palace (8400XP).