War of the Machines is one of the main quests that you get from Thorald during the third chapter of Elex. During this quest you must sabotage converters that are scattered around the game's world. Your goal is to shut them down. 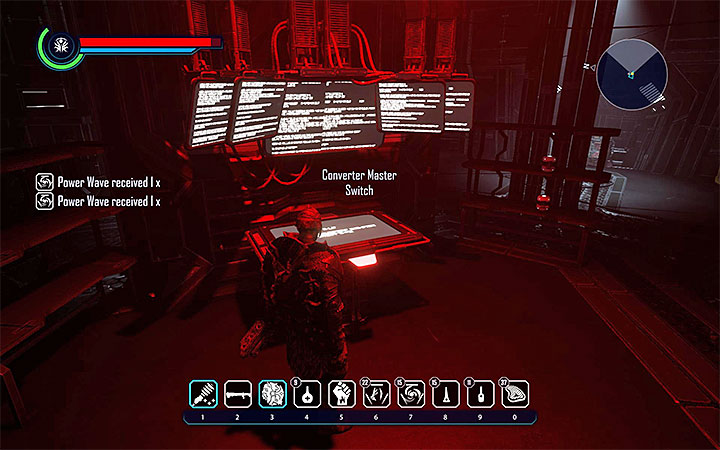 Thorald wants Jax to turn off all converters because this can weaken Albs in Xacor. The converters can be reached in any order. You can expect that each one of them will be heavily guarded (some of the enemies can be avoided). Every time you have to enter a tall tower and use lifts. Reach one of the higher floors and find a red control console (an example is presented in the picture above) and use it to sabotage a converter.

Here, you can find the list of all converters:

After that you can go back to Thorald and receive 4000XP.