The Big Bang is a main quest in Elex, and it is related to the great bomb built by the Outlaws. You can help them prepare the detonation. In the latter part of this quest, a plot twist will come, and you will have to fight quite a difficult boss.

How to unlock the quest: Talk to Conrad or Duke Logan in the Duke’s Bunker. 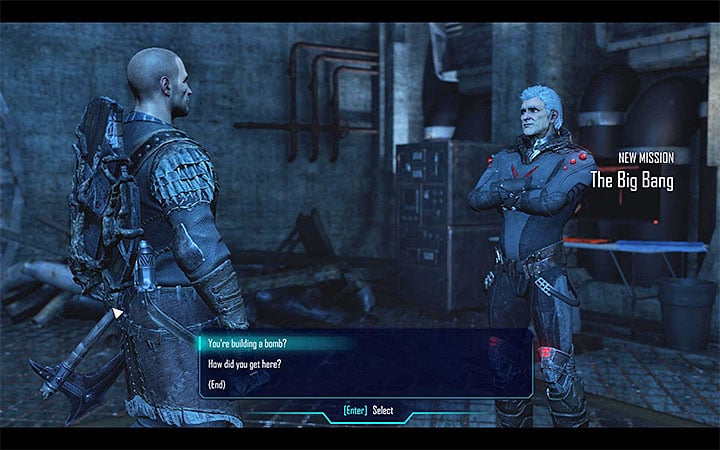 Conrad and the bomb are in the same bunker

You have to reach The Fort, i.e. the Outlaws base. Find the entrance to Duke’s Bunker and meet Conrad there to talk about the bomb preparations. Then talk to Duke Logan to learn that he wants to use it to dominate other factions. You will be able to help the Outlaws develop the bomb.

Go back to Conrad and ask about the remaining parts needed to finish the bomb. He will order you to find three components. Intimidate, ask, or pay 100 Elexit to Conrad to learn where these parts can be found. The order in which you collect them doesn’t matter.

Finding the parts for the bomb 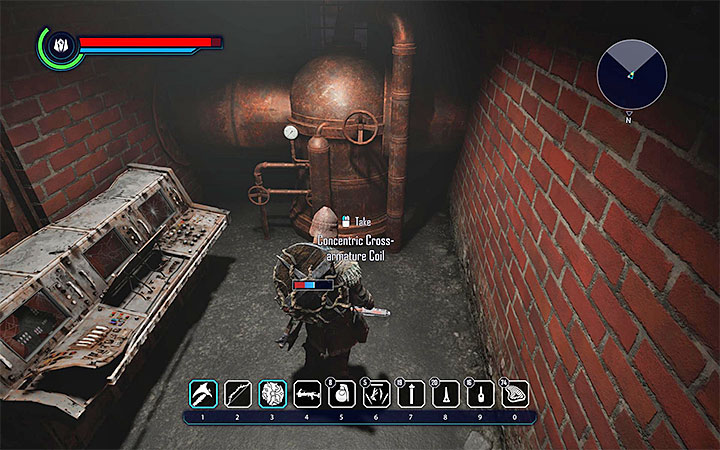 Concentric Cross-Armature Coil is the first thing you need. You can find that in a military base that’s west of the Sandy Pines motel and northwest from The Fort. Minefields surround the base, and there are pretty strong Rippers inside, but all these hazards can be bypassed. Enter the main building and use the jetpack to fly into the room on the first floor. Take the first component (shown above) (400XP). 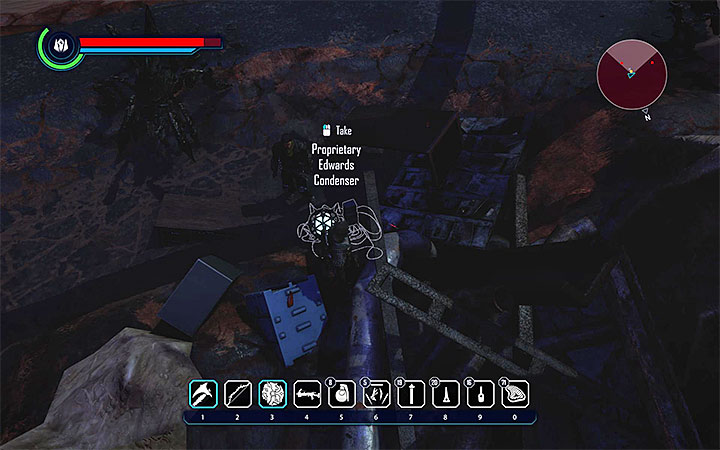 Next up: Proprietary Edwards Condenser. To find it, set out north from The Fort. You have to reach a location with a huge, ruined dome – this location is also overrun with Rippers. You can fight them or focus on finding the needed part (above) and fleeting (400XP). 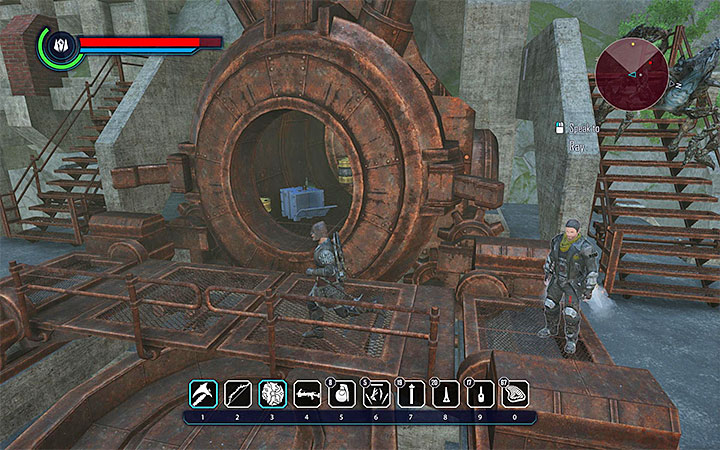 Inverse Phase Conductor is the third component. You can find this one in a big factory west of The Fort, which can be conveniently reached by heading east from Goliet. While exploring the factory, watch out for the Rippers and for big precipices (jet pack will come in handy). You have to enter the chamber shown above – the radiation there is pretty strong. Take on some countermeasures beforehand and exit before the radiation gets you (400XP).

After collecting all parts, go back to Conrad and give them to him to receive 2000XP. Go back to Duke and tell him that the bomb is finished. 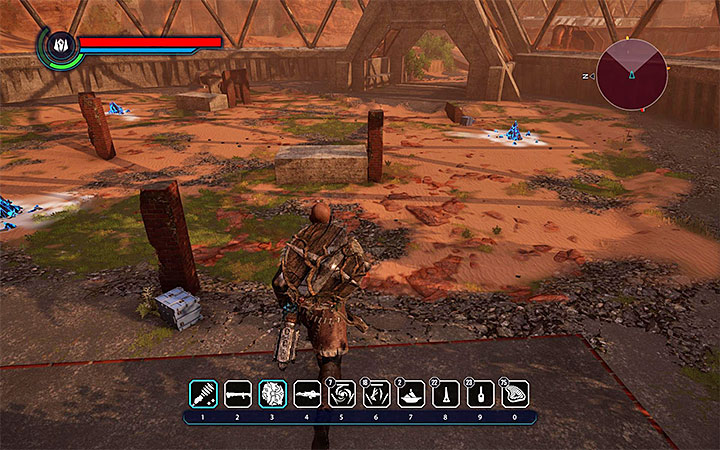 After collecting all three parts, go back to Konrad to give them to him. You’ll get 2000XP. Go back to Duke and tell him the bomb’s ready.

Leave the fort and go north, to the Ruins of the Dome. Watch out, for there may be some strong beasts in the base (such as Moloch or Slime Drakon). The ultimate destination is the ruined dome you can see above (400XP). Before jumping down into the arena, save the game and make sure you have some good ranged weapons (or magic) – laser and plasma guns will be perfect. After stepping into the dome, a cut scene will commence, where you will learn that Konrad didn’t indeed construct the bomb – it actually was The Big Bang. You have to defeat the giant machine by yourself (any companion you might have will be sent back). 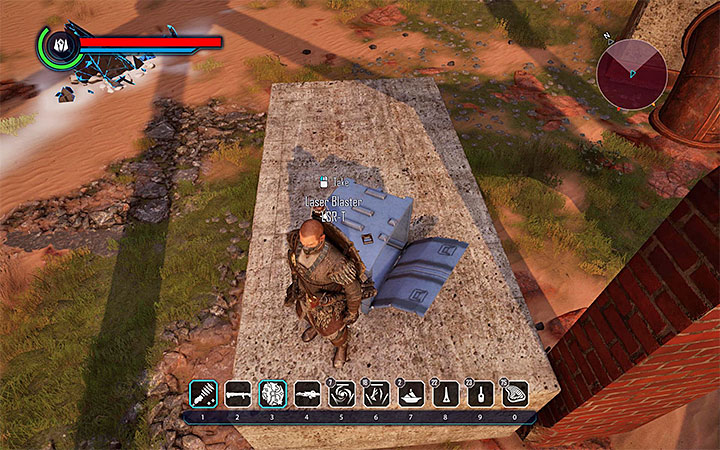 When the fight begins, don’t try to attack the huge machine (it’s surrounded with a force field). Use the environment for cover from its energy attacks and watch out for the powerful slam into the ground it makes (step aside).

If you don’t happen to have good ranged weapons, then you might use the Laser Blaster LSR-T – find it and see if you’re able to use it. 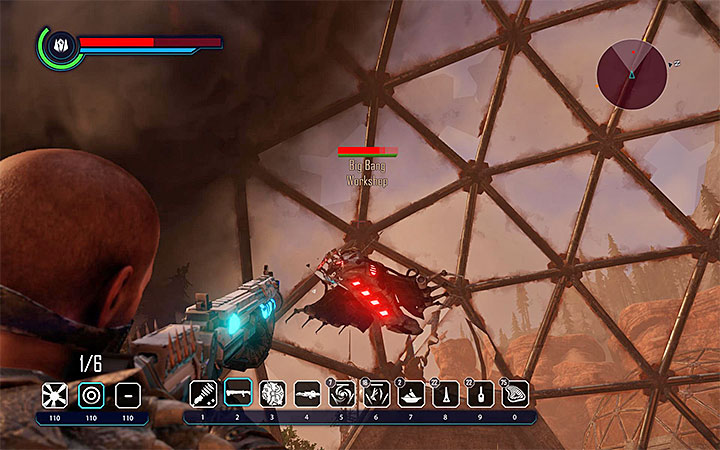 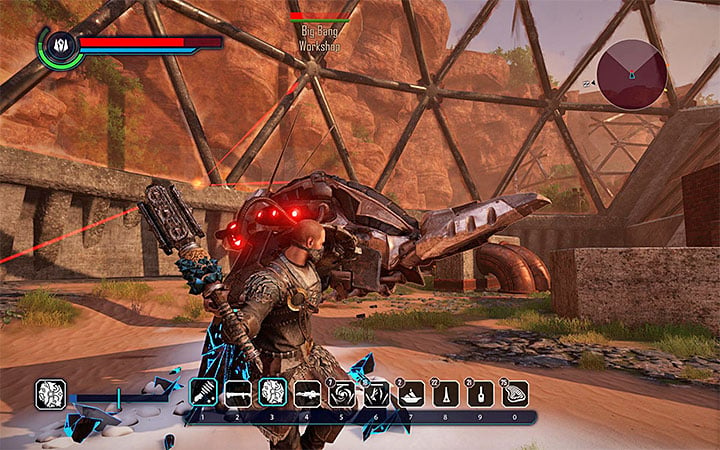 Wait for the moments, when the smaller machine (The Big Bang Workshop) flies out of the levitating robot. It will always head towards the elex deposits to extract some of it. Attack it while it’s still in the air (picture 1) or engage melee attacks when it gets lower (pic. 2). Try to constantly move – the big machine will drop some explosives. 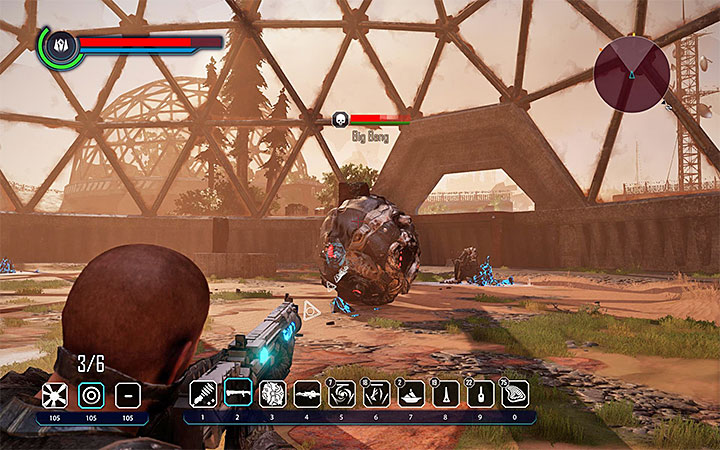 Don’t get too close, or you’ll get burned

After destroying the Big Bang Workshop (250XP) you will get to the second stage of the fight. In this stage, the levitating robot will be using a flamethrower. If you don’t have elements of armor and the skills that increase fire resilience then don’t let the boss close in on you. Use any distance attacks to weaken the boss. You will get 2500XP for defeating The Big Bang.

Ending of the quest and the epilogue 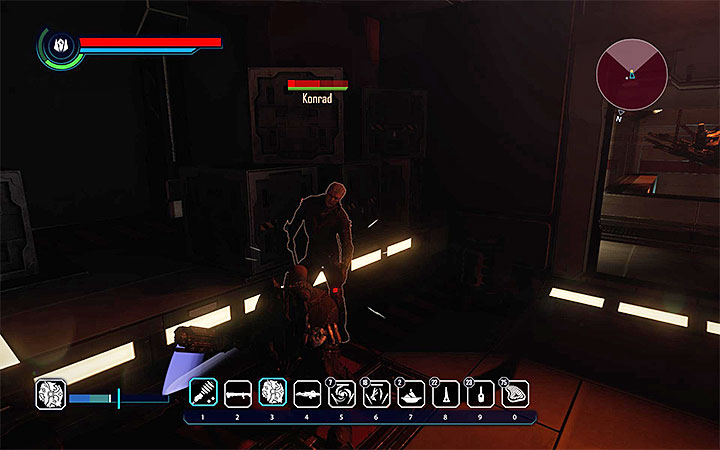 You can choose to kill Konrad

Go back to Duke’s Bunker and tell Logan about everything. This will end the main quest (2000XP), but you will also get an additional side quest – track and kill Konrad.

Konrad is hiding with the Clerics – in The Hort. Find him in the factory. You can talk to him first. If you want to fulfill Duke’s order, attack Konrad and kill him (1100XP). Go back to Duke and claim the bounty – 3000 Elexit. If you care about your reputation with the Clerics then leave Konrad alone.