Origin – The Power of the Center is one of the main quests in Elex. You must visit a place inhabited by friendly NPCs. Besides that, you must also help in developing a village and protect its dwellers.

How to unlock this quest: Speak with Lloyd in Camp in the Center or after receiving information about the existence of that village. 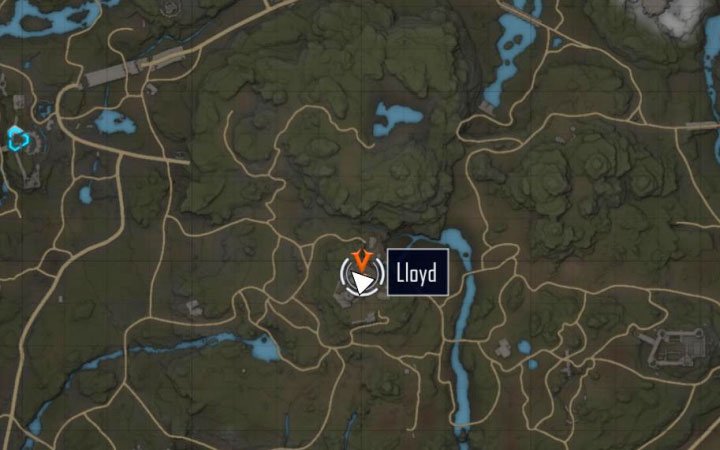 Camp in the Center is a fortified village in mountains, located on border between Abessa and Edan, east from Domed City and north from Goliet – its location is presented in the picture. You can visit it at any point of the game (watch out for strong enemies placed on paths that lead to it!) and unlock the quest. However, there is an alternate way – speak with an NPC, e.g. Ray after you find him in Sandy Pines motel (The Crafty Crook quest) and learn about the existence of the village.

Speak with Lloyd when you reach Origin. You learn that you can take a few smaller quests from certain village dwellers. 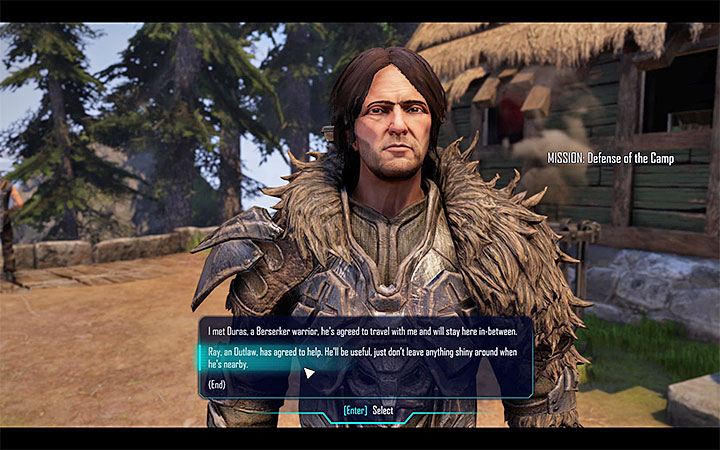 Select volunteers from people that joined your team

Eckard is the first person that can give you a quest (be nice to him if you don't want to start a fight). He needs three volunteers to defend the village, you can send your recruited companions. Each companion that was ordered to join the defense gives you 500XP and you can get additional 1000XP if you complete a group of three volunteers.

Warning – Sending a companion to defend Origin village doesn't mean that you lose that person. You can still travel with them and, initially, they will stay with other companions in Small Camp located in Edan. 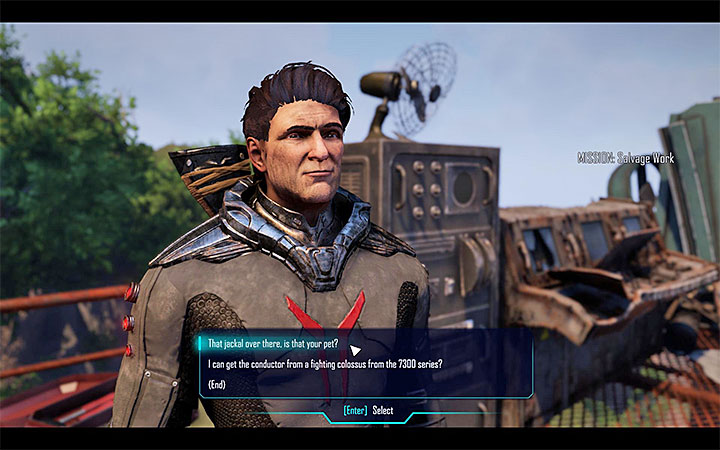 Harley is the second person that can give you a quest. The mechanic asks you to deliver parts from broken Fighting Colossus Series 7300 machine. Defeating this giant mech isn't easy so you should wait until your character becomes stronger. 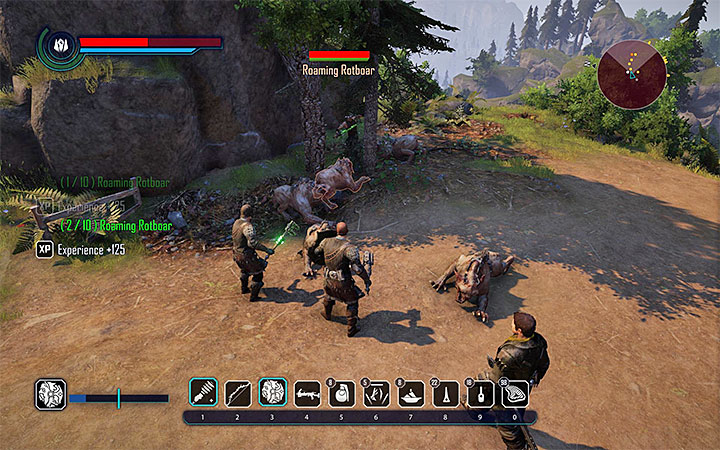 Jonesy is the third person that can give you a quest. You must get rid of 10 Roaming Rotboar monsters that can be found the village. Try to reach them one by one so you can face maximum of two mutated boars. If your character is strong enough, you can kill them by yourself. Otherwise, you should lure them near Jonesy, he will help. Each mutant gives you 125XP and you get 1000XP for killing them all. Go back to Jonesy and give him a report. You get 200 Elexit and another 1000XP. 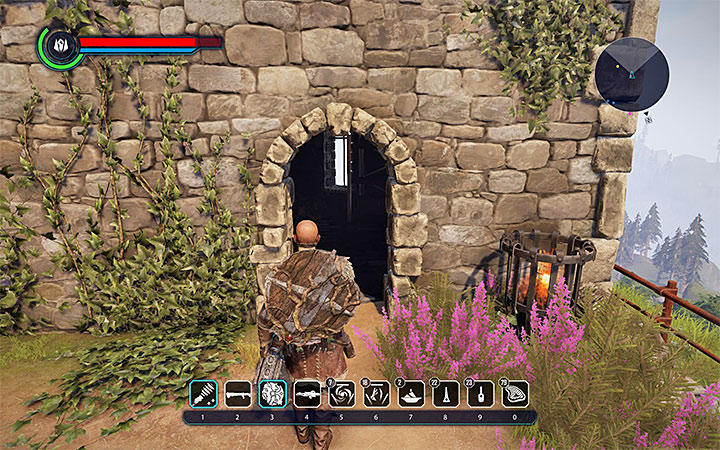 You can return to Lloyd after you complete the mini-quests for Eckard, Harley, and Jonesy. For helping all of the aforementioned men, you’ll be given 3000XP in total and the Tower Key. The tower will then become your property, and you can see the entrance on the picture above. Additionally, from now on you’ll be treated as the leader of the Origin village.