It’s one of the quests included in the Campaign of Vengeance in the hero’s journal. This quest requires you to find the refuge of the Alb-separatists and to meet them, searching for potential allies.

How to unlock the quest: Automatically, after a conversation with Duras during the main quest: Survive. 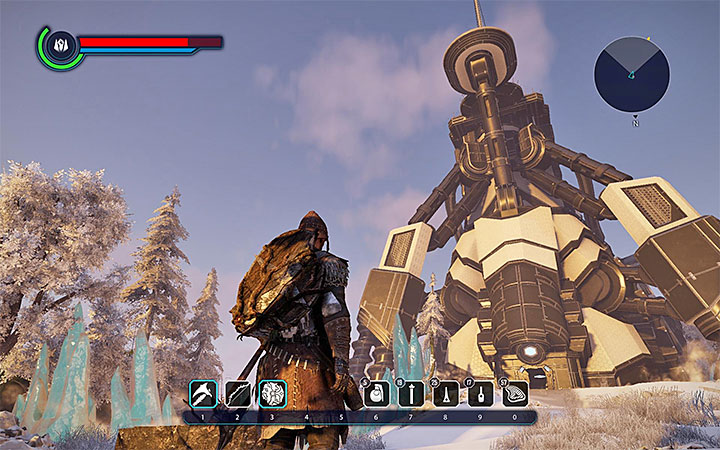 Enter the converter to meet the separatists

This quest will become available in your journal after the last conversation with the berserker Duras, as part of the main quest Survive. Alternatively, you can learn about this quest if you meet the patrol of the separatists led by Kerax.

The Alb-separatists refuge can be found in the Converter in South Abessa. After reaching the place, you will have to talk to their leader – Sestak (200XP). 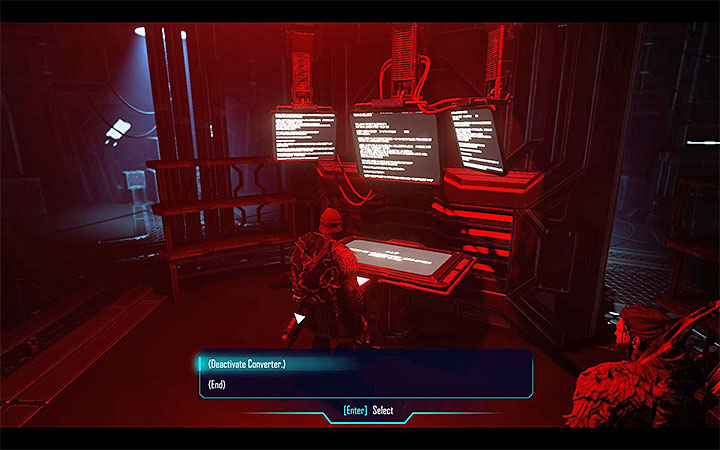 Convincing Sestak that you really hate the Albs will allow you to start cooperating with the separatists in order to weaken the Albs (400XP).

The first task of Sestak is turning the converter on in your current location. Find the elevator and use it. Reach subsequent elevators in the tower until you reach the top of the converter, where the control room is. Interact with the computer from the picture above and you will turn on the South Abessa converter (1000XP). You can report back to Sestak after you do that, but it’s optional. You should also check out the converter's roof because there you can find, among other things, a few Elex Drinks (free bonuses to development of your character).

Warning – Other converters, that you can find in the game's world, can be sabotaged in the same way. You don't have to deal with that right now but sabotaging them is a mandatory step in the later part of the story (more details can be found in the description of War of the Machines quest which is available in the third chapter of the game). 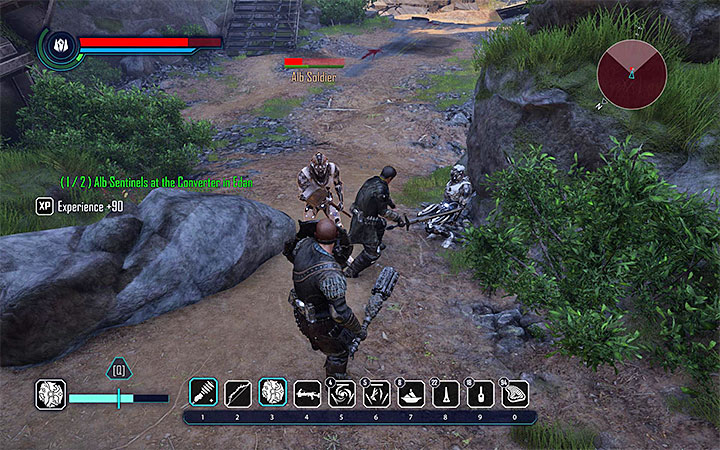 You must kill two Albs

There is another quest that is connected with the Separatists, called Contact, which is marked as a main quest in your journal from the beginning of the game. You should start doing it when you reach, at least, level 10. Move to Converter in Edan location and reach the appointed place. A fight will break out right after a cut-scene. You must kill two Albs. You receive 680XP in total. Go back to Converter in South Abessa and inform Sestak about your victory. Watch a new cut-scene and receive 700XP.

You can go back to Sestak after you join one of the factions during Free as a Bird quest and reach a rank that allows you to unlock better equipment. You receive 1000XP and additional 2000XP by completing all main quests from Campaign of Vengeance quest group that can be found in the hero's journal. This allows you to reach the second chapter of the game – Battle Plans.