This chapter describes the walkthrough to the Survive quest in Elex. It’s the first story quest in the game, unlocked shortly after you start the game. It requires you to escape from the starting locations and reach one of the bigger villages in the area to buy some decent equipment. The easiest way to do it is to accept the help of berserker Duras and travel with him to the town of Goliet.

How to unlock: Unlocks automatically at the beginning of the game. 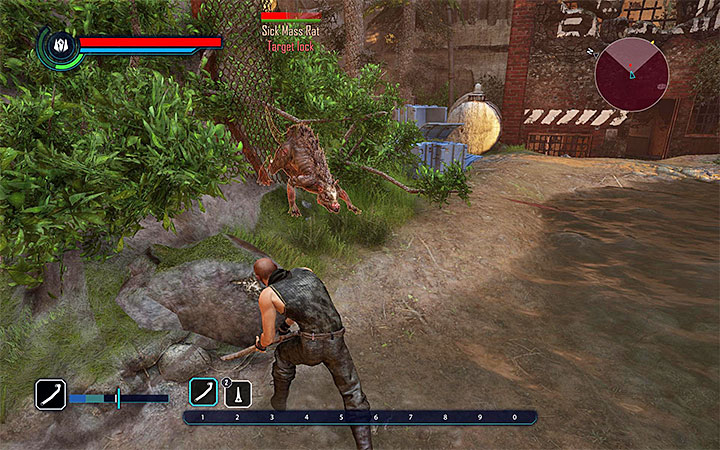 Defeating the rat isn’t hard, just make sure you dodge and parry.

Your adventure begins close to the ruins of the observatory, and the protagonist’s only piece of equipment is an iron rod. When exploring the area remember to collect all interactive items you encounter; even if you have no use for them now, they can be sold or may come in handy later for crafting.

You’ll soon encounter the first monster on your long path to endgame – a Sick Mass Rat. Be sure to look through the hints on combat (including those in our guide) to defeat it loosing as little HP as possible. Not far from there, you’ll find a destroyed C.R.O.N.Y. U3 drone. Examining it will unlock a new companion quest – A Half Defective Tin Can. 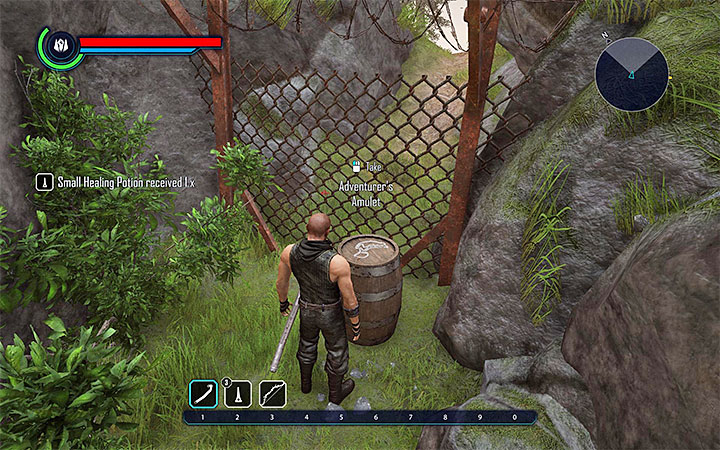 Before you enter the building, it would be a good idea to head left and explore the hill. There you’ll encounter a stronger beast, a Runt Biter (dodge it’s charges to the side). The most valuable item in this area is the Adventurer’s Amulet, shown on the screenshot (+1 to Lock Picking and +5 to armor).

Enter the building and defeat another rat. In one of the rooms you should find Cultivator Bow, which is a decent alternative for the iron rod if you prefer ranged combat (just remember to be on the lookout for arrows, as they cannot be recovered from the bodies of enemies). Once you reach the large balcony, the game will unlock a new quest line of the main story, Campaign of Vengeance (it will remain in your journal for almost the entire game). 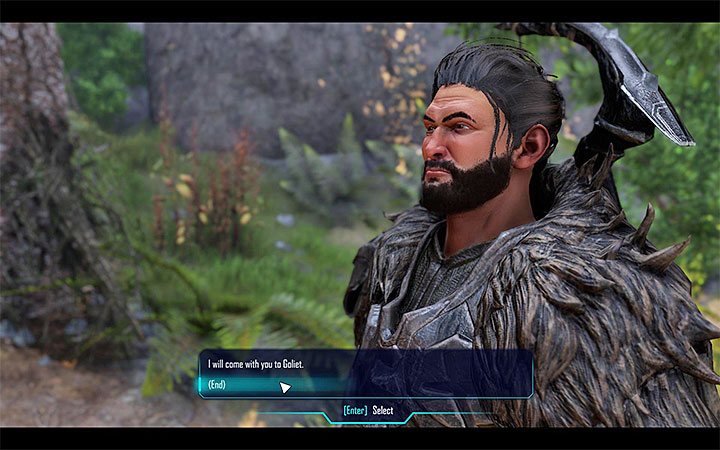 You can travel with Duras to Goliet or plan your next steps on your own.

Use the balconies to reach the elevator and summon it. Once it does its job in transporting the character, have the protagonist jump into a hole and grab the Jet Pack. From now on, you can use this gadget to execute short flights (use the jet pack to get to the inaccessible upper corridor), but remember that it has a limited energy supply (the energy regenerates automatically when the jet pack is not used).

Leave the ruins, after which you’ll encounter Duras, a berserker, and gain 200XP. Your choices during the conversation with Duras will influence his attitude towards your character. The most important decision is whether you agree to travel with him to Goliet, where Jax will be able to get some basic equipment. You can also refuse, if you wish. In the latter case, you can travel solo to Goliet (the village is located east of the observatory) or get busy exploring the world on your own terms (which we heartily disadvise, at least for now).

Note – traveling with Duras to Goliet means joining the Berserker faction. Your second chance to join them won’t be coming until much further in the game. 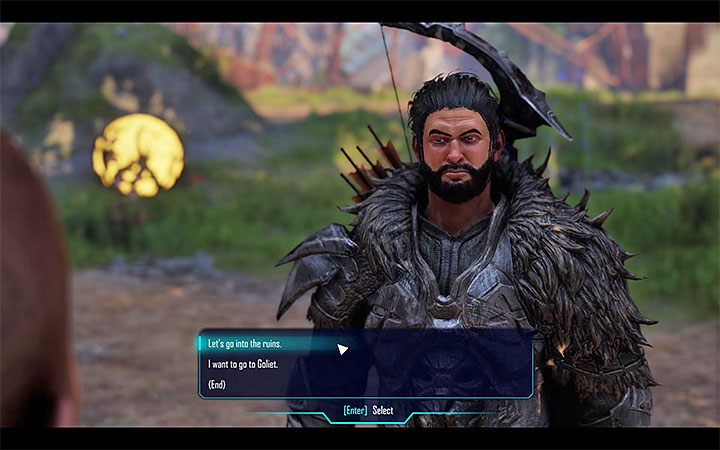 The decision whether to explore the ruins

If you’ve accepted Duras’ proposition, follow him. You shouldn’t lose him, as he will stop and wait for you (explore the area, and you’ll find, e.g. a better weapon – Rusty Axe – near the blood puddle on the bridge). What’s more important though, is the fact that Duras will automatically engage all encountered monsters. You can help him or leave him to deal with it on his own (you’ll be getting full XP even if he’s the one finishing off the beasts).

During your journey, you’ll collect a total of 400XP, and you’ll soon encounter larger ruins. Here you can make a choice: 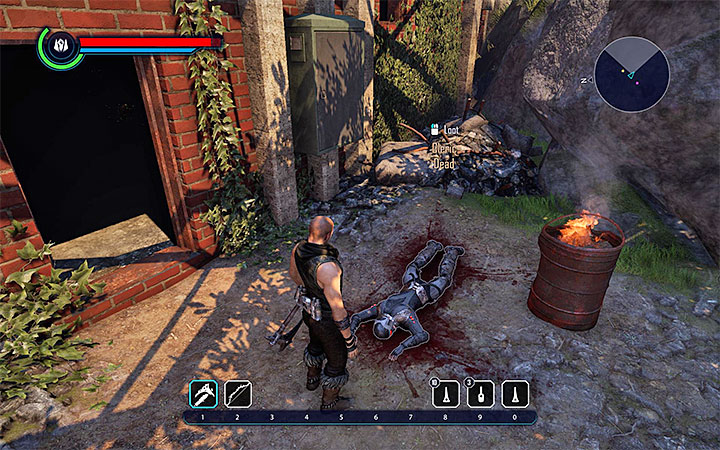 If you want to explore the ruins, enter them with Duras (200XP). Inside, you’ll encounter Runt Mass Rats, Clumsy Rotboars (a mutated boar), and Runt Critters (only in the basement), although you can leave your companion to easily deal with stronger enemies (which are marked with the skull icon). Inside the ruins, you’ll find the corpses of the clerics – as seen on the screen above. Searching each the bodies will yield you a Cleric Weapon (quest items, of which you can get rid of in Goliet), five pieces in total. For collecting all of them, you will get 100XP and additional 200XP for talking to Duras once you acquire all of them.

No matter whether you’ve explored the ruins or not, you’ll proceed towards Goliet. Once there, you’ll get 200XP and unlock a new companion quest, A Berserker Warrior. Approach the gate guarded by Drog to complete the current quest and get 400XP. You can now explore the village and unlock new side-quests, talk to Ragnar, or visit the local vendors.