The Albs are people that consume Elex constantly – thanks to that they are stronger, faster and more resistant but their humanity disappeared completely. They lost souls, feelings and their only goal is to rule Magalan. Their headquarters are located in cold mountains of Xacor. From there, they perform their actions aimed at the Clerics and the Berserkers – Albs hate them because of those factions' approach to Elex. The Albs want to achieve a perfect (according to them) version of a world where there is no place for any feelings. They are hostile to almost anyone – although the main hero was once high in their hierarchy, he is now on their wanted list of people that must be eliminated. To achieve their goal, they use advanced technology powered by Elex but they also use magic powers. 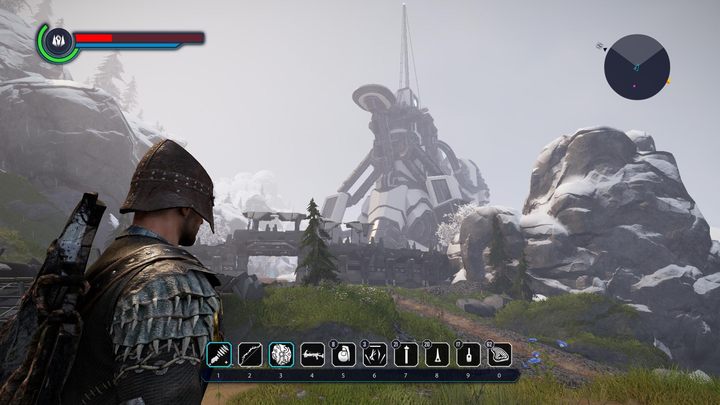 The Separatists are rebellious Albs that left Xacor – whether because of differences in world view or because they wanted to escape from being executed (Albs are very strict and punish every mistake). Some of them are trying to stop taking Elex. They roam the planet in constant fear caused by their departure from the faction and they can be helpful in actions that are aimed at Albs – since they are ex-members, their knowledge about the organization is huge.