The Berserkers have their headquarters located in Goliet. You can meet their members right at the beginning of the game. At a first glance, they may look primitive - they wear armors from old times, use simple swords and bows and live in wooden huts. They don't tolerate any technology and each use of it is commented with disapproval by their members (even a simple action of checking your journal isn't well-received). On the other hand, this is the only faction that can use mana (they use Elex to produce it) and complicated battle and protective spells. They enchant weapons, summon ghosts that help them in fights or know healing spells. Joining them allows you to use those abilities. 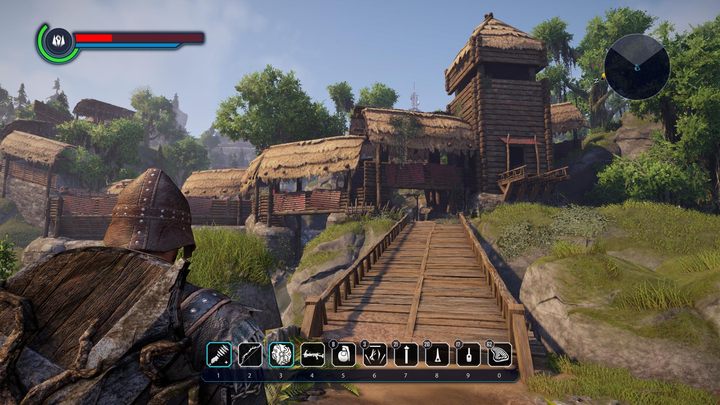 Berserkers try to save the planet from destructiveness of Elex - they grow, so called, World Hearts, plants that cleanse the earth from the substance and make life to be able to spring again. Thanks to them, Edan looks the most natural out of all lands - here, you can find a lot of vegetation and traces that were left by the fall of the Comet are disappearing.

How to join the berserkers?

In order to join the berserkers, you have to go to Ragnar in Goliet - more precisely, in Hotels Ruins of Goliet. After saying you want to join, the quest Allies from the Middle Ages will begin - you will have to gain favorable options from the Berserker leaders (the most important are: Ragnar, Cormag and Angrim). Ragnar will also give you a mission (and it's the most important quest here - your future in berserkers hinges on the completion) - Departure to Foreign Lands. To complete the quest, you have to visit all major cities in the game. 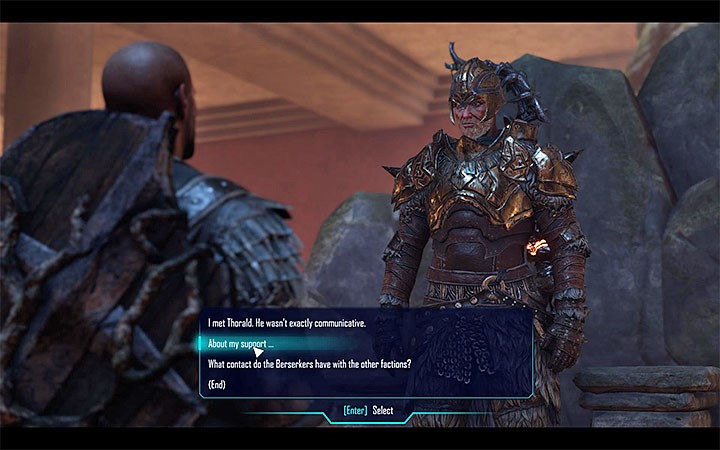 The progress of gaining trust among the faction can be checked at Ragnar's.

If you manage to do enough for the berserkers, Ragnar will allow you into the faction - you will get Cultivator Armor, one Berserker skill point and the Magical Fist spell. Mind you, however, that these quests aren't always concluded with an outcome that's good for the Berserkers - if that happens too much, Ragnar won't agree for your joining. You can still mend that situation, though.

Note - the hero can join only one faction. All quests given by the rest are canceled upon entering one of the factions. Remember that during different quests you might encounter choices that can either help or harm the given faction, which can in turn help you or prevent you from joining them.