Combat is one of the most important elements of this game and you will have to participate in them often. Because of the peculiar universe, Elex offers various combat options – you can choose from swords, bows, spells, grenades, regular guns or those that shoot plasma. The options are plentiful and each one of them has pros and cons. You can decide to use only one type of weapons but mixing a few of them is also effective.

Using melee weapons is the basic way of eliminating enemies. You can learn about that right after starting the game. This style is rather demanding and, during fights, you must remember about two important things. 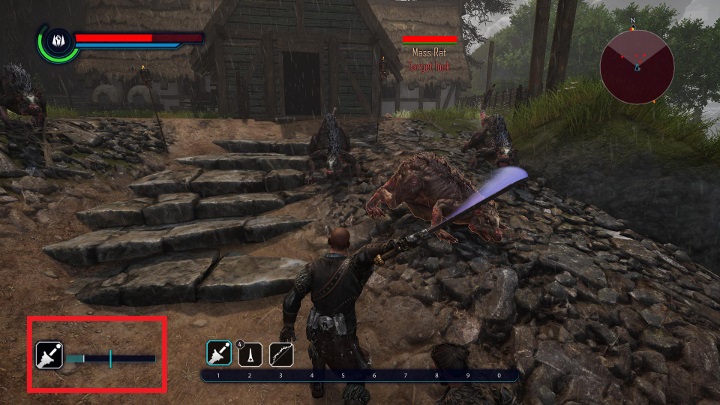 The bar, marked in the picture, is helpful during attack sequences (a combo is more useful than single attacks). You start a fight with an empty bar and each attack fills it a little bit. If you want to perform a sequence, you must hit before the bar starts depleting. When you fill half of the bar, you will be able to perform a special attack that deals more damage. You should also remember about parrying and dodging attacks – this will help you to reduce damage that you can receive.

Managing your stamina is very important. You can see it right next to your health bar. Each attack depletes it and when the bar is empty, you won't be able to use attacks. This means that you should keep an eye on it and when you are close to depleting it, you should move away from an enemy and avoid their attacks. When your stamina bar goes back, you can attack again. Stamina ability increases your stamina level permanently so if you decide to fight at a close range a lot, you should get it.

Other useful abilities for melee combat:

Ranged combat allows you to eliminate enemies from a safe distance or even from rooftops or tops of rocks. In Elex, you can choose from bows, crossbows, regular firearms, plasma weapons and grenades. Remember that each weapon requires a certain type of ammo – arrows, bolts, bullets or plasma cells. 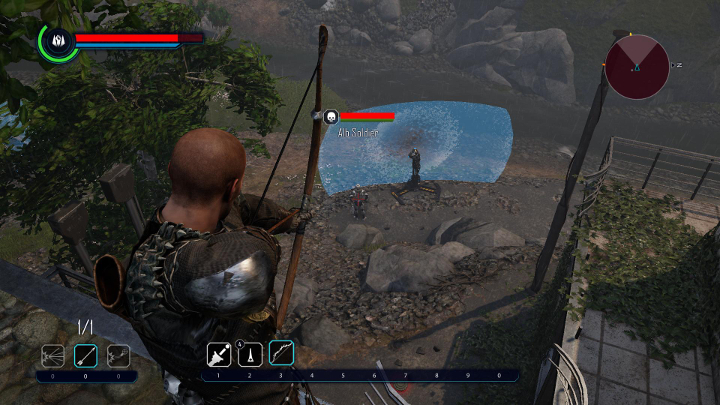 Ranged weapons allow you to avoid direct contact with an enemy.

In Elex, the term magic exists only in the Berserkers faction but Clerics have PSI abilities that work similarly to spells. Spells can only be used when you enter a faction. The Outlaws also have some "support" for combat. They manufacture stimulants that have similar effects to spells. 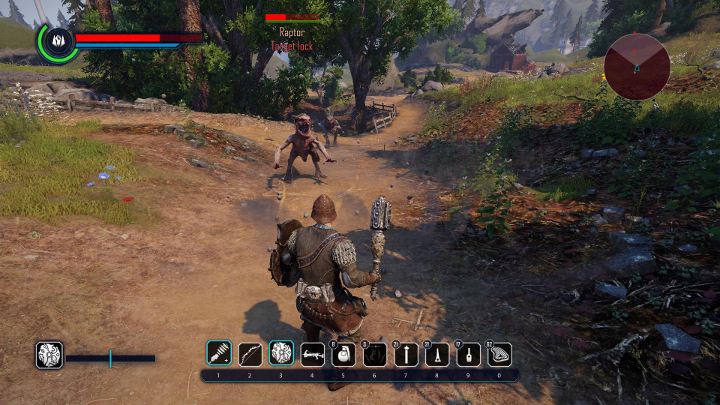 Berserkers can summon ghosts, enhance weapons or poison their enemies. Clerics create protective shields, teleport at a small distance or hit enemies with force waves. Outlaws use special stimulants that increase their damage, resistance or speed of their health regeneration. Upon entering one of the factions you get access to unique spells or abilities.

Besides the usual damage, your character can also be exposed to four effects – radiation, fire, cold and poison. All effects make your health bar deplete quicker and hinder your regeneration. You can use the following abilities to help yourself: Radiation Resistance, Fire Resistance, Frost Resistance and Poison Resistance. Each one of them increases your resistance to that specific effect. 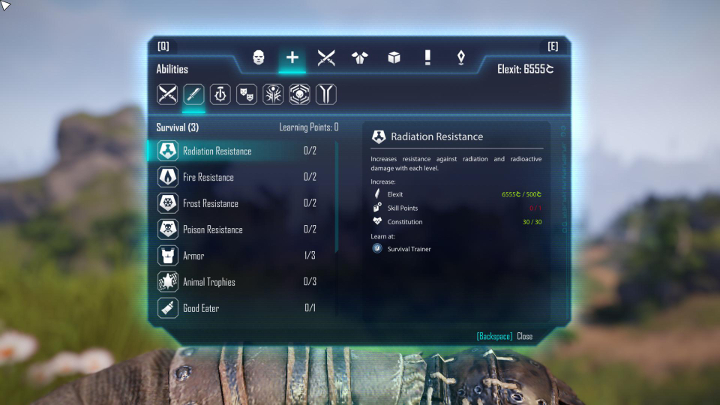