This page of the guide to Elex 2 contains information on how to change the time of day, e.g. from daytime to nighttime or vice versa. Additionally, you'll learn whether changing the current time in the game world affects the course of quests.

Choosing the time of day 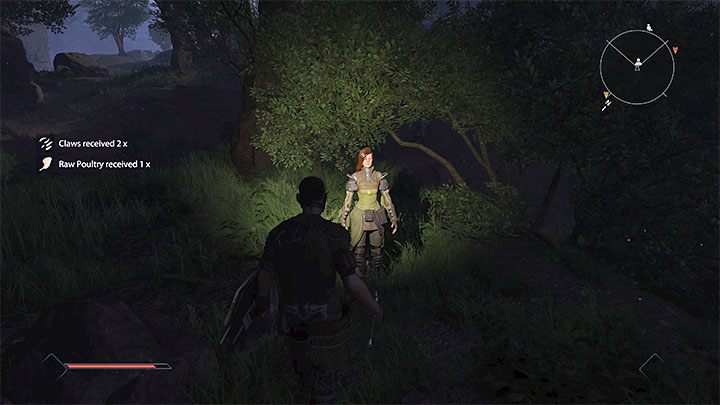 In Elex 2, time passes faster than in real life, although the days in the game are relatively long. You may want to change the time of day especially if you want to avoid traveling at night. Visibility drops significantly after dark, and even though the game features a flashlight with unlimited battery, it is still much easier to die at night, e.g. after encountering monsters or entering a trap that you haven't noticed. 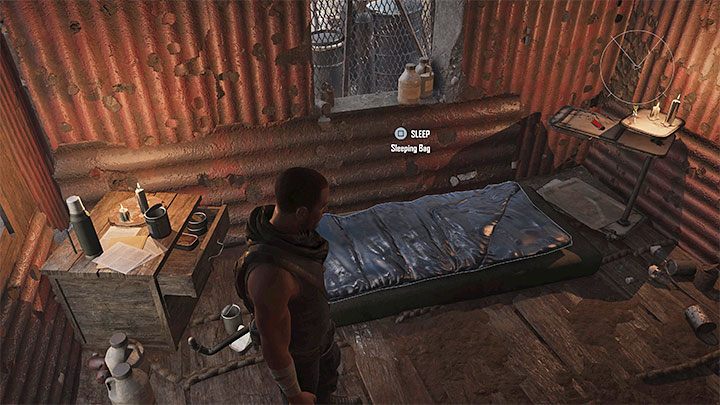 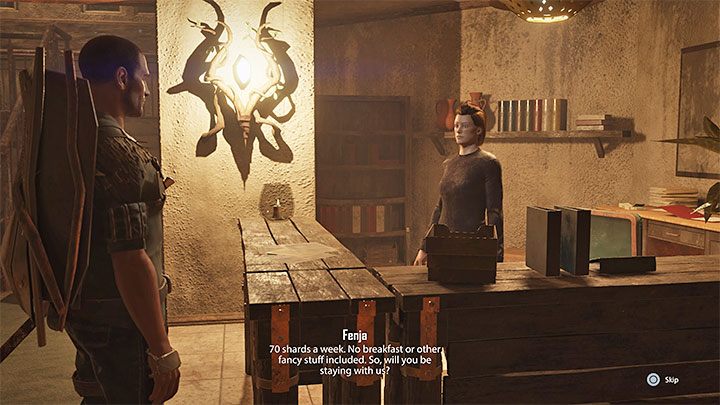 You can also use inns in the game - see the picture above for an example inn at the Fort. Jax must pay upfront to stay the night. We don't recommend this method, because Elexit has better uses for other purposes, and you can simply use one of the free places to rest. 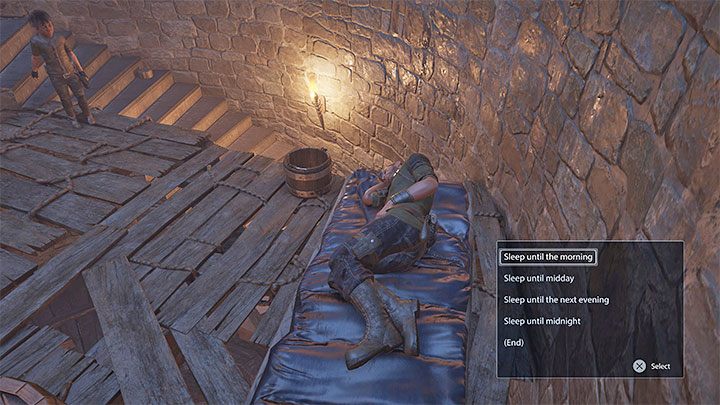 After interacting with the bed or sleeping bag, you can choose one of 4 times of the day - morning, mid-day, evening or night. Resting will also restore Jax's health fully.

Does time of day affect the quests? 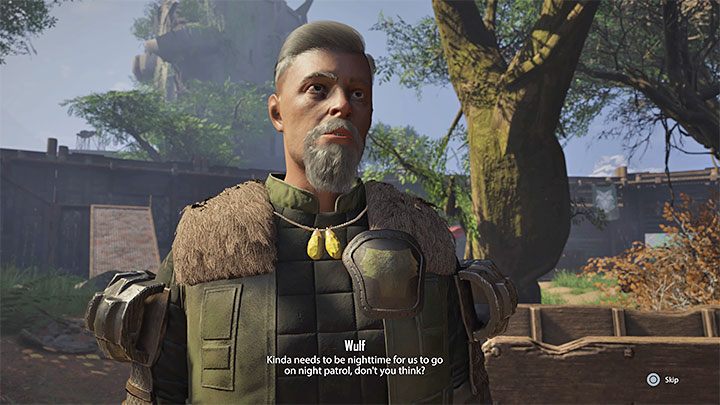 In most quests you receive, you can choose the time of the day, as it will not affect the course of the quest.

Some missions, however, may require you to complete them at a certain time of the day. In the example shown in the picture above, Jax can go on the night patrol with Wulf only after dark, so you won't be able to make progress in the quest until nightfall.

The game may also force you to wait a certain amount of time in order to continue a given task. This can be several hours or several days. If you want to immediately resume a given quest, you can sleep several times in a row to speed up the passage of time. 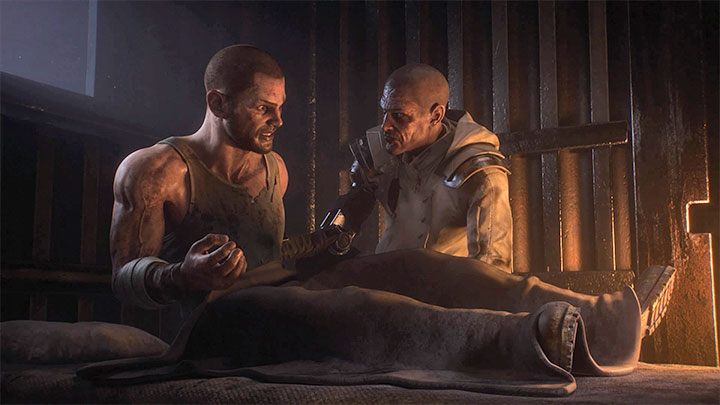 What's important for the entire campaign is that there is no time limit for completing the game. This is especially important with respect to the infection that Jax gets at the very beginning of the game. The infection will not proceed based on the number of days that pass in the game, but rather along with the progress in the main storyline. You can use beds often and not be afraid of any negative consequences associated with it.