This page of our The Elder Scrolls Online game guide explains exactly how the Justice System works, that is the system of applicable laws and penalties for breaking them. You will find out what can happen after a crime has been committed in TESO and how best to react when you find yourself in front of a law enforcement officer. 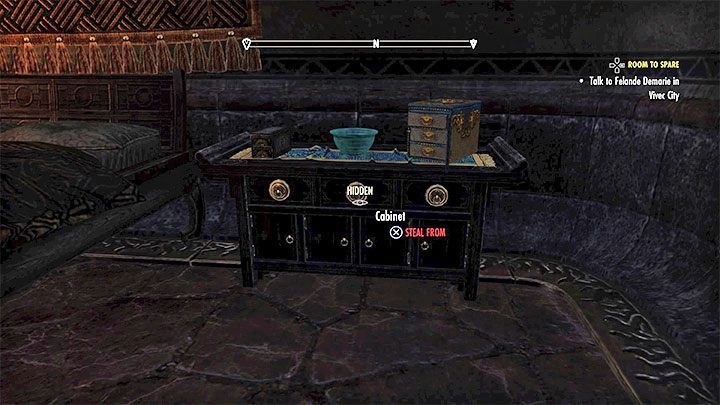 In TESO, the game notes that a crime is committed only if you have been caught or simply performed a prohibited act while you were in the field of view of at least one NPC. Crimes in the game are divided into minor (Petty Crimes) and major ones (Major Crimes). 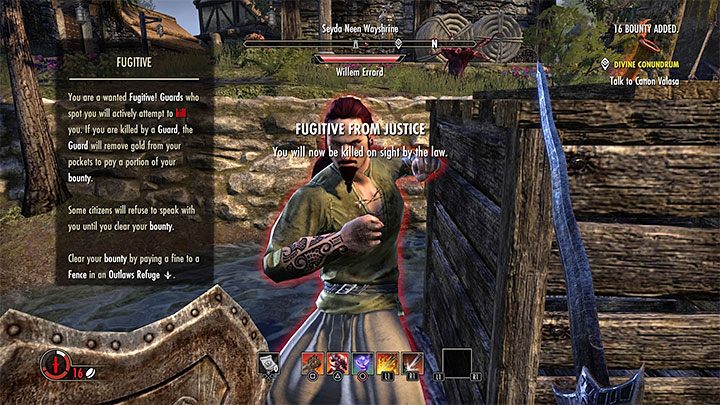 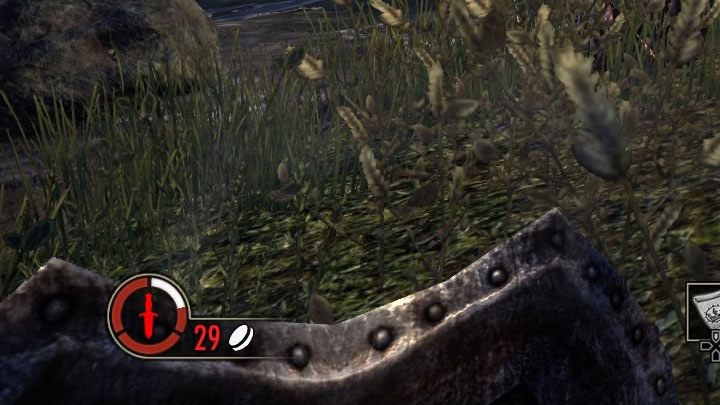 Encounters with the guards 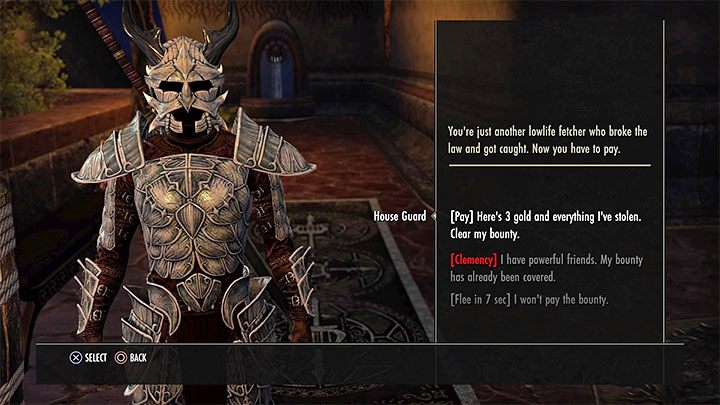 Filling up the bar of infamy and the appearance of a bounty for a hero's head are of real importance - you can expect a reaction from every guard you come across. There are two main types of guard reaction:

If you have been stopped by a guard, you can pay a fine and additionally return all stolen items from the hero's inventory to the guard. This will reset the infamy meter and bounty. You will no longer be stalked by further guards (of course, until you commit another crime). Note - in TESO, there is no option to serve time in prison just like in Skyrim. 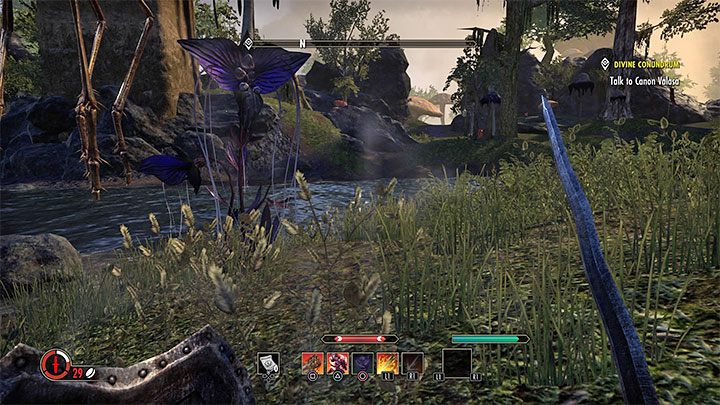 The chase can happen not only if you have high Infamy Meter and Bounty, but also if you decide to escape (Flee option) after being stopped by a guard. Don't try to kill the guards. They're immortal. The only chance is to lose them, either by getting far away from them or by getting to the hiding place of Outlaws Refuge (the headquarters of the criminal world - they're available near every larger city). While escaping, be ready to quickly press the buttons indicated by the game if the hero is temporarily disarmed by a guard. 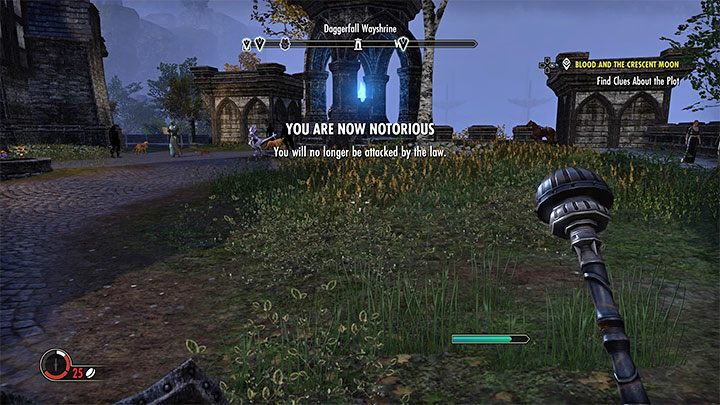 After you lose the chase, you will be informed every time that Infamy Meter has decreased. This will allow you to easily determine when the risk of an attack from a guard will disappear and when you may be able to return to towns and villages without the risk of a hero being detained. 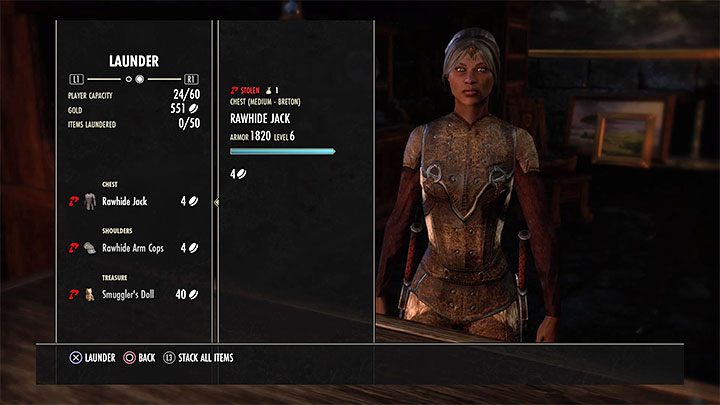 In The Elder Scrolls Online, stolen items have a special marking (red hand icon), as a result of which you cannot put them up for sale (they can be taken away from you when a guard stops you). You can solve this problem in three main ways: