This page of our guide explains how to join player guilds in The Elder Scrolls Online. You will find out where the player guild viewing option is, how to join one of the existing guilds, or where you can create your own guild. There are also regular guilds, such as the Fighters Guild or Thieves Guild. 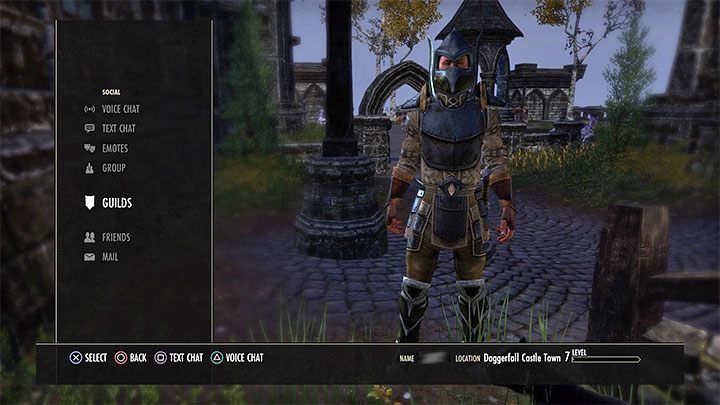 You can take an interest in the topic of Player Guilds at any time during the game. Once you enter the options menu, you have to click on the Social and Guilds buttons. You will get to the Guild Screen. 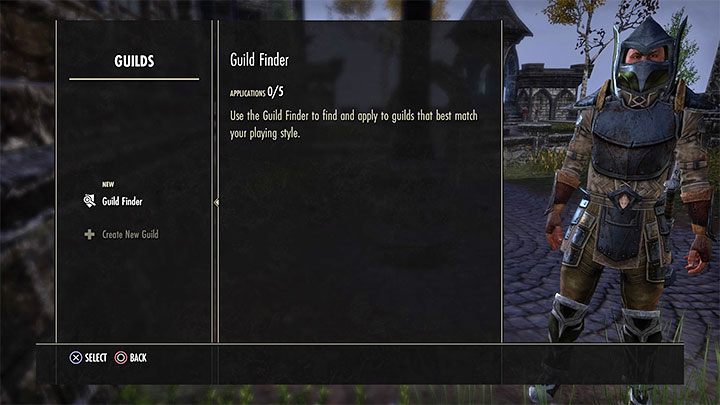 There are two main options available on the Guild Screen: 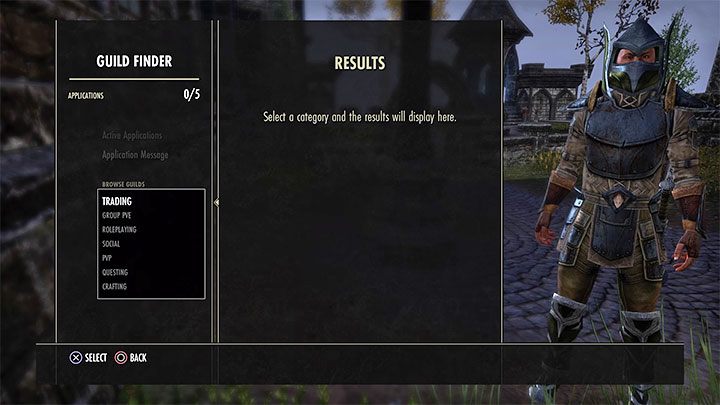 After selecting the guild search engine, you can set a filter to determine what kind of guild you are looking for:

Of course, many player guilds have selected different specializations (or even all of them). After setting the search criteria, the game won't find guilds that, for example, specialize only in crafting and are not interested in other activities.

When searching for guilds, the alliance you chose when creating a new character is not taken into account, that is, you do not have to choose between guilds from the same alliance. All guilds are being displayed. However, a specific guild may choose to join the campaign, and in this case only those players who have characters from a particular alliance will be allowed to participate in the battles. 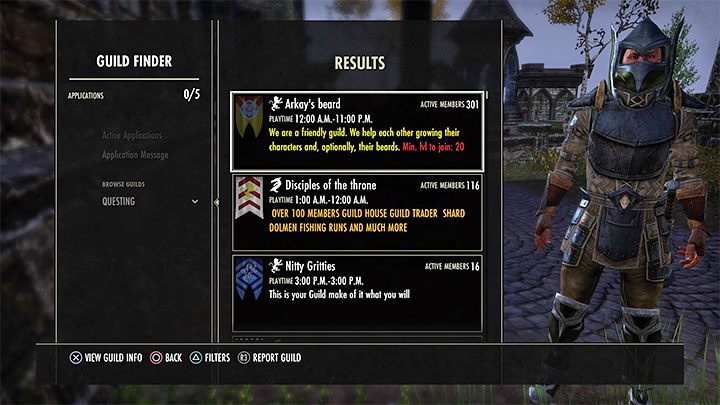 On the search screen, a list of Guilds will appear matching the previously selected category or activity (for example, Questing as shown in the picture). Note here a few things: 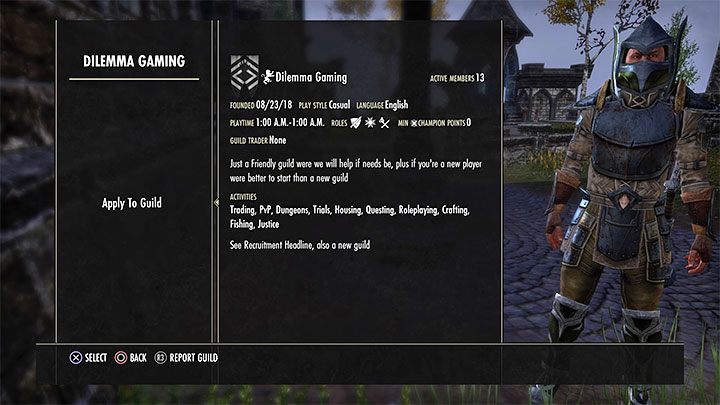 Note - There are important restrictions while you want to become a member of a player guild: 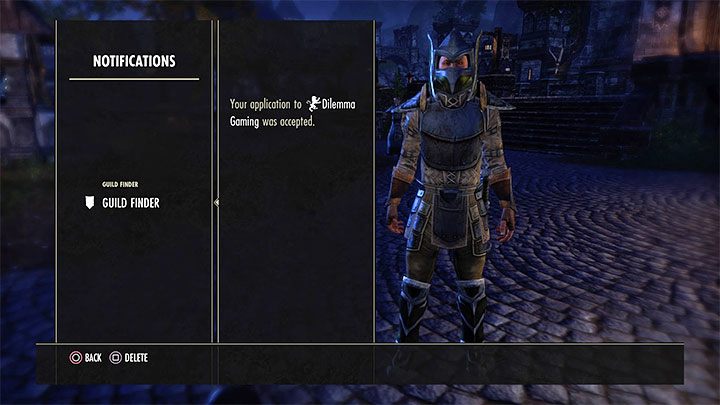 After you send your application, you have to wait to receive a response from the guild. If it's positive, you'll join it right away.

Additional note: your account is attached to the guild, not just your current character. If you change your character to another of the currently created ones, you will still be a member of the same player guilds. 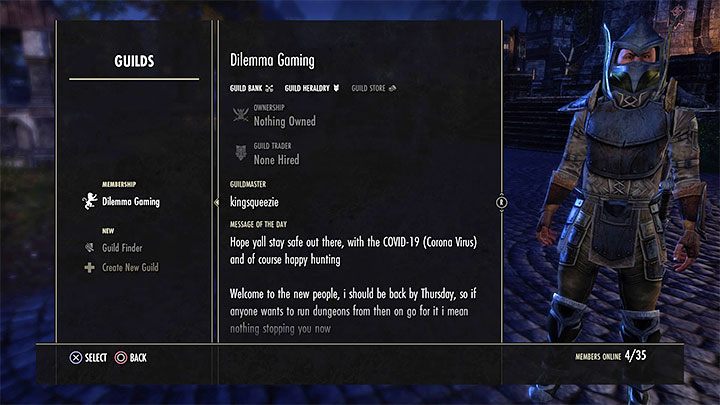 On the guild's main screen you can find, among others, a message from its founder or information about its features ( whether it owns a Guild Bank or a Guild Store). 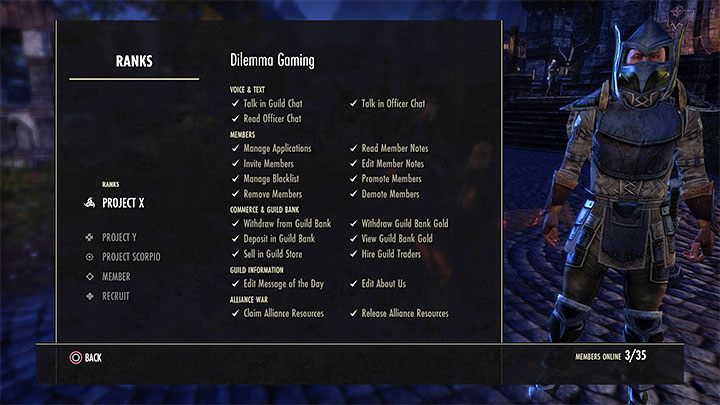 It's also worth taking a look at two important tabs: 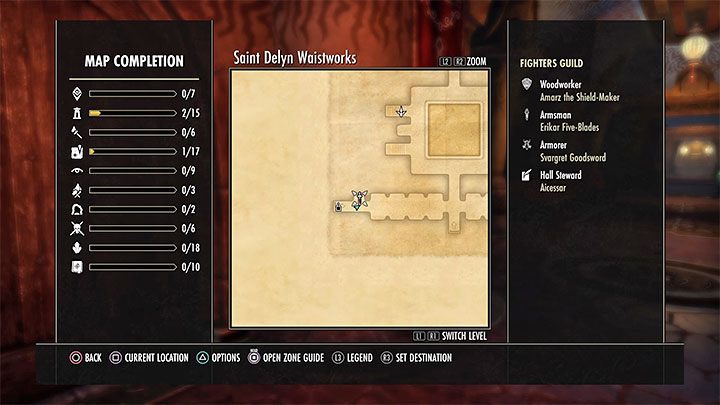 There are also guilds run by NPCs in the TESO world, and most of them should be familiar to you from previous parts of The Elder Scrolls series (for example, like Skyrim or Oblivion). The most important of these are:

You can easily join the guild of your interest by visiting one of the larger cities. You can visit the guild headquarters or pick up a guild-related quest. 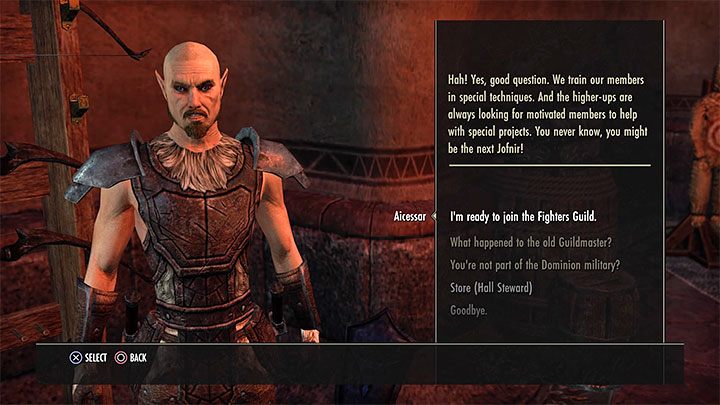 Depending on the guild, you may be accepted as soon as you have had an initial conversation with one of its members or only after completing a related guild quest. From now on, you will be able to perform quests for a specific guild and receive bonuses (for example, new abilities) as a result of your promotion in the guild ranks.