The first few pages contain tips that will help you join the game. You will learn how to create an account in TESO, which version of the game is the best deal, how to create the first character using the character creation system, is it possible to play alone, is TESO similar to Skyrim, how to level up fast, how to get more gold (septims) and how to complete the tutorial.

The next pages have starting tips where we have included various hints for the most important gameplay mechanics or some less obvious elements. You can also learn more about combat, stealth, exploration, communicating with players, completing quests, stealing and getting into trouble with the law, joining guilds, microtransactions, paying for ESO Plus subscription, or developing your character.

Our TESO - The basics guide also has a FAQ section in which we answer frequently asked questions regarding the game. You can find out, among other things, how much time you would need to finish all the expansions, is it possible to have more than one character, how to use emotes, how to avoid making frequent mistakes, or what happens after your hero dies.

The last section has pages dedicated to the controls, TESO system requirements as well as achievements and trophies.

TPP view in TESO - is there? 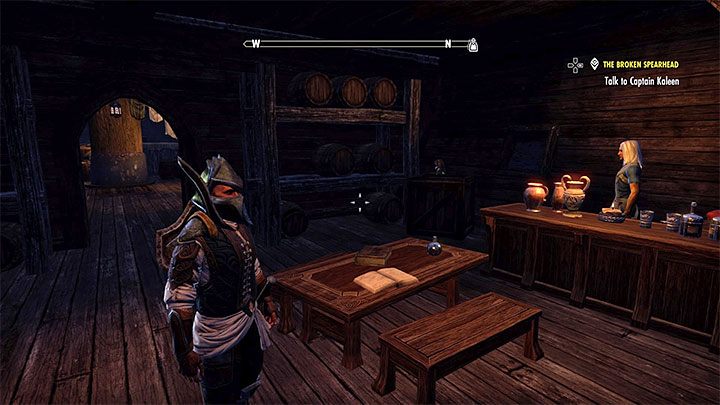 The game will offer a first-person view by default, but you can freely switch between first-person and TPP views. You may change the camera view freely during world exploration and during combat. To do this, you need to press the V key (PC) or the down directional button (PS4 / XONE).

Disk space - how much does the game take?

Current build of The Elder Scrolls Online (from early May 2020) takes up:

The game world, of course, continues to grow as large new expansions are added that offer entirely new lands to explore.

Playing the game offline - can I?

No, The Elder Scrolls Online is an mmo production and that means you have to have a constant internet connection and be logged in the game's servers. Gameplay will be interrupted if you lose your Internet connection or if there is an error related to the server operation.

Microtransactions - are there any in the game? 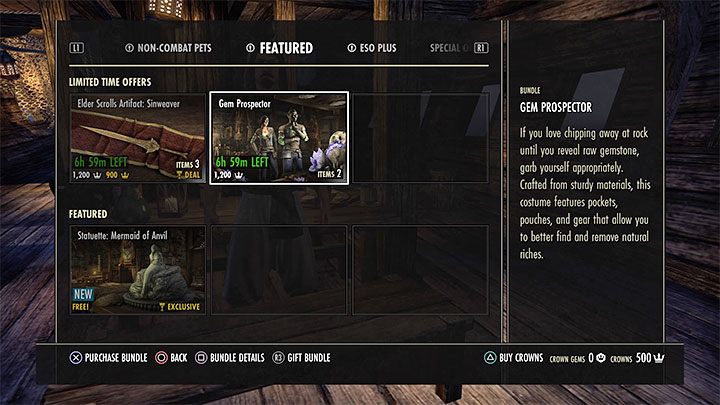 Yes, there are microtransactions available in the game. You can buy Crowns currency with real money and then spend the Crown in the so-called Crown Store. In this store you can buy, among others, new accessories for the game, ESO Plus subscription, cosmetic items, disposable items, houses and furniture, mounts or new outfits. TESO is not a pay to win (p2w) production. The game allows you to progress and acquire better equipment through normal gameplay.

ESO Plus subscription - do I need to pay it?

No, having a subscription is optional, although it offers a number of advantages and makes the gameplay easier. You can only purchase the game once and you don't have to pay an additional fee every month (like in case of WoW, where monthly subscription fees apply).

The subscription allows you, among other things, to access all expansion packs, get a bag with unlimited capacity for crafting ingredients, speed up character development, or receive a pack of Crowns every month. All features of the subscription have been described in detail on a separate page of our guide - ESO Plus Subscription.

Voice communication on consoles - does TESO have it? 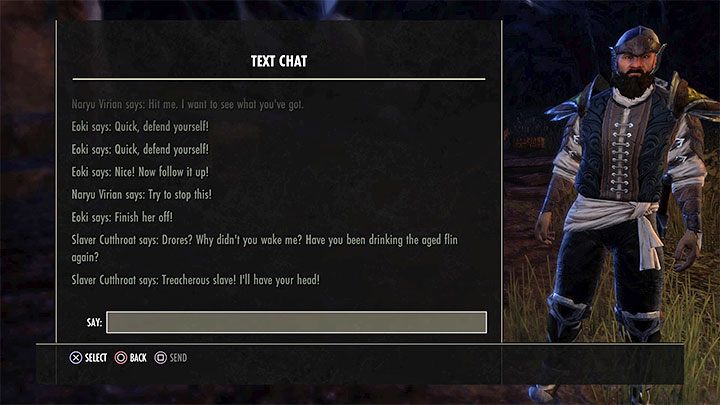 Yes, the console editions of The Elder Scrolls Online have a set of options to communicate with players. You can enter Text Chat and use Voice Chat.

PC version of TESO - can I buy it on Steam?

Yes, The Elder Scrolls Online is sold not only at the official Bethesda store, but also on the Steam platform. Its individual versions can be bought for identical prices and all game accessories (including the Crowns) are available for purchase.

System requirements - are they high?

No, The Elder Scrolls Online can be successfully run even on an older computers. TESO - minimum system requirements:

Note - a stable internet connection is also required to run the game.

Story quests in TESO - are there any? 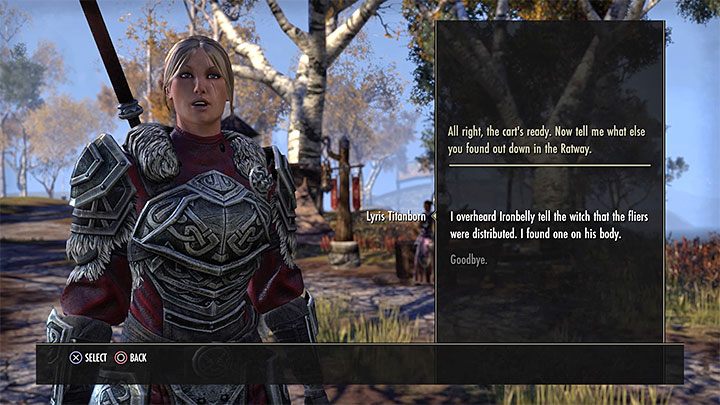 Yes, despite being a mmo game, The Elder Scrolls Online places great emphasis on the storyline. There are many different variations of story quests available - you can among other, participate in quests associated with the main storyline or tasks related to the main regions of the game's world. All NPCs dialogues are fully voiced and there are many conversations where different behavior options are available. The quests themselves are quite diverse. In addition to hunting monsters and searching for designated items, you also have to carry out investigations or protect important NPCs.

In a nutshell - completing quests in TESO might suit you if you enjoyed tasks available in Skyrim or Oblivion.

Exiting the game - how to do it? 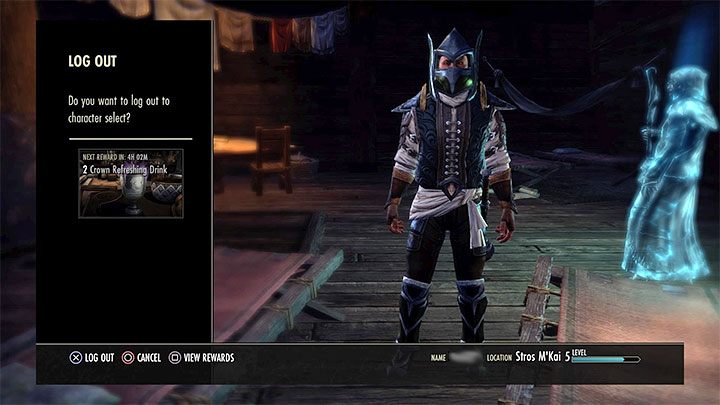 Your progress in TESO is saved on a regular basis by the game, but if you want to make sure you don't lose anything, we advise you to log out of the game every time. At the bottom of the options menu you will find the Log Out option. After choosing it, you have to wait 10 seconds for the game to log you out. You can cancel your decision to log out during this time and continue playing. 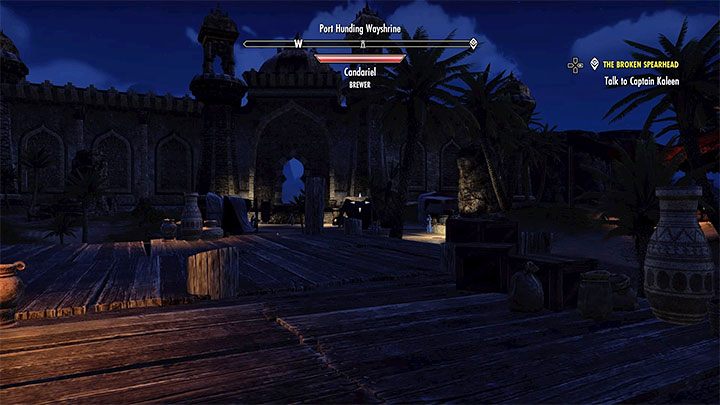 Yes, you can experience changing seasons and dynamic weather. The Elder Scrolls Online also includes, among other things, basic weather phenomena such as rainfall or a weather storm.

Censorship - how to disable? Profanity filter 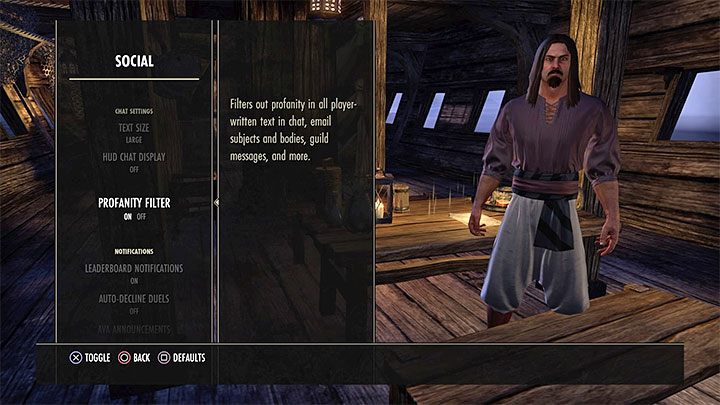 The Elder Scrolls Online, in order to protect players, censors popular swearing and bad words by default that may appear on the chat screen, in the received messages or on the player guild screens. If you want to disable censorship then in the options menu go to the Social tab and set the Profanity Filter to Off status.

Progress of the game - how is it being saved?

In TESO, the game automatically saves all your progress (every now and then a save icon may appear in the top right corner of the screen for a short while). You can't create a manual save - it's worth remembering especially in the context of breaking the law and the death of a hero, because you can't undo a bad decision or a failed battle. The state of your game is also saved when you log out of the current session.

Crossplay - does TESO include it?

No, there is no cross-play feature in the game, that is, you cannot play with people who own TESO on other hardware platforms. This also applies to console versions - for example, when playing PS4 you cannot play with people who play the game on XONE. However, The Elder Scrolls Online may receive a cross-play feature in the future.