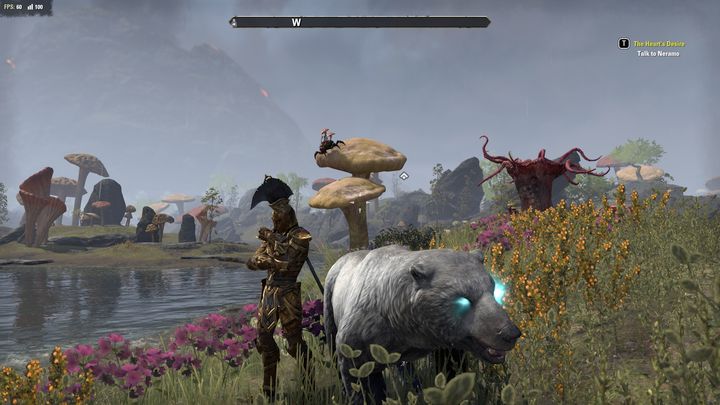 Morrowind, the expansion to Elder Scrolls Online, introduces a new character class. The Warden is a class specialized in two things: summoning wild animals to fight for you and wielding the powers of nature and ice. In contrast to other classes, the Warden possesses very diversified skills. It fills the gap for the players who don't like to be limited by a single, predefined role of their chosen class. This means that there are several valid builds for the Warden, enabling you to choose your preferred playstyle. Such a thing is possible due to this class possessing skill that may be modified depending on Stamina or Magicka. Once you reach a certain skill level (Morph) you'll be able to choose a modification. On one hand the skill will use the Stamina stat, on the other - Magicka. We can easily say that this is the first class to maximize its worth being a support, a secondary tank, or a magical DPS (also secondary).

As can be expected from Elder Scrolls Online, you don't have to limit yourself to just one combination. Nothing prevents you from using staffs and heavy armor, and linking your skills to the Stamina stat. Nothing forces you to play it as all the other classes as well, but if you want to maximize your damage, stamina or your ability to act as support, you'll have to decide which role fits you best before you allocate your Magicka, Stamina, and Health stats. The Warden, however, lacks the skills that would be best for specific roles (perhaps except for supporting their party with various bonuses), being inferior to mages and rogues as DPS (due to limited number of damaging active skills) and to the Dragon knight as a tank (due to having not many tank skills). It can, however, replace a Templar, dealing more damage, healing more damage and supporting their party with various buffs.

The following proposed builds will focus on two aspects. First one will be dedicated to solo play, aimed at players who do not wish to be a part of a guild or a party, and would nevertheless like to complete the story of the expansion using the new class. This build will be a DPS-dealing hybrid capable of healing themselves. The second build will be a typical party-oriented character. Its focus will lie mostly in party support, offense being secondary. Keep in mind that both builds may be modified as you see fit, as they serve only to show the strong and weak points of the new class.