This page of The Elder Scrolls Online guide has a recommended Sorcerer build. Its idea is to make a Sorcerer become a Healer/Support focused on aiding other team members. We have prepared general information about this character build and listed the most useful skills. 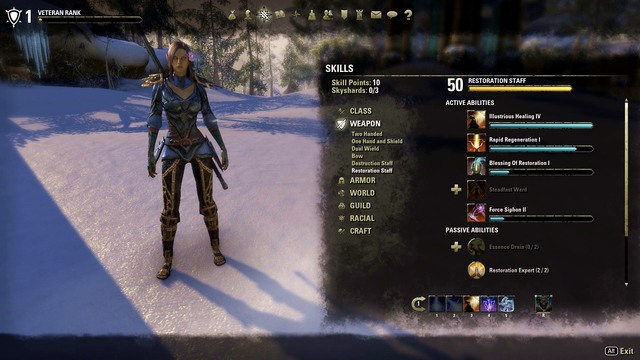 In the first build with the second weapon, it has been specified how to combine, effectively, the inflicted damage with healing of the self and the allies. This build is centered around keeping the allies alive and helping them control the groups of opponents, whether in dungeons or on PvP. To use this healer build to the utmost, you need the 50th level on the Restoration Staff tree. Then, you receive the ability that is ideal against strong opponents (bosses). Your task, as a healer, is to stay away from opponents, monitor the health bars of the party members and position yourself in the battlefield, in the way that allows your abilities to reach the allies.

Sorcerer as a healer focuses, first of all, on healing abilities, magic defense and casting debuffs on opponents (if there is enough Magicka).

IN the set with the first weapon, you first focus on healing. These abilities are indispensable for keeping the allies alive, in plight. With this build, you are capable of ensuring constant protection to your allies, whether in a dungeon, in PvP or in battlefield.

Before you start the fight, you cast the Rapid regeneration buff on each ally. The second ability is getting at the back of your party, so as to have all of them in front of you, and cast a spell that heals the allies and raises their defenses Blessing of Restoration. Once the fights start, stay away from the enemy and monitor the health bar of the allies, on a regular basis. If the battle is too demanding to win it, basing on buffs only, help yourself with Healing Springs and Blessing of Restoration, which restore the health of the allies immediately.

What is useful against bosses, or the more demanding opponents, is the abovementioned 50th level of the Restoration Staff tree and the Force Siphon ability, used against the opponent. This ability results in regeneration of health, whenever you deal damage to the opponent under that effect. While fighting groups of monsters, you can summon the Storm Atronach, which will stun them and focuses their attention on itself, while dragging them away from you and your allies.

If, in the course of the battle, you run out of magicka, and there is still some cooldown time left before you can use the restoration potion, use Dark Conversion to regenerate Magicka.

In the set with the second weapon, we focus on the situation in which it is not critical to heal allies. While dealing damage to the opponent, it is a good idea to have healing abilities at hand. Your role here is not to deal damage, which attracts the attention of the opponents, but rather to finish off the ones that are low on health. A good idea is to cast AoE abilities, for which using synergy is a perfect tactic (Liquid Lightning), thanks to which the fights with the more demanding creatures is faster and more effective. While fighting, you can still heal allies and cast the ultimate ability. 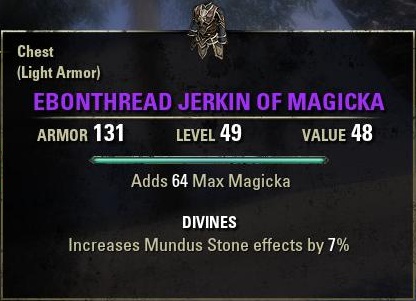 Sorcerer, as a healer, requires you to use the Restoration Staff. This build is entirely centered around healing yourself and your allies, with the possibility of dealing damage and helping your allies.